Some time ago I noticed that S1 SAR GRD products around the 180 deg longitudes, when inserted into qgis they look like that: 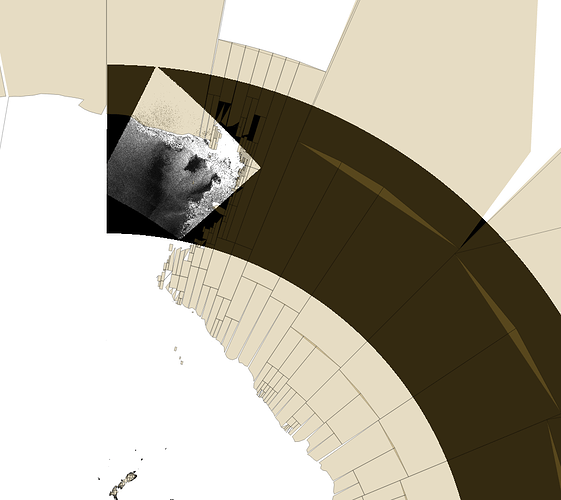 If you wanted to reproject them to a desired CRS they looked even worst, with very strange artifacts. I came with a solution where the GCPs had be extracted from the geotiff and be written again but reprojected to the target CRS. Then reprojecting them would create a decent image. I did that using gdal library. 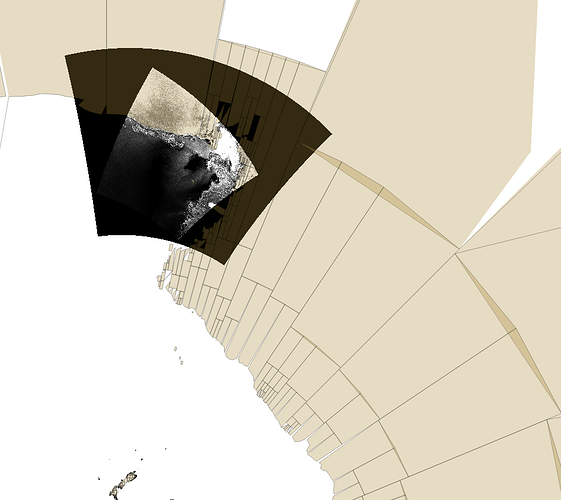 Is this a known problem or bug for images around 180deg lons? Is there another way to solve this issue? For reference the filename is :

Yes, this is a known issue. If a scene crosses the anti-meridian the resulting scene after reprojection spans the whole globe. Only solution is to split it into two scenes. Left and right side of the anti-meridian.

Thank you for your reply Marco. It seems there is one more way as I mentioned, if someone is interested to follow. Till now seems to work well.