I have stumbled upon the ability to produce very high coherence, but it reveals an issue with Band Select.

Question #1: In absence of Band Select, what bands are being interfered? (It is clearly not a HH/HH interferogram).
Question #2: Is there some way to produce other kinds of interferograms using Band Select (e.g. HV, VV, VH…all can be useful in certain circumstances). 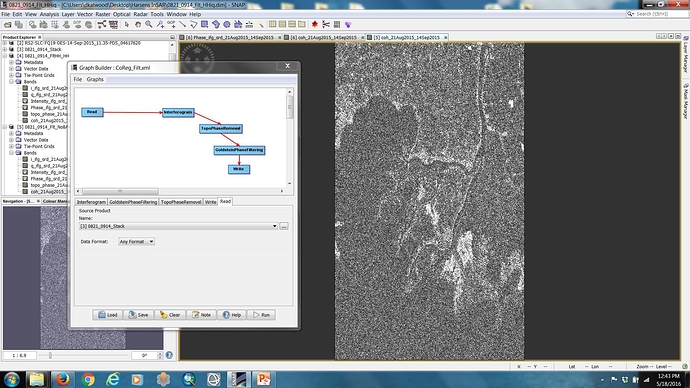 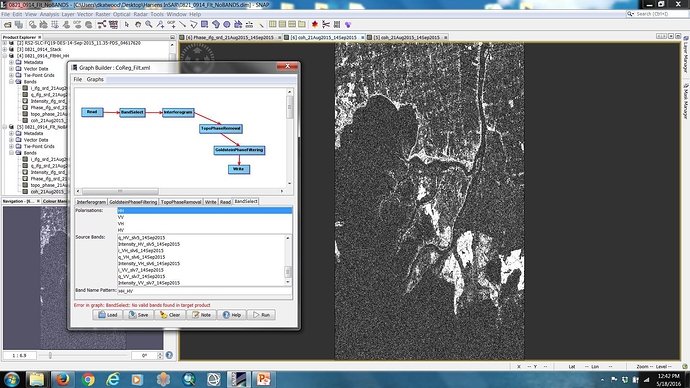 I agree, something may be wrong. I’ll have a look using your scenario. Thanks

Thank you. This has been puzzling and has wasted a lot of time.
I have figured a work-around, but it takes time. I subset to the band I want (e.g. HH or VV) from the quad-pol data, then perform Coregistration. Then everything works fine.
I also tried band subsetting the bands I wanted from the Coregistered stack. Interestingly, this did not work. (Too bad, since this would have saved doing lots of Coregistrations if I wanted to try different band combinations.)
The main reason for addressing this is that if one does NOT band select, it spits out “some” answer. But it is not clear what pair of bands are being interfered. As I noted, it is not the expected HH/HH pair…

I continue to perform InSAR with PolSAR data. At present, I am obliged to “trick” SNAP into doing what I need.
May make a request that will be of significant benefit to your tool? The graph builder below depicts what I would like to do:
Have the ability to select which two bands (perhaps even from the same image) that are used to produce the interferogram. The default could be set to HH mst and HH slav.

It would seem to be a straightforward capability, but would introduce some very powerful capability for exploring band coherency. 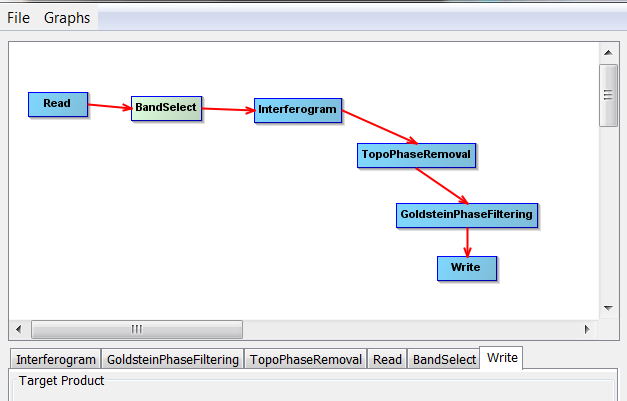