I’ve been experimenting with the GeFolki coregistration feature and it works for me. However, I notice that some data from the slave image is lost during the coregistration process. This is even after I padded the image with zeroes… the algorithm still crops the image. See GIF below.

I’m trying to make a mosaic of images but due data loss, the algorithm will fail after 1 or 2 images maybe because the images become too small.

Is there a way to prevent the slave image from being clipped?

seems like the output is the minimum extent instead of the maximum, but there is no parameter to change this. Maybe you have more options using the python scripts? https://github.com/aplyer/gefolki

Does it change the result when you switch master and slave?

May I ask what data you are using? I’m pretty interested in this tool, but have not yet tested it very much.

I will experiment more with the padding to see if it will fix this. I think sometimes it clips the data sometimes it doesn’t but I’m not sure why. Even if i switch the master/slave images.

This is part of on-going research for an optical micro-satellite. I was trying to read the Github but the documentation is for Matlab and I keep getting errors when trying to use my single band imagery with the Python GeFolki. I will spend some time with this…

Just a quick update I fixed my issue. It appears that if there is too much padding then it will not coregister properly. I notice that if you coregister images it will move the slave image to match the master but the extent or size of the image will still be the same thus data is lost.

I added the black empty data on the edges (zero values), known as padding, using an external Python script so that there is space for the slave image to move without losing data. You should be careful and avoid adding too much padding.

In the image below, you can see the different colors on the edge because the data is now preserved.

In my case, I will have to be careful with padding when trying to create a large mosaic. 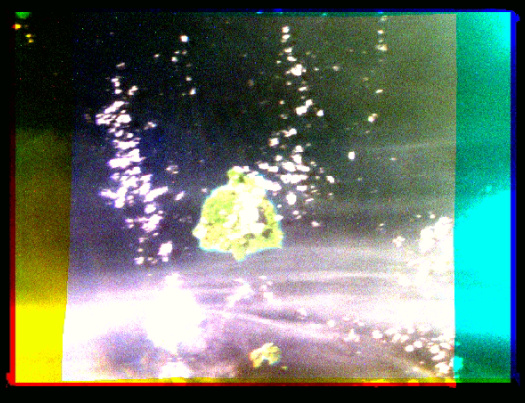 thank you for sharing the solution. Could you maybe again explain what you mean by “padding”? I think this could be useful to others at later time again.

I edited my post to include a brief description about padding and marked it as the solution.