Deformation by multipes earthquakes at Christmas?

On December 24, 2019, an earthquake of magnitude 6.0 was presented in the department of Meta, Colombia. First eartquake
This earthquake was felt in much of the country. Between December 24 and 25 there were more than 200 replicas in the area. However, in these two days only 5 foreshocks exceeded the magnitude of 4.0.All were superficial earthquakes within 10km.

The images I used are from December 13, 2019 and December 25, 2019, perpendicular baseline -22 m, temporary baseline 12days.Descending Orbit. However, it was not possible to observe the deformation by these earthquakes in the area, and I would like to know your opinions.
We worked with SRTM 1Sec HGT, corregistration with ESD, unwrap with SMOTH and MFC, and snaphu.


In image 4 Phase_ifg, the wrapping interferogram is shown. The rings are not clearly visible.
Image 4 Coh_IW shows the coherence, and I see that it is very low. I want to know exactly what are the areas where there is a decorrelation.
In image 3 Unw_phase, it is presented in an unwrapping interferogram, but it is done only for the last two burst (in the area of ​​the epicenters, and in order to develop it with my current pc)
SMJ.Mirzadeh December 28, 2019, 5:02pm #2

Actually, I am worried about you can see the signal of deformation for the earthquakes with the magnitude of 6.0 but it depends on the geology structure of that area and also the evidence of rupture on the surface.

It looks like you have very low coherence in the heavily vegetated areas of the eastern Andes and adjacent land. When the coherence is that low, you can’t expect to see any deformation signal. It seems likely that the main earthquake was in that low coherence area. The C-band radar wavelength of Sentinel-1 usually has low coherence in dense vegetation.

Thank you.
@SMJ.Mirzadeh
Yes, both earthquakes occurred in two faults, the first in a dextral course failure, and the second in a reverse fault.
For example In this case, the 6.22 earthquake and the use of S1 allowed the study to be carried out. 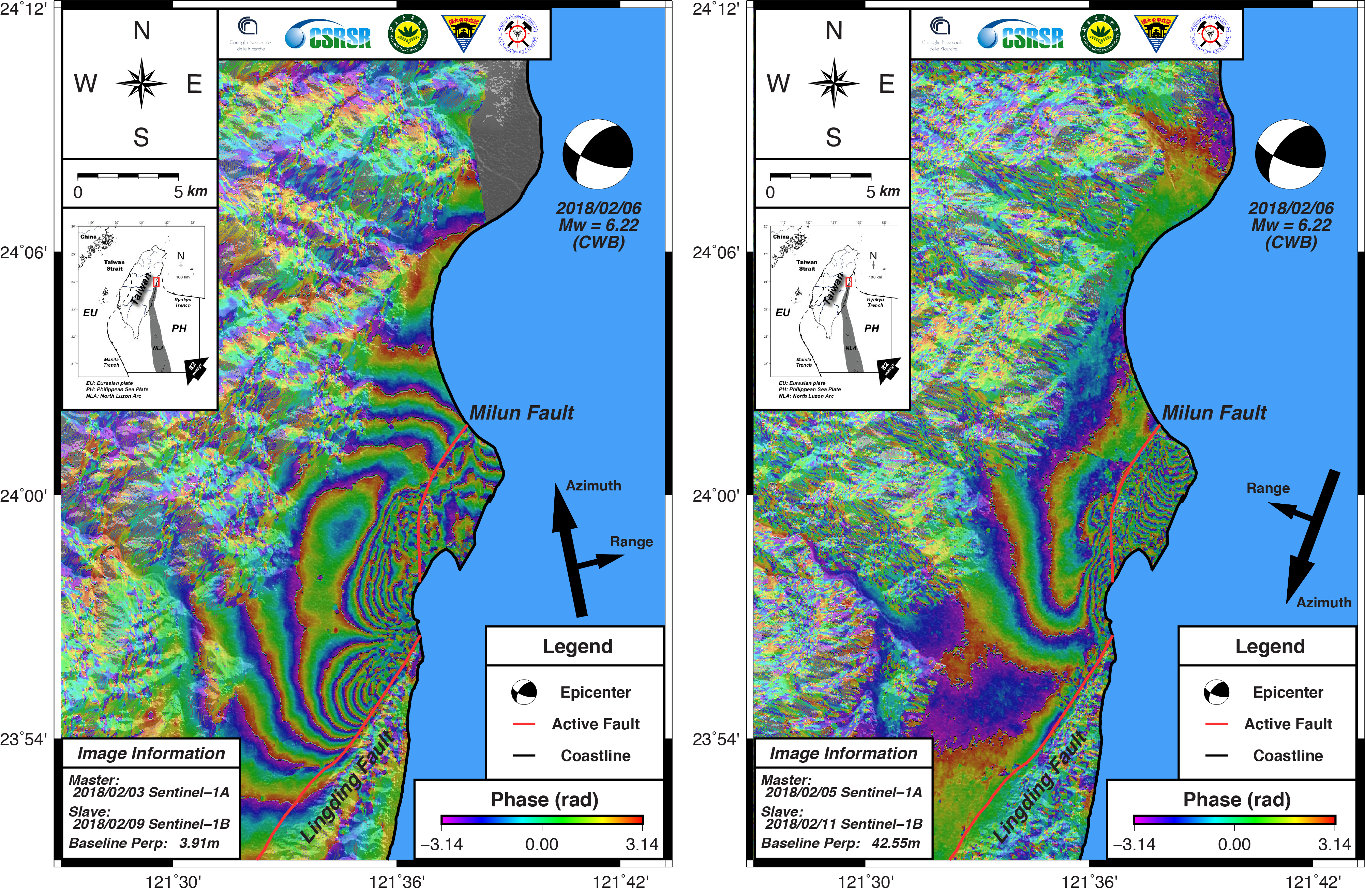 @EJFielding
And now that he mentions about the Andes, it has been difficult to make forest / non-forest classifications with Sentinel 1 due to the topography of the mountain ranges. Any suggestions

On the other hand I was reviewing this:
Earthquake Ecuador

In this image of descending S1 (path40) the rings can be clearly observed, but in the ascending image no clearly (path18).
Descending: 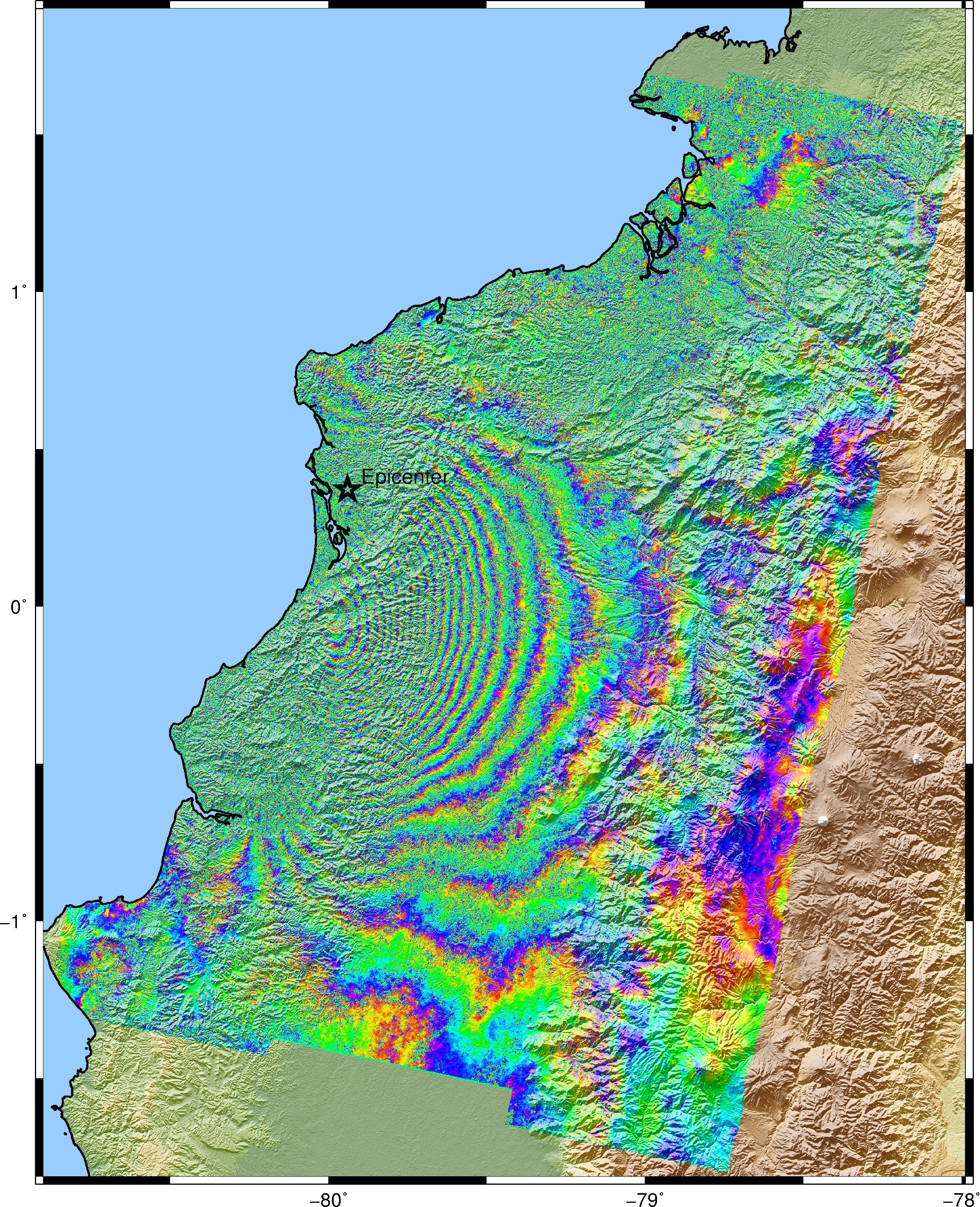 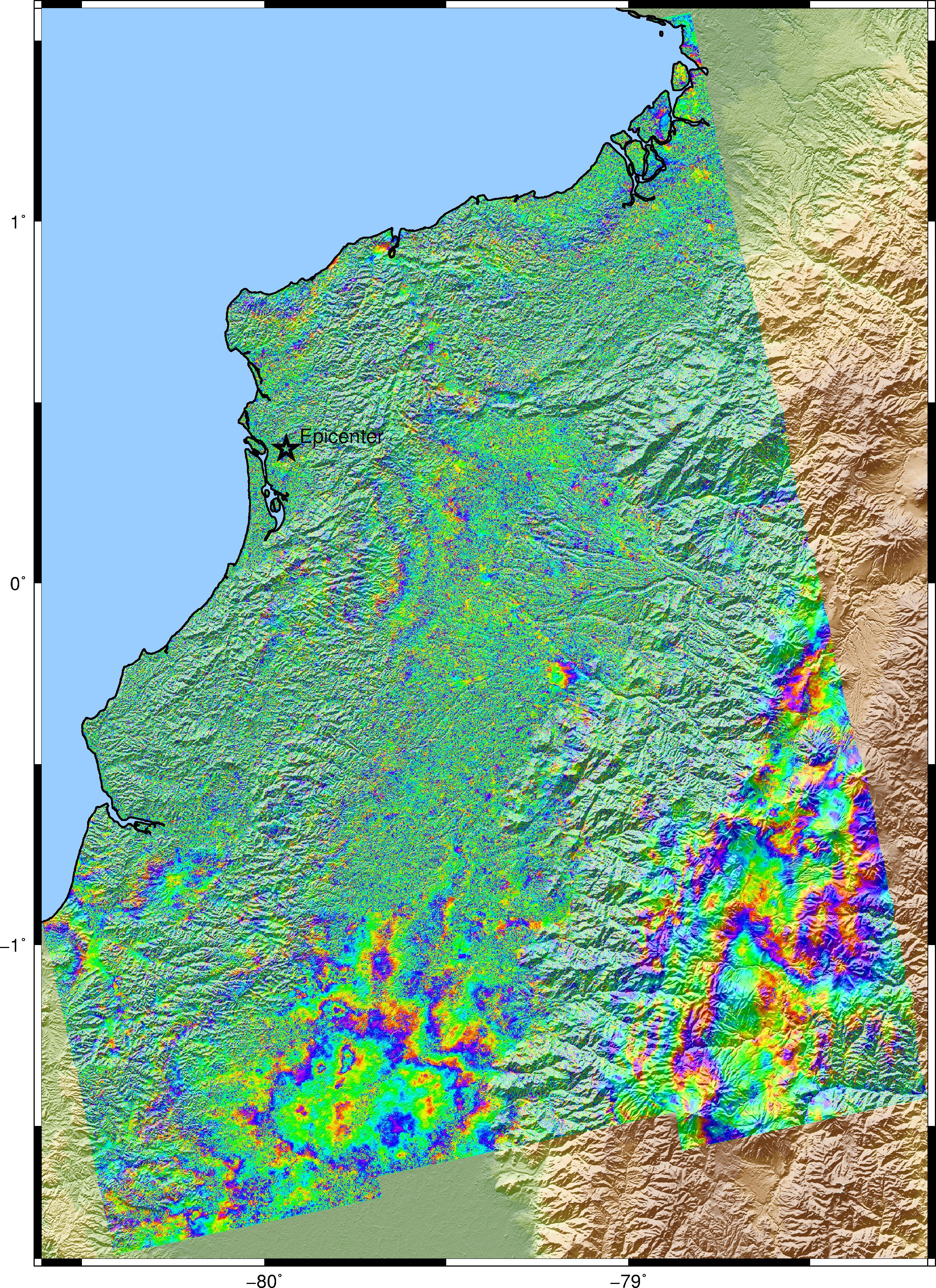 Tomorrow S1 will take another image of the Meta area but this time in ascending orbit. I will process it and share the result.

and taking advantage of what it says Sotis Valkan about atmospheric noise.
Someone has worked with Pyaps ?

I have used PyAPS some time ago. I think the atmospheric corrections generated by GACOS are better for almost all cases. If the apparent signal is atmospheric water vapor, then it would be a small-scale feature that cannot be corrected. The larger-scale features correlated with topography are much more likely to be atmospheric effects that can be corrected.