I used the Slice assembly function to assemble two images over Beijing. I did this two times, creating two bigger images for two different dates. This works well so far. However, I want to coregister them. I tried to use the automatic coregistration function where I got following error: 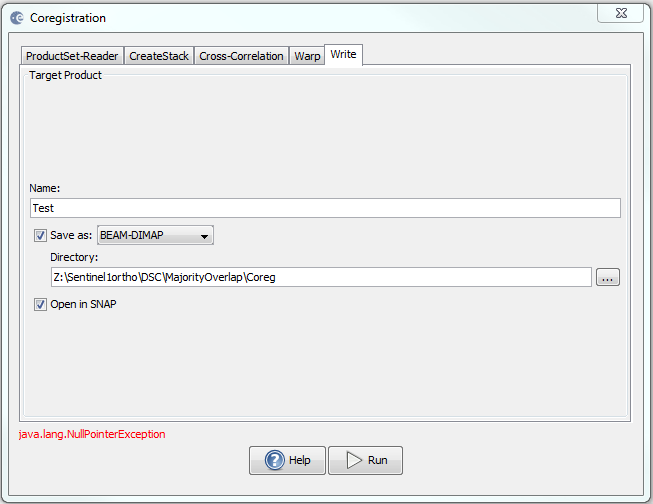 I have to add that the images are not Terrain corrected, neither are precise orbits applied. This is the case because I want to orthorectify them at a later point.
I also tried to coregister using the DEM assisted coregistration. Therefore I downloaded 30[m] SRTM data and put it in the SRTM grid folder. Then I ran the DEM assisted coregistration and got following error: 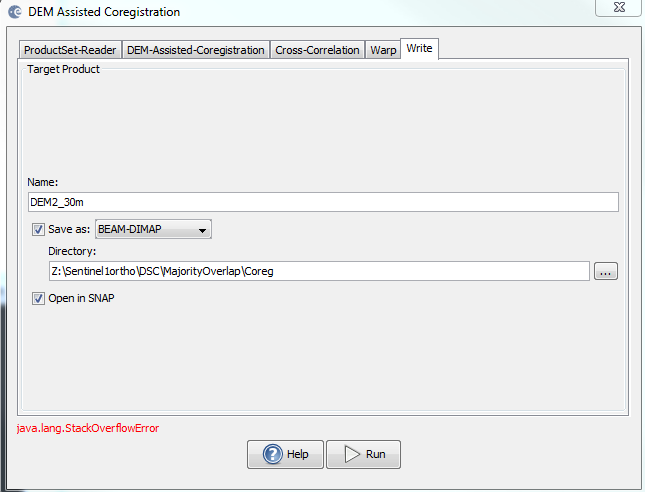 How can I coregister my assembled data?