DEM Resulted from Sentinel-1 Insar are very similar to SRTM? 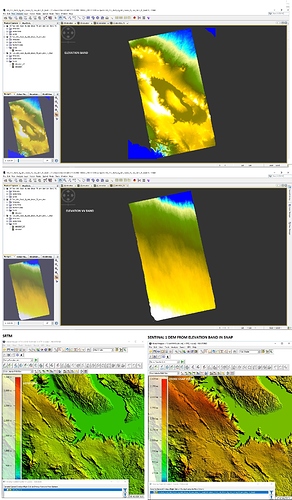 I’m newbie on Sentinel-1 and Lately I was struggle to produce a DEM from Sentinel 1 using Interferometric process in SNAP…
I have passed all step from the tutorial and power point training step by step documentation created by Michael Foumelis “Sentinel 1 TOPS Interferometry”, and I was succeed produced a DEM using SNAP.

but when I’m compared the data from Sentinel-1 Insar result with SRTM 3 Arc, the result was exactly the same, there is no difference between Sentinel-1 Insar and SRTM
See my comparison preview in pic above bottom part:

Thanks a lot guys

you need absolute elevations for the generation of InSAR DEMs.

The quality of your dem is strongly affected by coherence and atmospheric disturbances.

The best resolution from Sentinel-1 IW mode is around 13 meters, at least to my experience.

Thanks for your reply

Can you describe a bit about absolute elevations and how to do it?
Is there any tutorial URL link for me to follow?

The S-1 DEM will contain (possibly large) errors due to atmospheric artifacts.

Thanks for the reply

If you analyse my elevation_vv result above, what should I do, should I change my SLC files? 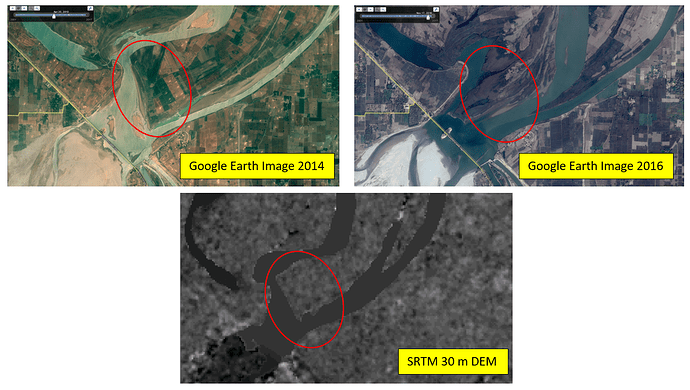 how to extract the DEM of September 2017 using Sentinel-1 data.
I will be thank full to you.

Thanks for useful tips

I have opposite problem to author of topic: my InSAR DEM is higher more than 20 meters than SRTM. Why does it happen?

Can you explain this a bit more? Maybe with screenshots 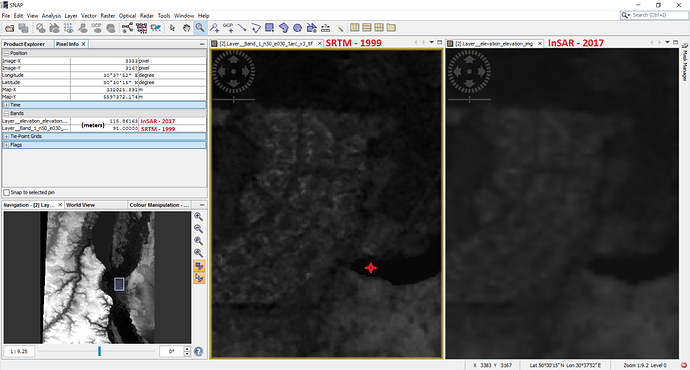 Comparison.png1920×1030 428 KB
Here I have two DEMs: InSAR elevation obtained after interferometry anf SRTM. I used SRTM 3ArcSec to produce InSAR dem. So, it have to have close value of elevation value. But you can see on this screenshot that the value is different on more than 20m. The value is taken from the pixel corresponding a lake. Nothing have change after almost 20 years - the same lake on the same territory. And such difference appears on all my InSAR DEMs.
Why it could happen: values of two DEMs built from the same source are different on 20m.

Thank you for feedback.

InSAR generates relative topographies which are then leveled to a surface using a DEM. Accordingly, there can be differences between the InSAR DEM and the outcome due to low coherence, atmospheric disturbance or unwrapping errors. Please have a look here, especially chapters 3.4 “From phase to elevation” and 3.5 “Error sources”: http://www.esa.int/esapub/tm/tm19/TM-19_ptB.pdf

Thank you for answer

I read this handbook. The situation is troublesome because such difference in 22-25 meters is constant for every SLC pare. Moreover, for every territory investigated + on every computer + for every operator (I am working in group). Can you explain, on which step relative topographies leveled to a surface using DEM (if I understand your firs sentence right)? I thing it leveled at the step “Terrain Correction”, didn’t it?
Here I show the coherence 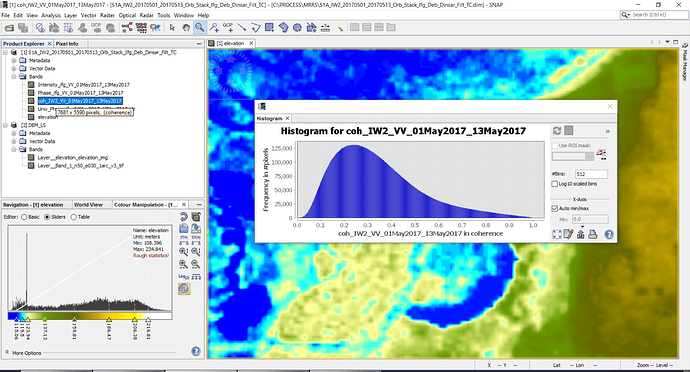 Dear readers, I’m still working with this issue. Does anybody have an idea, how to cope with difference in 20m between DEM generated from Sentinel-1 SLC and true elevation.
I have posted screenshots DEM Resulted from Sentinel-1 Insar are very similar to SRTM?

Thank you, and sorry for this offtop

Hi,
I had same issue, with 40m of elevation difference between true elevation and S1 SLC. My professor guessed, that 40m is actually the height above the geoid, in my AOI. So i added a new line to snap properties “snap.useDEMGravitationalModel = false” and made a new elevation model and it worked.

excuse me, can u tell me how is the step?