Dear all,
I obtained strange results after unwrapping changing just one parameter ( statistical cost mode ) from DEFO to SMOOTH. 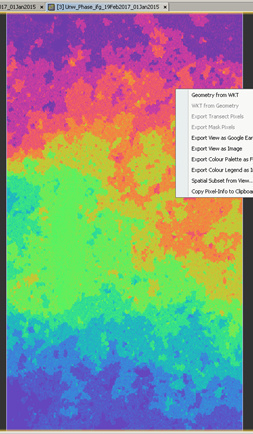 I’m wondering which is the better to use in obtaining vertical displacements.

Thank you for comments.

Did you apply topographic phase removal?

As indicated by the name, DEFO stands for deformation. It works best if topographic phase has been removed before the unwrapping, thus leaving the difference between both acquisitions.

@ABraun Thank you for being kind to answer.
Yes, TopoPhaseRemoval was performed before producing both images .
One thing I forgot to mention - local, external DEM was used in processing.

then it is strange indeed. I would have expected the DEFO result more like your lower image but it is the other way round.

Maybe one thing you can try is to use an automatically downloaded DEM (SRTM 1 Arc Sec) for topographic phase removal to see if your external DEM brings an error into your data.