Hello All
I am using SNAP 3.0. and processing with Envisat data.
I would like to do DinSAR to estimate ground uplift or subsidence .
I had tried several area of interest and lot of data, but as a result I found just a band or sometimes no result at all.
can anyone please help me. 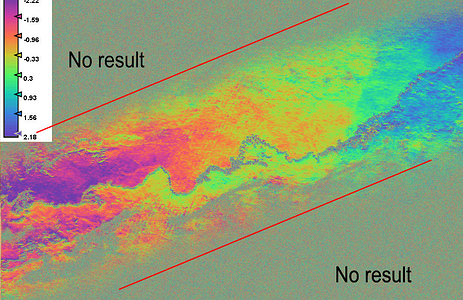 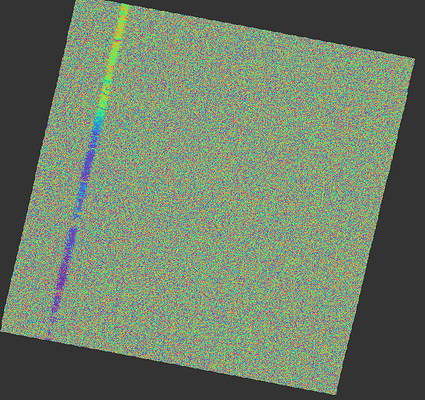 Please use SNAP 5 as v3 is not supported.

the upper image looks great, where is it from? 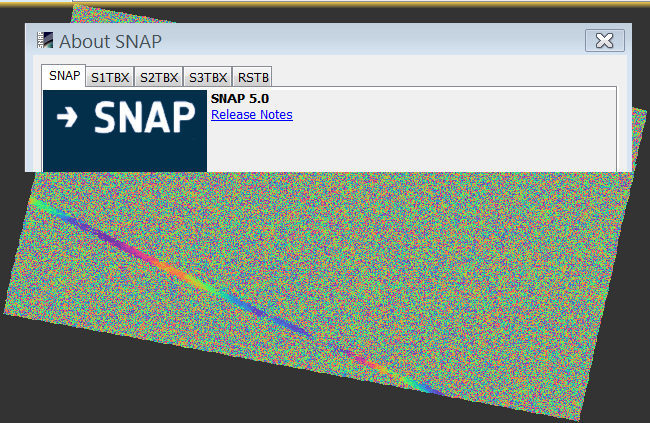 It appears that something went wrong.

which steps did you undertake?
Where is the first data from?

it works very good for some data, and for several data not work as you saw in previous images and there is worst that that which SANP can’t open Phase Ifgs at all .

and it is not important the area because it’s in Sahara. 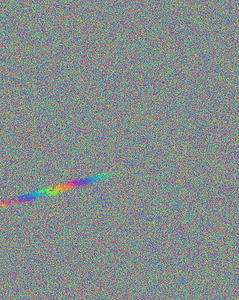 we can’t help you when you don’t tell us what steps you performed with the data and in which order.

med with the data and in w

Thank you Mr ABraun
I did these steps
1st- Coregistration.
2nd- interferogram Formation. (in this step sometimes the ifgs doesn’t open and so it look it have just a part with color)
3rd- tophos phase removal
4th-filtering- Goldstein phase filtering (I skipped Phase unwrraping just to see if it work or not)
5th- multilooking
6th-geometric ,Terrain correction, range doppler terrain correction 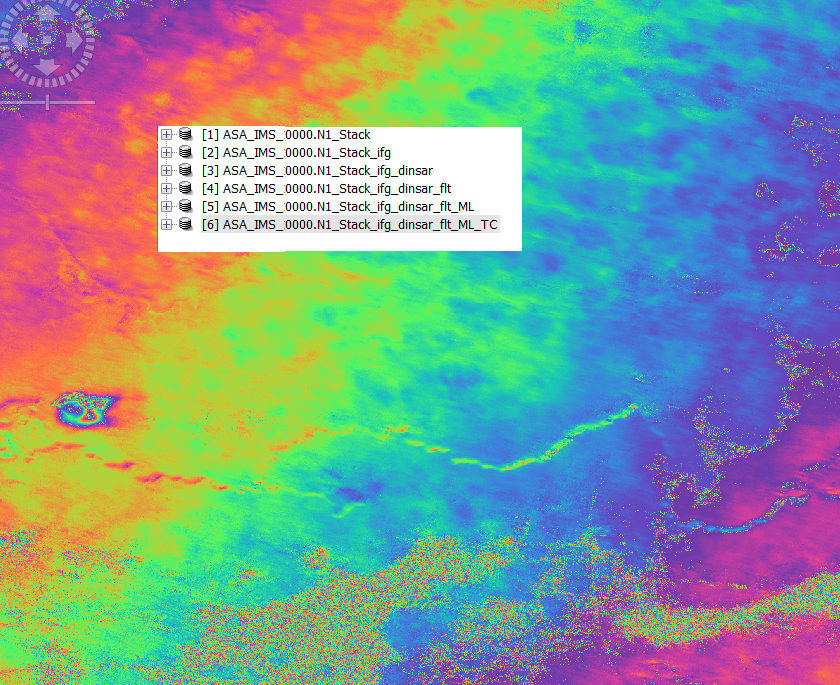 The order seems fine to me.

You can also use the InSAR stack overview to have a look at the temporal and perpendicular baselines.

Maybe you can send us a screenshot of the coherence and the InSAR stack overview. 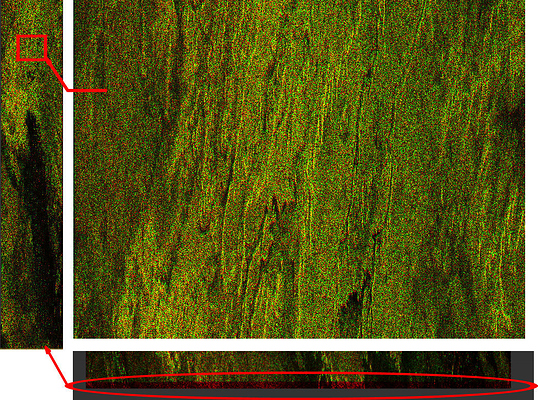 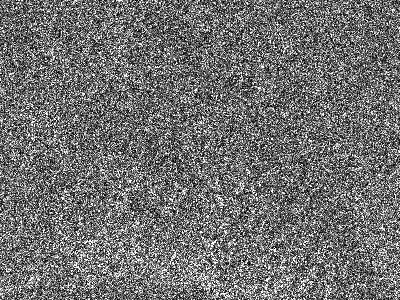 the RG image looksl alright, your images are aligned well. The red part at the bottom doesn’t harm.
But most of the coherence ist lost. Maybe the time between both images is too large.

here the Bper and Btem 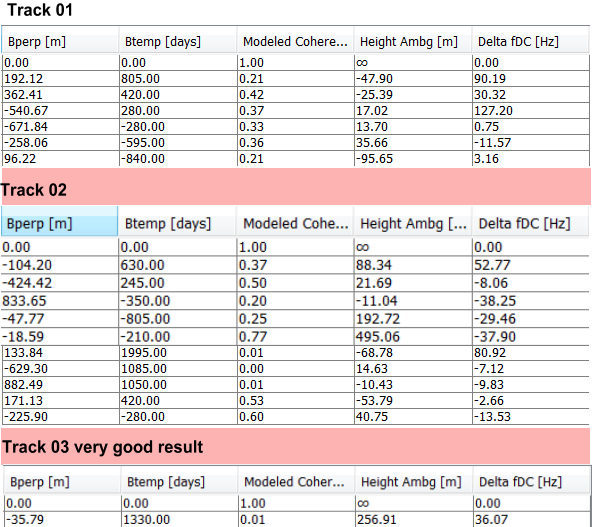 hm, the large temporal gap of 1330 days doesn’t seem to make a difference, which would have been my first guess. But as you said, maybe in Sahara there is no temporal decorrelation due to the fact that no abundant vegetation.
The perpendicular baseline B ranges between 18 and 880 meters. It could be that some image pairs are just not within this critical baseline. The good result has 35 m, the one with 47 should at lease be of similar quality, can you check please?

Are all images taken in the same flight direction (ascending or descending)? 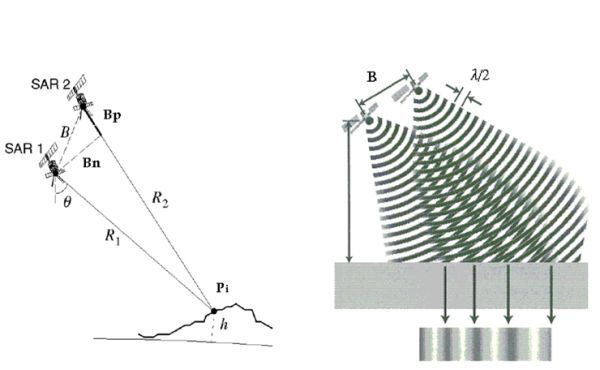 Are all images taken in the same flight direction (ascending or descending)?

yes all images are token from the same flight direction (ascending or descending)?
Track 1 and 2 are descending images
and 3rd one is ascending

and I am sorry SNAP chose a Master image instead of my original one.
and I can’t choose it so I must do it one by one. 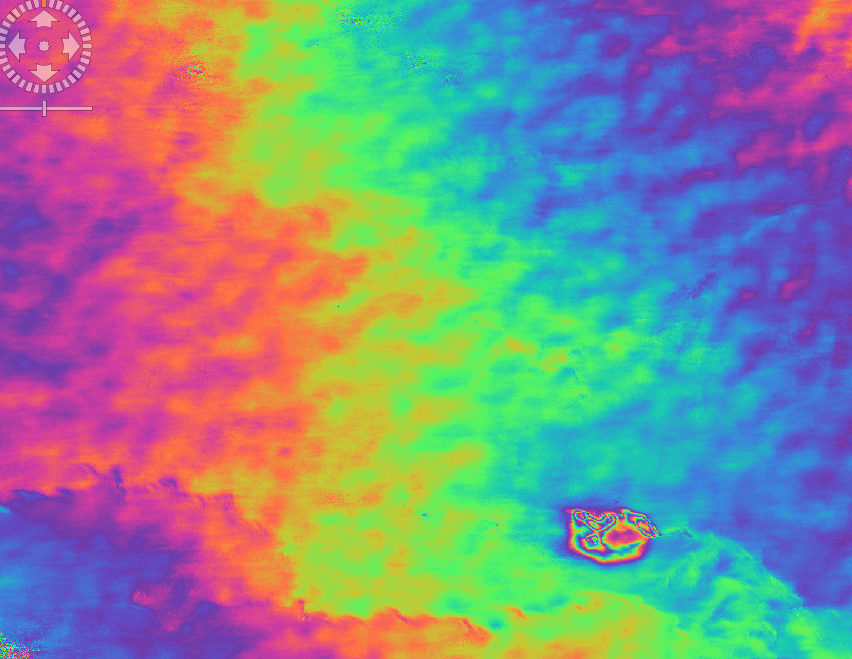 that means that the perpendicular baseline between some image pairs is too large.

You have two options: