Hi there,
I finished my work near Mosul Dam. The previous literature stated that there is a subsidence in the dam. I got the final result that the range of the measurement is between 4.42 and 46.78 abs_phase. there is no scale and it looks uplifting and there is no subsidence. Is there any tip. 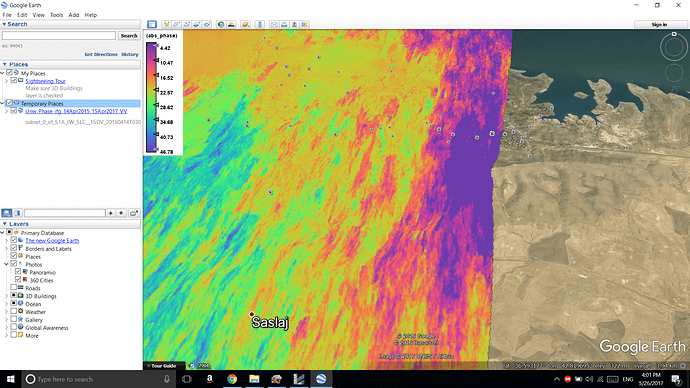 you have to run phase to displacement first.

Thanks dear Braun,
You mean before exporting to XMZ or before before Range-Doppler Terrain Correction?
Moreover, how can I run phase to displacement?

Where I did the following steps to complete the DNiSAR:

after importing the unwrapped phase and before range doppler terrain correction.

Hello, values that are shown colour legend “abs_phase”, these values correspond to the meters?

We see that the difference between the two images is large. It seems that if we terrain correct the SAR image first before phase unwrapping, the results we get are very different. Why does terrain correction change the results so much?

So, is it recommended for terrain correction step to be done at the very end?

I would have said that, too, but that still raises the question why the left image (tc before unwrapping) looks so well compared to the other.