Hi
I tried to create Mosaic Imagery layer of whole New Zealand. I managed to get good cloud free imagery for both South Island and North Island. First I opened all images in SNAP and then export them as Big Geo tiffs. after that I tried to open them in Arc GIS pro but except South Island images all North Island images were blurred , stretched and copy of same images was appeared in bottom of African continent. I found that this was happened because the extent of the image crossing 180 degree line. as for a solution I tried to sub sampled image in SNAP and export as Big Tiff /Geo tiff. after that that problem of appearing duplicate image in bottom of African continent was solved but image was not properly fit with other imagery which also had same coordinate system. As for a solution I tried to re project sub sampled raster in SNAP but it didn’t complete the process. I only got Writing target product dialog box only ( I removed all unwanted bands during sub sampling p 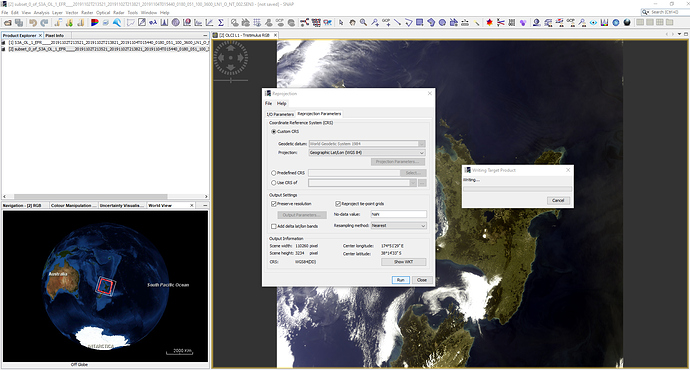