Help with sen2cor and SNAP

besides the manual there is a nice poster which summarizes the tool’s performance.

Thank you for the answer! It’s perfect, now I know what are the all output and I’ve one more question: I’m running sen2cor using scripts (like you) and I want to know I can set the script so as to obtain only the Bottom of atmosphere corrected (which is the only one I need).

I have a problem regarding SEN2COR plugin . The output file which was obtained after processing has same DN values as the input file. I was unable to find where i was wrong. Please help me out.

are you aware of the QUANTIFICATION_VALUE?

Are the values exactly the same? You could check with the scatter plot tool.

The QUANTIFICATION_VALUE has a true value (DN to TOA Reflectance)? s2tbx

Dear experts! How to obtain the values of the TOA Reflectance L1C data when more than QUANTIFICATION_VALUE? Give a reply please. Hello! A question about a product Sentinel-2A MSI (L1C), which can be freely accessed through Sentinels Scientific Data Hub. There is a file from the granules in JPEG2000 format. Using the program opj_decompress from the package SNAP I converted the data to GeoTIFF format. For example: Product: https://scihub.copernicus.eu/dhus/odata/v1/Products('92643e16-9b9…

I am running sen2cor in a docker container. Its running successfully the only problem I have is the DN values on output images. They are in the range 1000 to 25000 more or less. This is strange to me, I was expecting values between 0 and 1. Also, when calculating indices such as NDVI I am getting unexpected results.

The below image is output of band 2 of L1C product.

this is input data set plot for the same

Is the output correct?

I have changed the input file location that is the reason i got the wrong output…Now i have resolved it. The process was successful but the output files which were found in c:\documents\sen2cor folder were like as shown in image.

the output files which were found in c:\documents\sen2cor

yes, that is possible. They should now be S2A_USER… instead of S2A_OPER…
This means that it was successfully performed.

Error while reading the file sen2cor

I have processed an image in sen2cor plug in , the output file which got after processing is in jpeg 2000 format. When i try to read, it is showing an error [image] Please help me out for resolving the issue. Thanks, Mounika

are you sure this is your output data? It usually lies in a folder S2A_OPER…

How do you open it?

Yes, it is the output file. I tried to open it

is there no metadata file (S2A_USER_… .xml) in the folder above?
Open this instead of the single image files. Just like you opened the original product.

You used Sen2Cor plugin? why I can not output images?

Thanks alot. It worked. why it was not opening when i was trying open by layer? And from this metadata how to identify band with 10m resolution if the bands were as shown in figure. 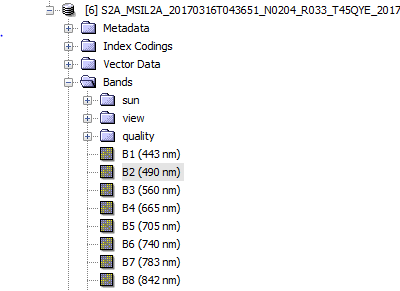 And have another issue with processing.for few datasets it was running properly and for few it was running only for 20m resolution and 60m even when i input only B02-B04 and B-08 bands and for one dataset it was not at all running for all the three resolutions and have shown the following dialogue box. 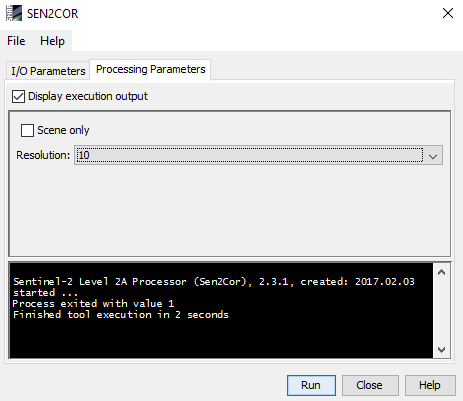 In product explorer, select the product which you want to export and click export under files.

Please read the sen2cor manual and use the search function of this forum. Many things like this have already been discussed in other topics.

you use which type of data?

I can not open the second data in SNAP.

do you meet this problem? 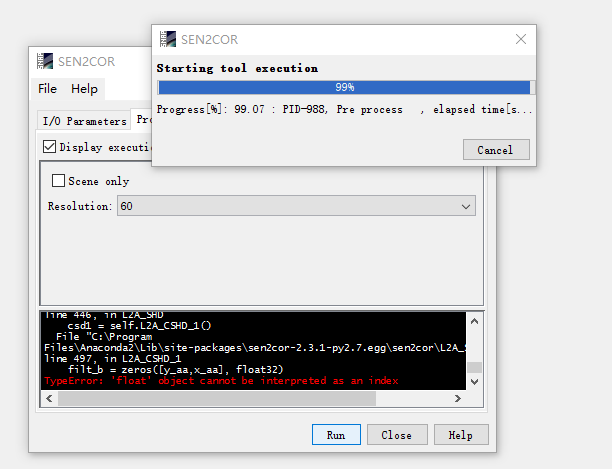 It seems you are a expert in using SNAP. I have two questions to ask using Sen2Cor.

how should I address this problem?
(2) can you open this type of data?

image.png917x250 16.8 KB
i try to open in SNAP, but when the data was loaded, there is nothing in product Explorer.
Thank you very much for your help. I am a little urgent about the processing, please help me as soon as possible
Thanks again!

It’s really hard to detect errors from the distance so I just can tell how sen2cor works for me:

Last but not least - have a look at the manual for the details:

I sent you attachment in case of open failure. Please check it.