could it be that they are outside the raster which you imported the vector into?

These are inside the raster

are these multi-part polygons? That means that several polygons share one entry in the attribute table.

Yes these part of the same attribute table

I actually meant something different:
Polygons can be aggregated, so that for example three polygons have only one attribute. You see 10 polygons in total, but only 8 lines in the attribute table.

If you have ArcMap or QGIS, you can apply “Multipart to Singlepart”: https://desktop.arcgis.com/en/arcmap/10.3/tools/data-management-toolbox/multipart-to-singlepart.htm

I understand and sorry to inconvenience, All the polygons do have records in attribute table but the problem in that some are appearing and some are not appearing.

can you maybe share this polygon dataset so we can test?

Dear ABraun
Another side line issue that I am processing GRD data and My SNAP took long time to display in data even for a single scene when I want to view any band data. I have intel core i7 Processor with 16GB RAM. Is there any remedy to speed up this process

As I expected: Your polygon dataset contains 13089 single polygons, but only 2476 lines in the attribute table 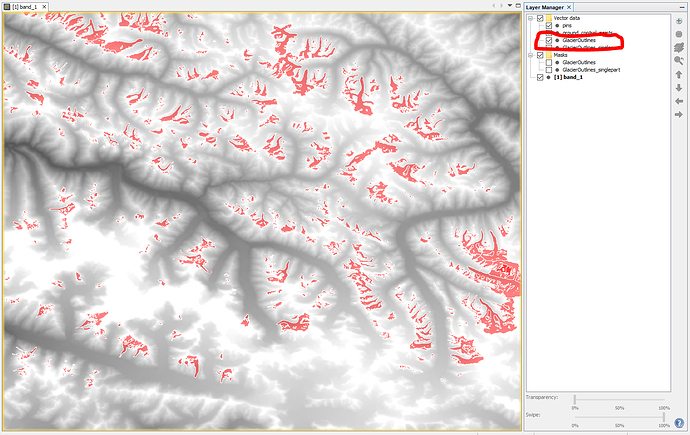 After conversion to singlepart polygons: 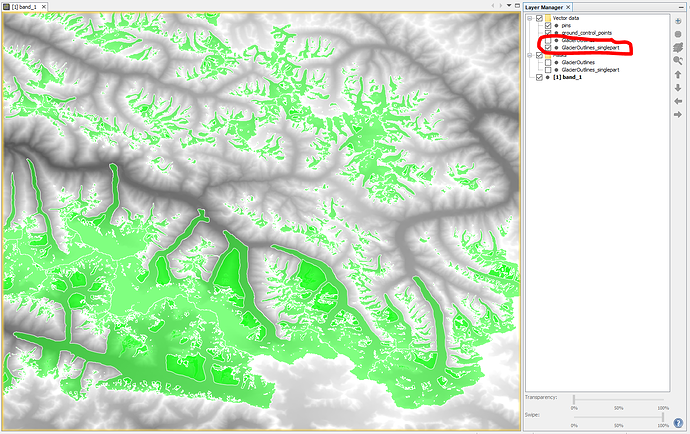 Kindly help me how to singlepart using ArcGIS

simply apply this tool on your polygon data to create a new one where each polygon is a separate feature.
https://desktop.arcgis.com/en/arcmap/10.3/tools/data-management-toolbox/multipart-to-singlepart.htm