I’m on the way to create a TOPSTAR interferometry with Sentinel-1 datas for my own region. I am following the instructions of the snap tutorials (with Fogo Vulcan). The baseline between the two images is under 100 m, but at the end the coherence is too low. Somehow it looks like too noisy. Is there idea, what the problem can be.
Thanks 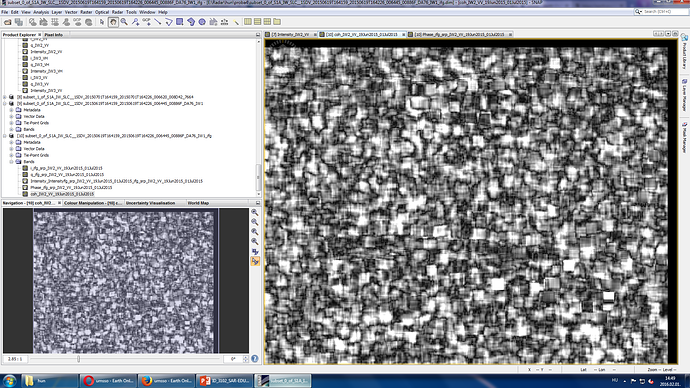 What kind of land-cover is that? If it’s for example dense forest loss of coherence in 12 days is normal.

It’s a kind of field land. So if I would like to get better result, I should choose some built-up and mainly flat area? Because I just don’t understand how could I get a solution for a bigger area. Like InSAR on a continental scale such as at http://insarap.org/ for Italy and Slovenia.

The coherence should probably be better so it’s possible something went wrong with your processing.

Hi,
to obtain better coherence (or better interferogram) I reduce the aera before to launch the coregistration process.
Concerning Sentinel 1, I use the following sequence : split / deburst / subset / coregistration (not S1 TOPS coregistration) / coherence estimation.