Mask from Sentinel-2 to Sentinel-1

Hello! I have a mask from QGIS Sentinel 2 and I want to use it in SNAP Sentinel 1. There is a small gap between the Sentinel 1 image and the Sentinel 2 mask. How can I have the same coordinate system for both? Thank you! 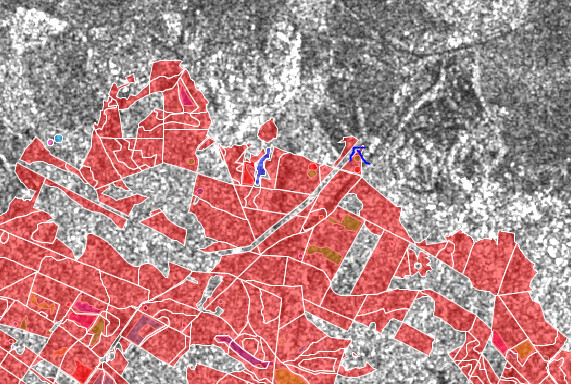 I applied Ellipsoid correction with Geolocation Grid because the original image was reversed as in a mirror. For Map Projection I put Lambert-93, as the mask geo coordinate

The fact that the image is flipped is not a problem, it was simply acquired in an ascending orbit. Simply apply Range Doppler Terrain Correction instead of Ellipsoid Correction and select SRTM 1Sec HGT (AutoDownload as DEM and UTM (Auto) as target coordinate reference system. This will increase the geolocation of your data because it takes into consideration topographic distortions. This is not done by Ellipsoid Correction.

I tried other processing in Terrain Correction. I left a few hours to finish, but nothing happens, I have the same window where it appears that the process is loading continuously

this is a known problem, please install the latest updates.

FAQ: A process related to digital elevation models is taking forever to finish