I have a couple of questions:

I have just installed the latest version of SNAP (5) and when doing an ocean object detection it does not come out with the same results as the version before using the same adaptive threshhold numbers… Why might this be happening?Do most people use the default?

The previous version of the software gave me the length of the possible ship but the new version seems to just give circles.

Also, is it possible to spit the results of the ship detection out into a .shp or .kml?

The detections are added to the vector nodes. The circles are the default representation of those nodes. You can go to the layer manager and add the ship detection layer to see the lengths.
You can right click on a vector node and save it to a shape file. Currently there isn’t a vector export operator from a graph but it’s on our list to do.

Hi !
Following the topic, I have a question related to Ocean Object Detection. Is there any relation between this very cool tool and the SUMO algorithm developed by JRC?
http://publications.jrc.ec.europa.eu/repository/handle/JRC104044

The CFAR algorithms used are similar but, it’s not based on SUMO at all. I know JRC developed some of their software as open source. Does anyone know if it’s available online anywhere? @glemoine?

I worked on SUMO years ago, so don’t know whether it is open source now. It wasn’t then. I will ask on Monday.

SUMO will be released as open source, indeed, but it takes a few more weeks to get it out. I will let you know when it is available. AFAIR it is written in Java, so could be a candidate for integration in the s1tbx.

That would be great!

Hi,
I have not worked with the previous version of the algorithm but I have found it in some tutorials and it seems to produce lat/lon fields. However, when I check the result I only get the image coordinates. When I try to export the vector layer to shapefile I get an error that the “Current fid index is Null, Next must be called before write().” Could anyone please advise me what I am doing wrong or whether there is a step in preprocessing I am missing? Currently I only apply Orbit files previous to running the Ocean Object detection. Also I seem to be unable to visualize the lengths as was suggested above. I would be grateful for any advice.

SUMO code was released a month ago, for those who had not noticed… 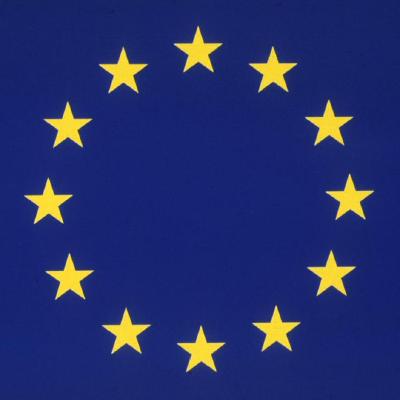 Contribute to sumo development by creating an account on GitHub.

That’s great!! it will be nice to see him soon on SNAP =)

Hi ABraun,
I’m Pietro the developer that put SUMO open source , I implemented the last functions on SUMO (ALOS, Sentinel-1 and so on…) .
If you need to use SUMO it’s enough to copy the SUMO folder , instead if you want to start developing new functionalities I could help you if you need.

Some deleted posts (couldn’t find the download file). Here it is: https://github.com/ec-europa/sumo/releases

If you want to use the git repository, you have to build the distribution using maven.

I clearly missed that, although it is even written on your page (“downloaded from the releases page”). Sorry for the confusion. I’ll clarify my posts above.

The updated version of SUMO can be found here:
[https://github.com/ec-europa/sumo]

EDIT: Hadn’t read to whole thread, it is already provided

Hi Pietro,
Excuse me, I d like to solicit you because I want to use sumo win64 1.3.5 and i ve got an issue with GDAL library.
An error occurs when launching start.bat :
Error 1 : can’t find requested entry point : GDALRegisterMe
Error 1 : can’t find requested entry point : GDALRegister_wrap
When i use GUI, the error occurs when tying to launch S1 image.
Could you tell me how to solve this problem?
I’m on windows Server 2016
Thanks!
Regards,
Julien

Hi ju4e, have you solved the problem with gdal?
I solved this problem rebuilding gdal (on linux) On Windows,(i never used window server 2016) pheraps you need to download the right version and replace the gdal library in Sumo.