I have currently got access to some NovaSAR data, and I am trying to create a SNAP processing pipeline for these files. However, I am having problems when running terrain correction. I am using the latest version of SNAP 8.0, which has been updated with the latest version of the NovaSAR reader and any other upgrades.

I am using NovaSAR SLC files (I have the same problem with GRD files), to which I am applying a 1x3 multilook and then I am terrain correcting using Range-Doppler terrain correction, either with SRTM 1sec or 3sec resolution. While the image will be flipped to face the correct direction in the north-south direction, it does align with map coordinates in the west-east direction: 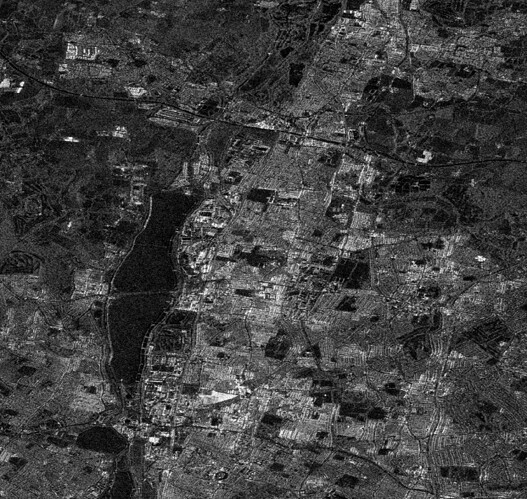 This is a screenshot of the same area from Google Maps: 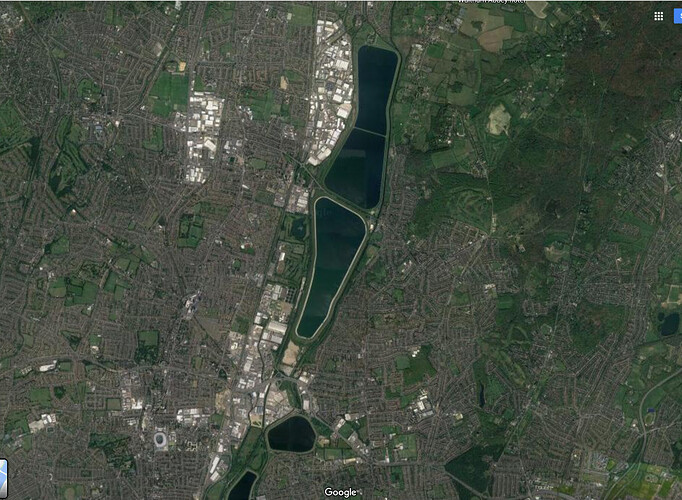 Has this problem occurred before? Is there something I can do to fix this?

you mean that after Terrain Correction the image is mirrored?

Sorry I should have made it clearer, the east-west/left-right projection of the image does not change from the original SLC image after terrain correction, it stays the same. The multi-looked image is the same projection as the terrain corrected one.

does this happen with both ascending and descending data?

Mostly on descending orbits; I also can’t find a way to terrain correct/geocode SCD data, but that’s a bigger problem than just the east-west flip. In this case, the whole image looks like TV static, so I don’t think it’s just the orbit causing problems: 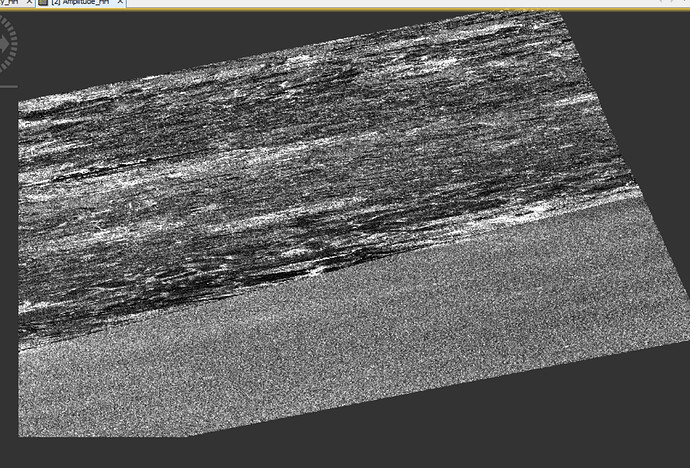 does it look like this for all SGD data? If so: Are i and q still contained in the SGD - maybe it is worth to re-create intensity manually.

The SCD data have an intensity and an amplitude band, no i or q bands. SCD stands for ScanSAR Ground-Range Detected, so you wouldn’t expect it to contain i and q bands.

I see, sorry. My idea was that the intensity was not correctly generated from i+q, but in this case we can exclude this as an error source.
Maybe this product level is not fully supported by SNAP? @lveci

Yes, I would also still like to understand more about the source of the error with the SLC files (the incorrect projection onto map coordinates).

Has anyone had the chance to look into this? @lveci @marpet

The NovaSAR reader was developed as a third party contribution. I’m not sure that it gets actively maintained. If there is interest in the SAR community then we could adopt it into S1TBX.

Was investigating this issue. There appear to be several problems which include the terrain map and coastline not being aligned with image. Then made mistake of updating SNAP. The NovaSAR plug in appears to no longer be available. Will it be reintroduced?

A short update on this problem, I noticed that after applying multilooking to NovaSAR SLC data results in the coordinates for objects in the image closely (but not entirely) matching the coordinates of objects in Google Maps, for example. I can then flip the image using the GPT and it will be the correct way around.

However, this does mean that terrain flattening and terrain correction are the processing steps here that cause the issue. NovaSAR SLC data are already provided in WGS84 format. Is there any way of applying TF/TC without the image projection being affected?

Hello, I was wondering if you had already found a solution(s) to this problem?
I’m having the same issue and would like to TC my NovaSAR data.
Thank you for your answer.