Hi,
My goal is to generate DInSAR interferograms over the glacier. I used S1A and S1AB scenes (6days interval, also used 12days but no good results) to do that but due to low coherence it could not generate enough fringes. But the area is also cover by the scene of another track which 2days interval between master image. As far, I know there is viewing geometry problem between the muli-track SAR processing. My question is, if I generate interferogram using two different tack SAR image is the any geometric or other error issue with that? I would greatly appreciate it if anyone help me in this regard.

as long as your images are taken from the same track you can use all image pairs for coregistration.
The chances, that coherence will decrease with time rise but maybe you find a pair with better atmospheric conditions. I think it furthermore depends on moisture, type and movement of the ice.
Trying different pairs of images would be worth a try. 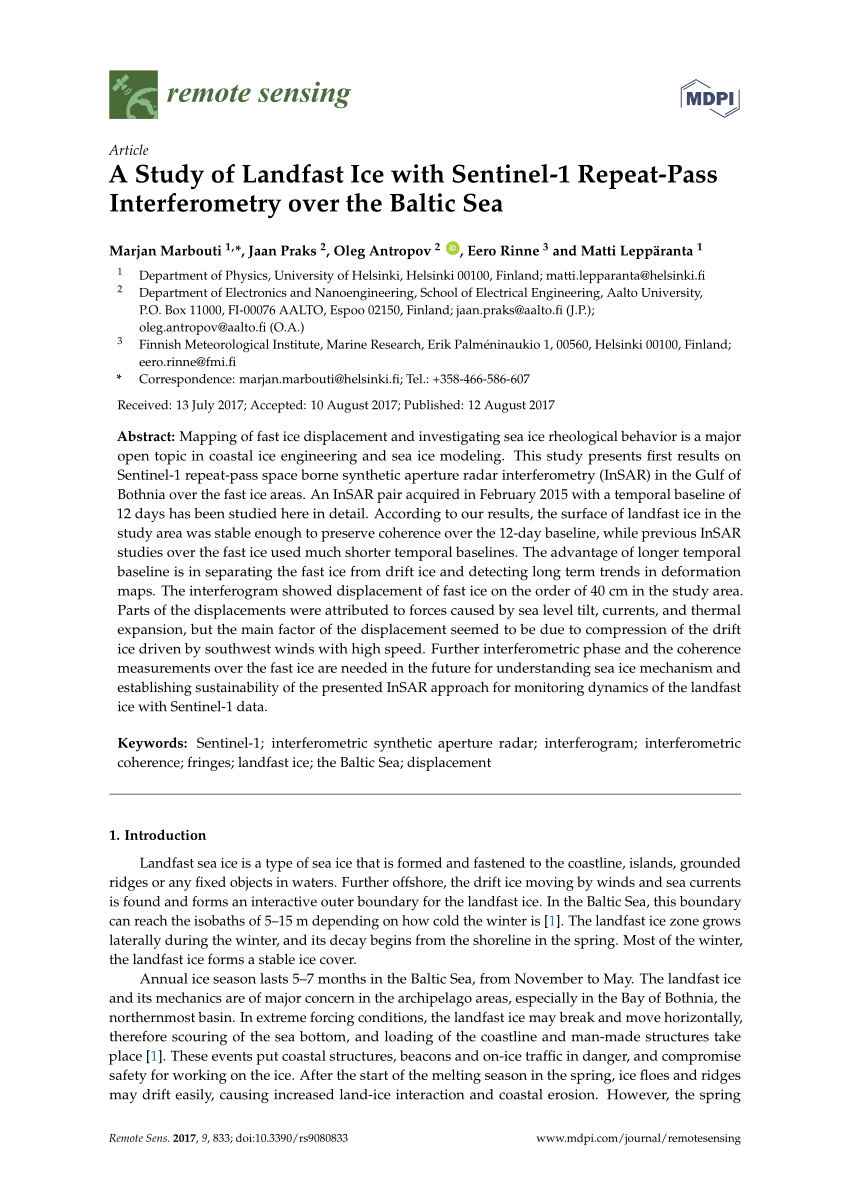 A Study of Landfast Ice with Sentinel-1... (PDF Download Available)

Full-Text Paper (PDF): A Study of Landfast Ice with Sentinel-1 Repeat-Pass Interferometry over the Baltic Sea


I didn’t believe it until I tried it myself

Thanks for the quick response. I tried with some pairs but failed to generate good fringes because of low coherence over my interested area. But there is two days interval between the scenes of two different track (overlap my interested area). Is there any way to process the two different track scenes by snap without viewing geometric error effect.

Unfortunately, no. Looking angles are different and perpendicular baseline is too large.