I’m using fine resolution Radarsat-2 images for coregistration and InSAR processing. Overall the coherence for image stacks never exceeded 0.7, with the majority of the coherence below 0.5. So there are a couple of things I wanted to ask:

Some of the image specs:

This is my first time posting. If there are more details needed I will update them as soon as I can!

Maybe a few points:
Coherence stronlgy depends from the land cover. Much vegetation leads to decorrelation between your images and low coherence. Where is your data located? Can you post a screenshot of your coherence?

You can increase the number of GCPs for the coregistration. This could lead to better results at some locations. Also try to use a second order polyonomial and trucated sinc interpolation. These things won’t increase the overall quality of the data but baybe lead to smaller improvements.
I don’t think filtering before coregistration makes sense. Maybe you also try also increasing the window sizes.

Thanks for the reply, Braun! I will keep these tips in mind.

Here are come more details about the images:
The coverage area is primarily wetland, mostly bare land and bushes across. During summer time the some of the area is covered by low-height vegetation. In the winter time, the area becomes frozen since it’s within the continuous permafrost region. 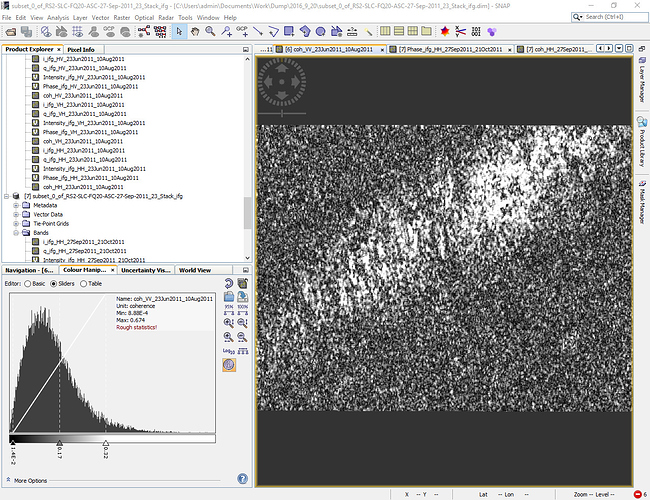 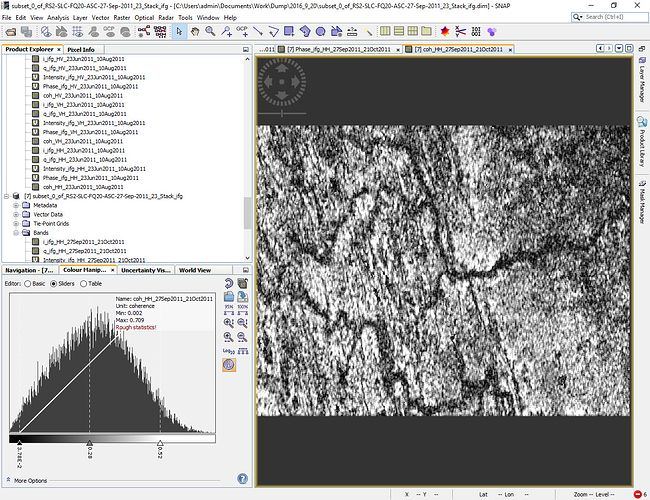 Also I noticed that sometimes the slave image becomes “sheared” after coregistration even though master/slave pair almost completely overlaps, is it because of insufficient GCPs?

can you please make a RGB image from June/August/October?

It seems that the coregistration between the dates is of different quality.

I made the stacks separately, and I don’t know how to combine RGB from separate files. I recreated another stack of the same dates, with all three images. This time I used 10000 GCPs, and truncated sinc 6 pts as warping algorithm, and here are the shots of the intensity and coherence graphs.
RGB composition: 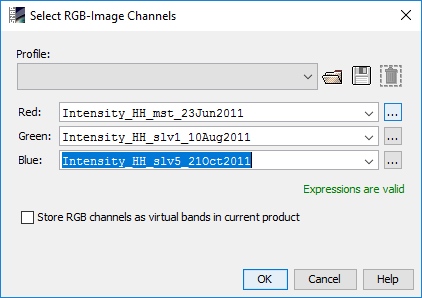 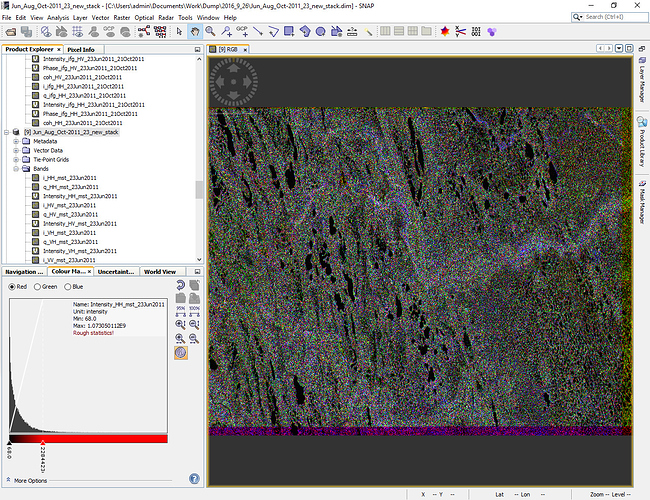 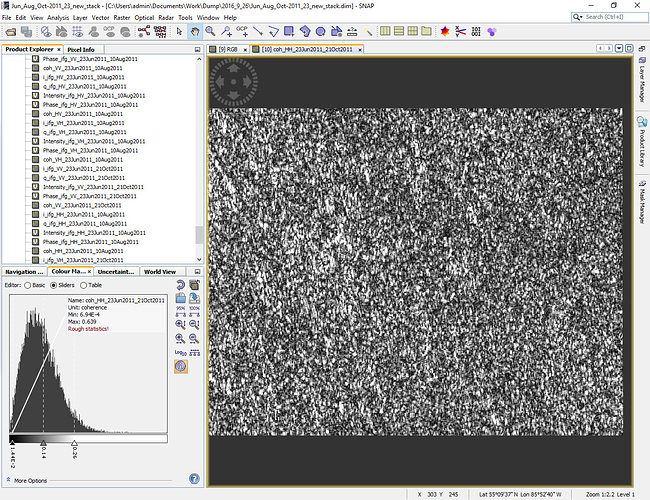 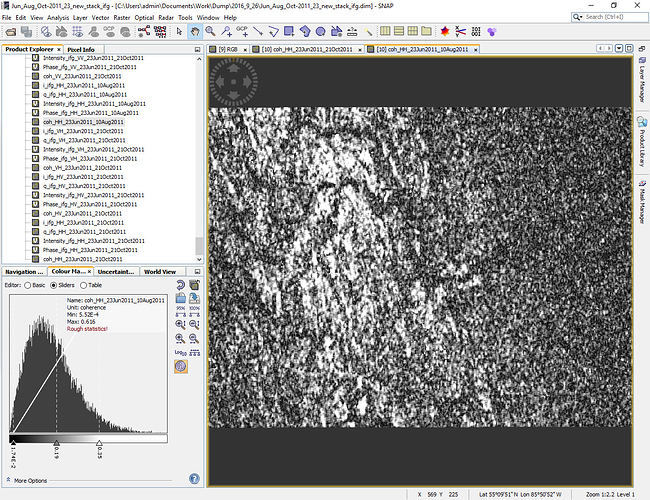 The images seems to be coregistering correctly, but the coherence is still low.

you’re right. The coregistration is totally fine. I’m afraid the temporal baseline is too long. Jun-Oct is clearly lower than Jun-Aug.
The vegetation cover is subobtimal for interferometry.

Agreed, even the shortest possible temporal baseline of 24-days for R-2 (C-band) is long over vegetated targets.