I have been trying to obtain the glacier displacement map using SNAP 4.0. For which I have tried several SAR image pairs. The last pair I tried was of 6 days temporal baseline of swiss alps. I get interferogram some fringes visible but there are many discontinuities. The coherence is also low. Below are the screen shots of the coherence and interferogram (flat earth phase removed, topo phase removed, Goldstein phase filter applied, geocoded). So far this is the best result i obtain.

Does the use of VV or VH polarization have effect? I applied both and found very less differences.

Please suggest me on how can the results be improved? 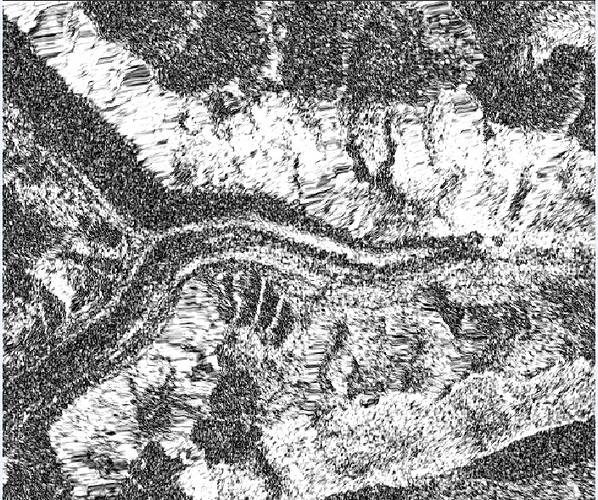 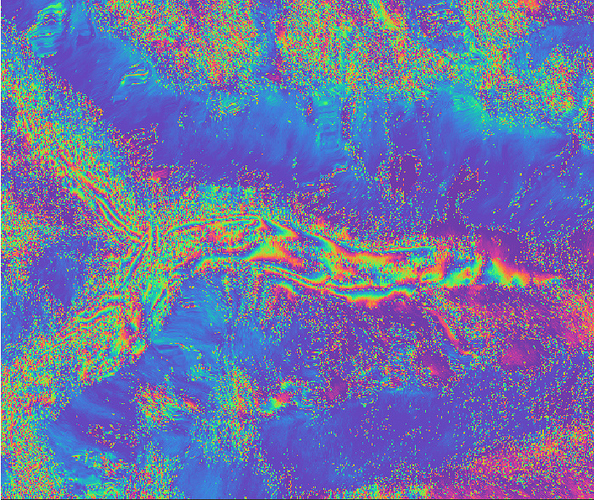 I would really appreciate if someone can run the process and confirm the results. I used IW3 and the glacier lies in burst 7 of 6th oct and burst 6 of 12th oct.

can you also post a histogram of your coherence?

Hereby is the histogram of the subset of the glacier.

It depends on the movement of your ice bodies and possible vegetation if some areas decorrelate quickly. Also atmospheric disturbances and the quality of your DEM influence the result. Have you already compared the SRTM with the ALOS World DEM?

I agree that the coherence is good in the areas surrounding the glacier but in the glacier it is very low. I am aware of the fact that motion of the glacier could cause decorrelation but this is mountain glacier which moves less compared to the greenland glaciers so motion related decorrelation should be not mouh of big problem?? there is also no vegetation in the area.

No, I have not tried ALOS World DEM yet. Do you think it might provide better results?

No, I have not tried ALOS World DEM yet. Do you think it might provide better results?

you could at least try if it improves your topographic phase removal. Referring to the decorrelation it won’t change much I guess.

Did you try the offset tracking module? It woks without phase information.

I will try the DEM. Yes, I also have experience with offset tracking.
Can you guide me on how to use the external DEM because there are multiple files to cover the area.

you first download the single tiles and mosaic them (in QGIS, for example, but also possible in SNAP).
It’s important that you save the mosaic in WGS84. Then you can select it in the topographic phase removal module as an external DEM: 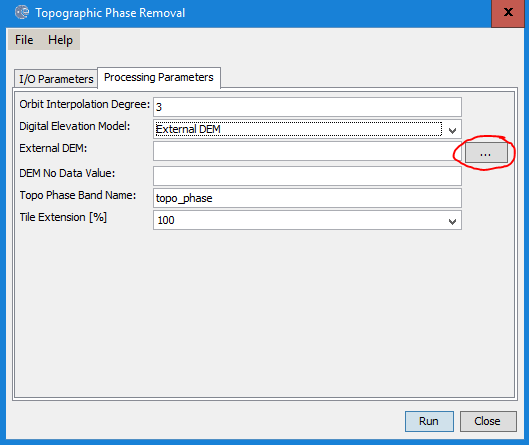 I tried using the ALOS external dem, however I get plane purple colored topo phase band and no topo phase being removed. The DEM is in WGS84.

in this case the DEM integration did not work somehow. Hard to guess the reason for it…

I tried several times and also the format is tif and there is no error message displayed, But the topographic phase is blank purple color.

Did you check in a GIS if the DEM is at the correct location? You can also import it into SNAP and see in the World View tab if both data sets cover the same area. 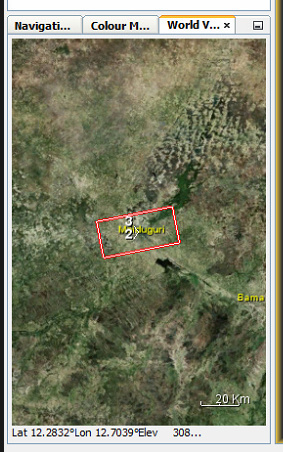 I think the coherence look pretty good. Only time (more processed pairs) will tell what is the highest coherence one can expect for your site.