Dear friends,
I am trying to calculate NDMI from Sentinel-2 images. What method would be preferable among ‘resample’ and ‘super-resolution’ as SWIR band has 20m resolution whereas NIR band is in 10m resolution?
My main observations from using both the methods are,

I performed resampling in all 3 methods available in SNAP and all of them gave similar observations as mentioned above.
Does it mean that performing ‘resampling’ might lead to overestimation? 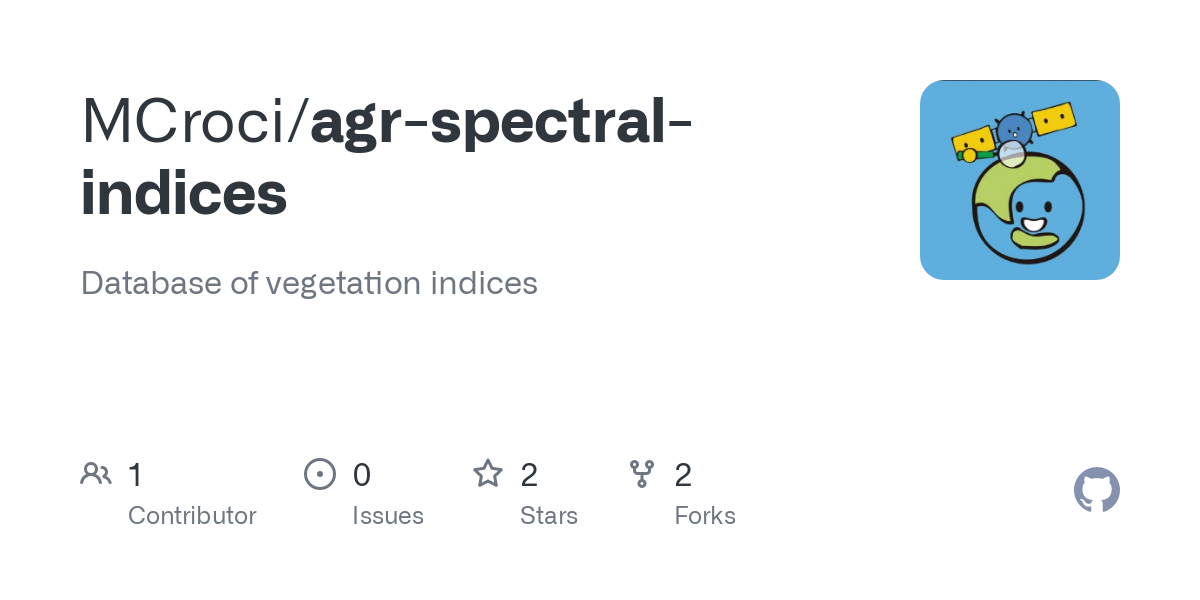 Database of vegetation indices . Contribute to MCroci/agr-spectral-indices development by creating an account on GitHub.

@gbrelstaff Thank you very much for your response, I will go through it.