I am surprised that despite fulfilling the system requirement as given below, 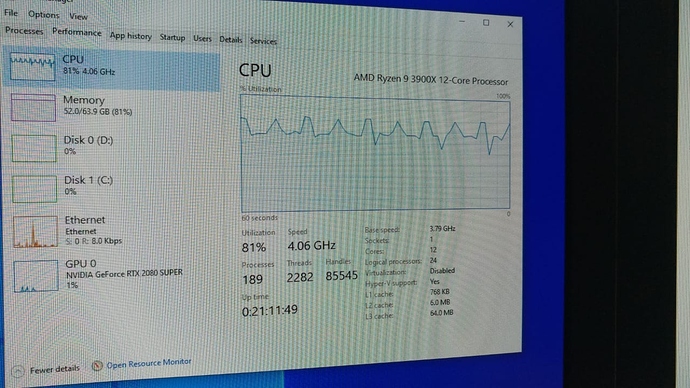 and a few times during Resampling with java heap exception error.

I would like to point out the memory setting involved despite which the process failed, 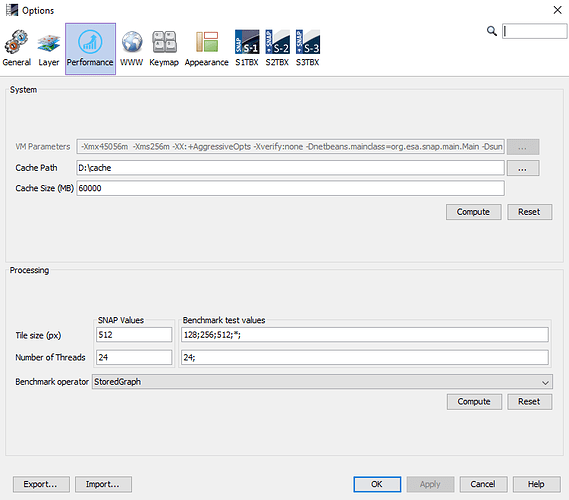 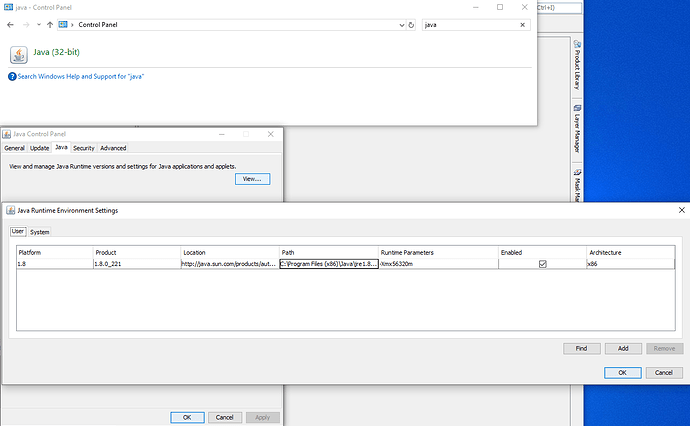 I am curious to know where exactly I am going wrong with my settings.

I would suggest that you reduce the cache size.
You have ~45GB of available RAM which SNAP can use. But you set 60GB for the Cache. This is exceeding the maximum.
Set the cache to 15GB, or so.

I resample S2 data to 10m with 10GB RAM and 1Gb cache. But I have only 6/12 cores. This means that less simultaneous processes use less memory. However, with the above-suggested configuration it should work.

The settings in the Java control panel are not used by SNAP, because it has its own Java environment.
The installed Java version is a 32Bit version. This is not appropriate for your system, because itcan use only 4GB of your memory, at maximum. You need a 64Bit version of the JRE.

With the settings suggested by you, 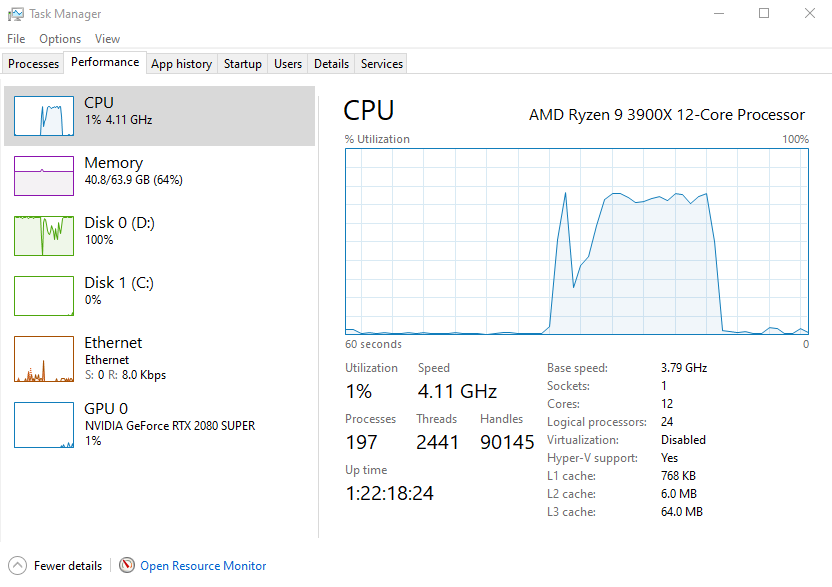 Can you please explain the relationship between the available RAM with SNAP and the Cache and why do we see such a drastic difference in the processor’s performance? Notice that with the old settings the processor was functioning at 81% and with the new ones its just 1%.

Good that it now works. I reall wonder about the 1%.
The 1% could not last over the whole processing time, otherwise it wouldn’t finish in 39 minutes. This is a usual timing for such a processing.
At the point in time your screenshot was taken, it seems the processing is busy with writing (100% disk load). Maybe this interrupts the processing.

I noted in our issue tracker that we should prevent should memory misconfigurations (SNAP-1178).