I used the C2RCC processor to make atmospheric correction of S2-MSI, then to retrieve the Chla in Lake IJsselmeer using Gon’s(2005) algorithm, it needs the Rrs at 665nm, 709nm and 779nm, yet no rhow_779 was generated using the C2RCC. I would like to know whether there is a way to obtain that for MSI in C2RCC processor.

Sorry for the wrong expressions for the center wavelengths. Yes, I wanna get the rhow at 783, i.e., B7., but it wasn’t generated in C2RCC using the default input parameters.

Actually B7 it is written by default.
Maybe you looked at rhown? There you don’t have it. 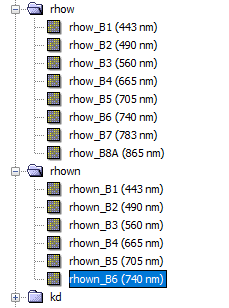 Yes, you are right, I just looked at normalized water leaving radiance.What a careless!
Thanks again.

I re-run the C2RCC by the default, but I did not find the rhow dataset, very strange. BTW, I used the SNAP 6.

Do you have a rrs group instead? Then you haven’t used the defaults.
The screenshot shows the defaults. The red box shows where you can switch between rrs an rhow. 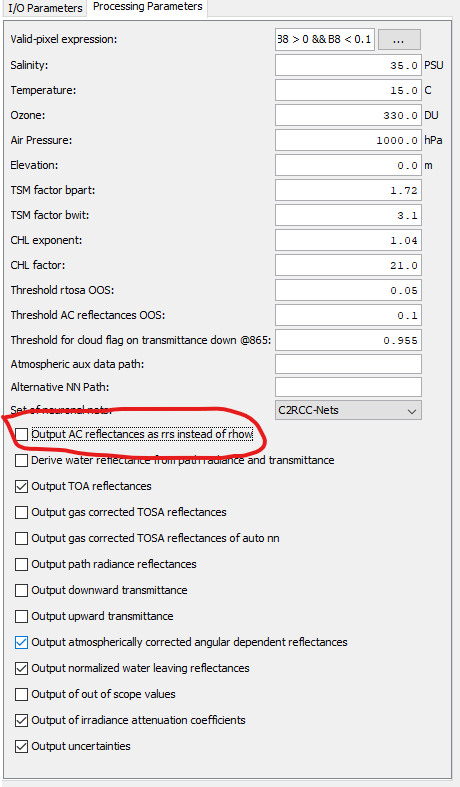 Thanks Macro, it works now. Thanks again.