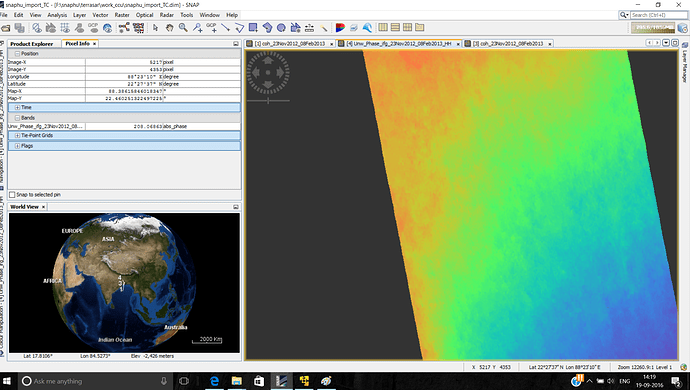 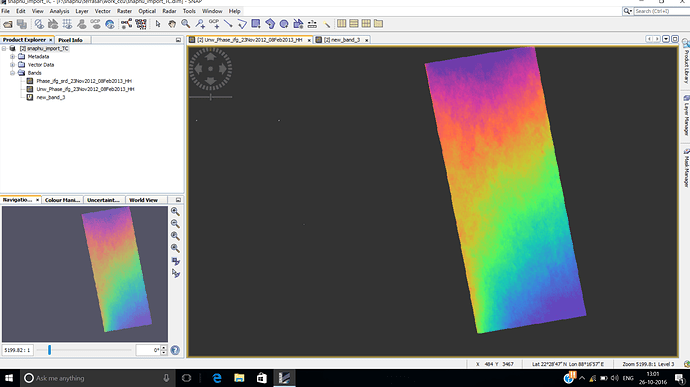 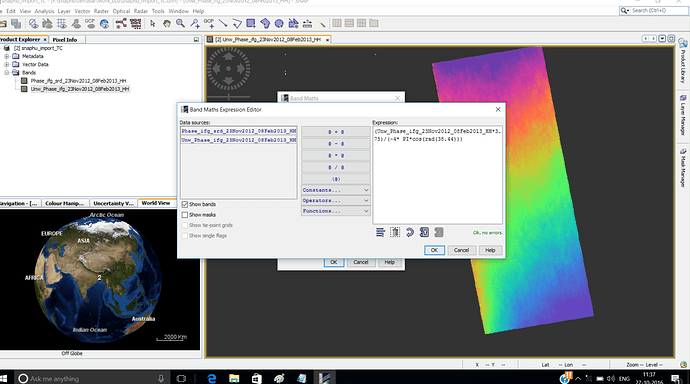 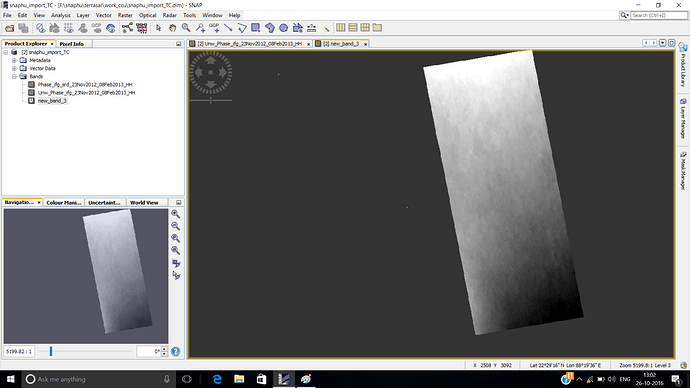 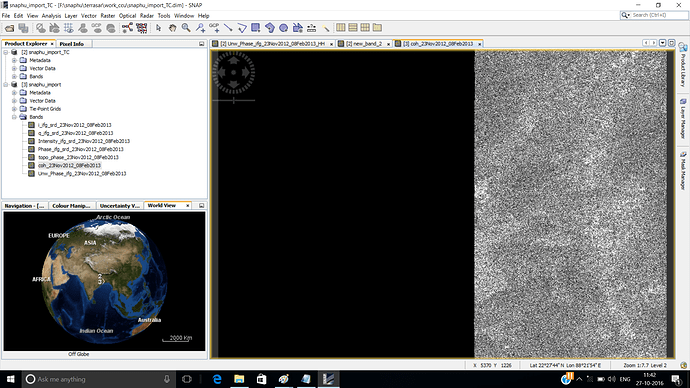 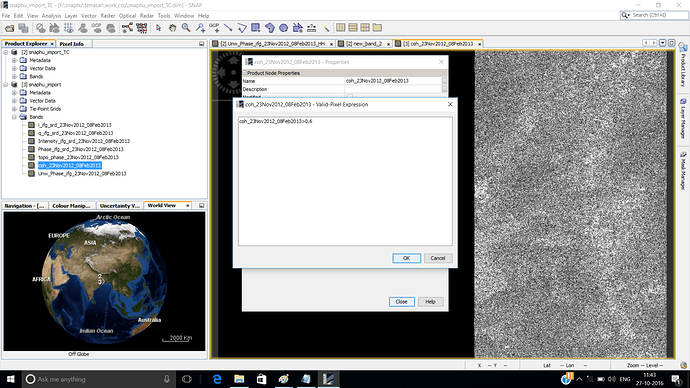 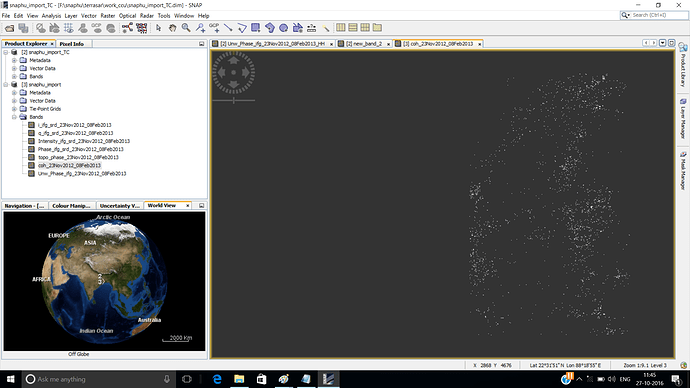 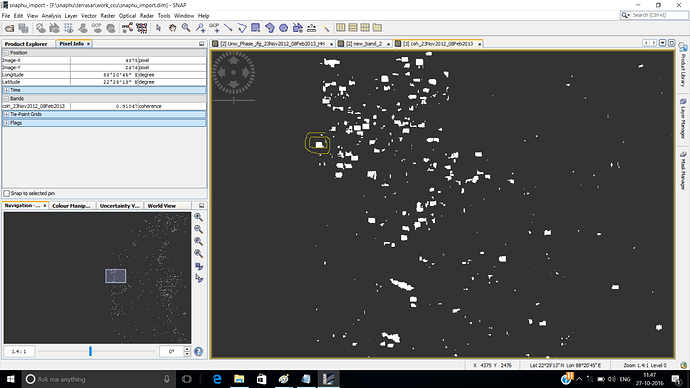 I don’t know how I can it explain it any better than above.
You don’t get information about subsidence from the coherence layer. You only use it as a spatial indicator of quality of your phase information. Therefore, you don’t apply the masking of low coherence on the coherence but on the unwrapped phase information (band 3 in your case). Then you will have the areas where your information is reliable. You can also lower the threshold to 0.4 in order to get larger valid areas.

Sorry, but it seems that you follow a recipe while you aren’t aware of the meaning of the single steps. InSAR is not trivial, undoubtedly. But one should be clear about what is done and why before processing.

I’d like to say what is mentioned by ABraun in most digestible words, In InSAR Processing chain there are a lot of steps, SNAP concise most of this steps in general and short by including the other within the major steps, the other thing I’d say is each process step has many parameters, in any processing case we try to play with this parameters increase or decrease according for example to study area the per.Basline and TemBasline, Atmoshperic effects and so on, So try to play with those parameters by taking in your account a short TemBaseline for instance in Sentinel-1B only six days, that would clarify many matters for you.