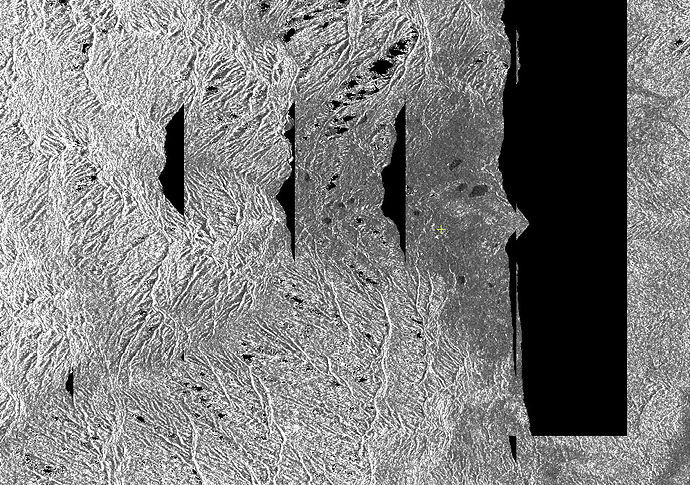 Luis suggested that the in memory DEM tiles might need to be increased in size. I think this could alternately be the result of not enough, or not the correct set, of in memory S1 tiles being loaded for some areas. Notice the left edge of these black areas follows the topography similar to the edge of the ortho images.

Another terrain-flattening black area effect, “edge-wedges”, that appears on the left and right side of some terrain flattened products is shown last below.

Mapping of some areas of New Guinea cannot be completed without a fix for this issue. 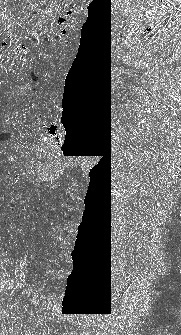 Left side of terrain flattened image:

I am using SNAP 6.0 for processing S1A GRDH data and after terrain flattening my results are affected by artifacts too. Before doing the flattening there are just low intensity values located. After the flattening those areas are 0.

Here are the processing steps: 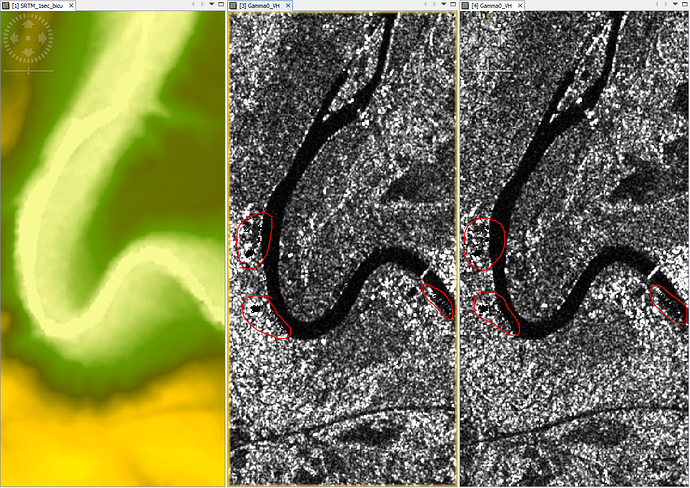 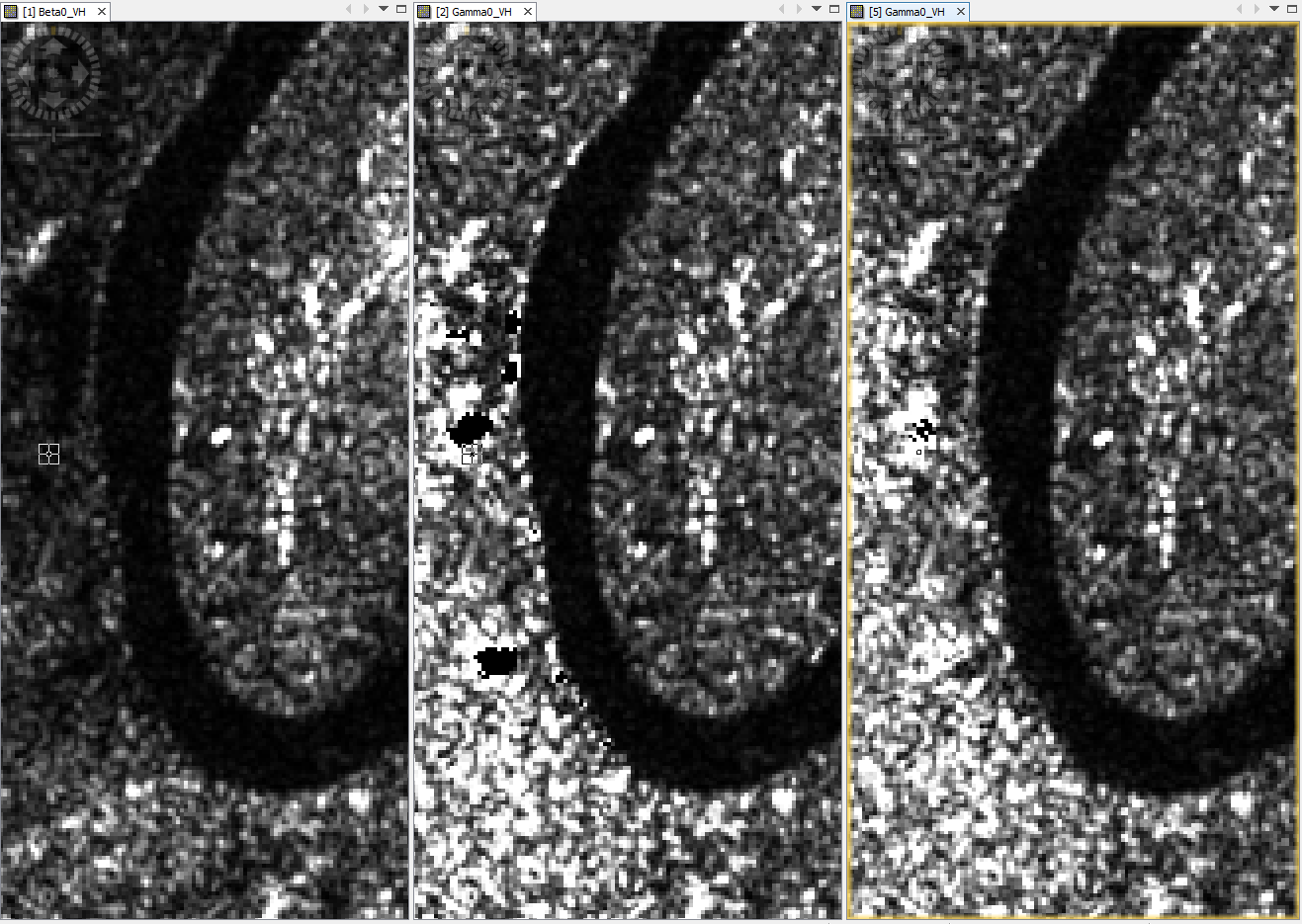 Do you have any ideas for solving this problem? I tested many combinations of the processing steps, but all results are affected. Do you need more information? After the preprocessing I am going to do a classification of tree species. which is why I want to reduce radiometric distortions. As I am using datasets of different orbits, terrain flattening should be an essential step.
Best regards

Have I overlooked something or does nobody have a solution?
Based on the idea by Small (2011), am I right that TF should be applicable to each pixel in the dataset without having artifacts? 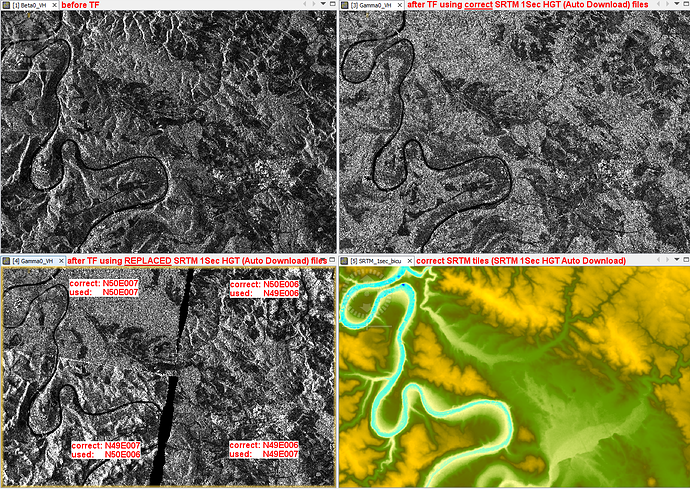 The figure in the lower left shows the result of TF using the replaced SRTM tiles. For N50E007 the TF was applied correctly (but artifacts are visible). For all other tiles the replaced ones are used, because new terrain effects occur after TF, but the black area artifacts are gone.

In the following figures the subset of my previous post is shown. 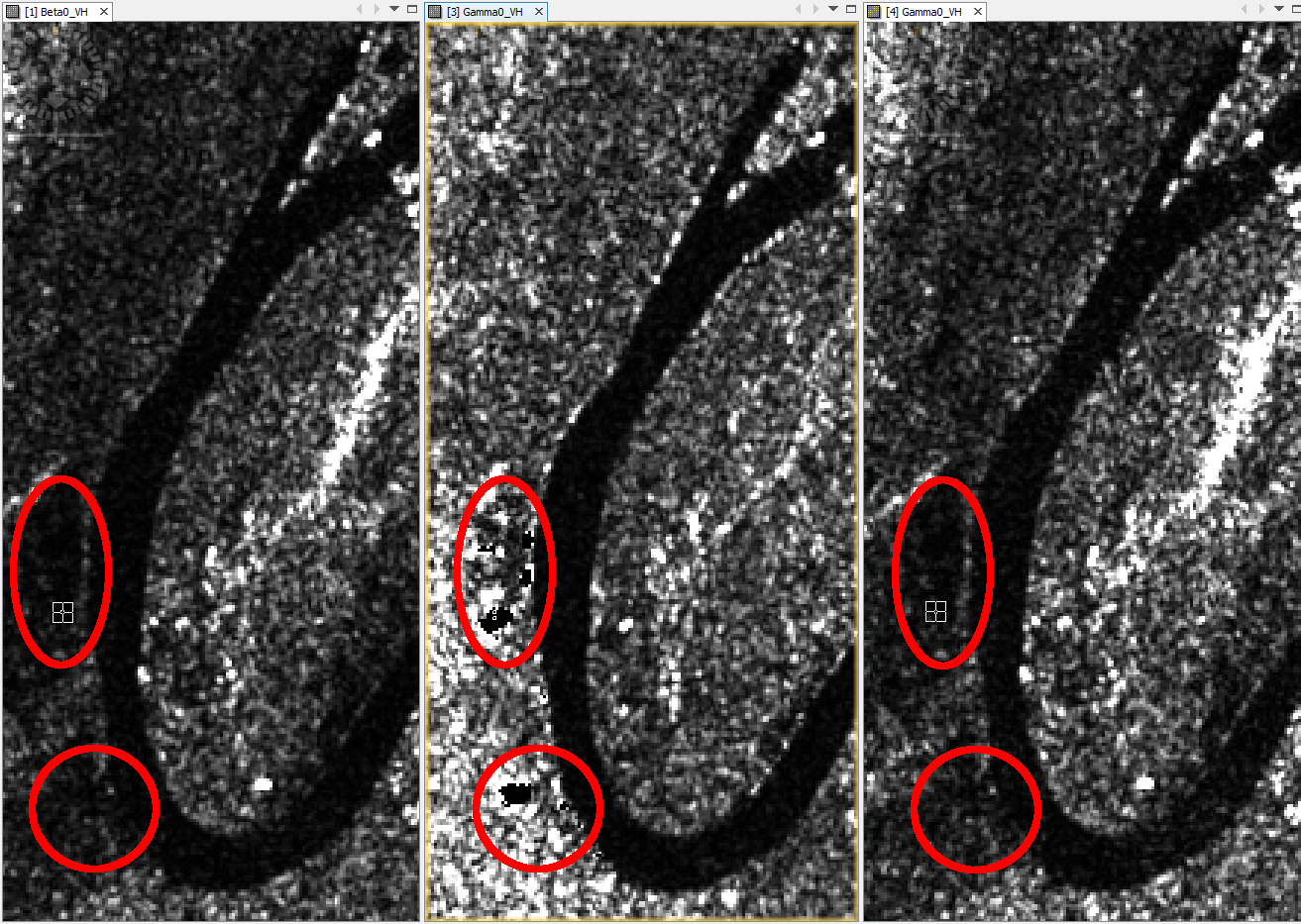 For figure 3 the SRTM tile N49E006 was replaced by N49E007, whereby no artifacts occurred. 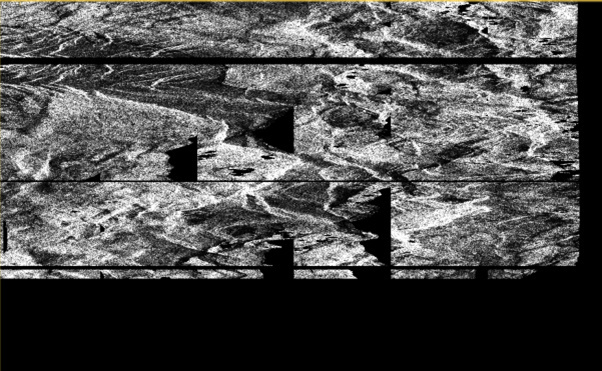 Shadow areas would not have straight line edges. I am guessing that those straight edges are the edges of missing DEM tiles in memory.