Has anyone of you successully imported DESIS data into SNAP?

DESIS is a multispectral imager onboard of the ISS.

The data structure is logical, SNAP is able to read the hdr file:

All wavelengths are correctly assigned to the 235 bands 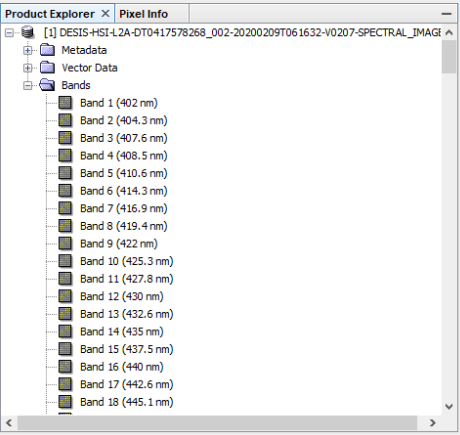 However, the raster bands cannot be read

If I select the tif file for the import, the bands can be displayed correctly, but the metadata on the wavelenghts is not part of the product. It would be great if both would be possible and I think it there could be a work around. 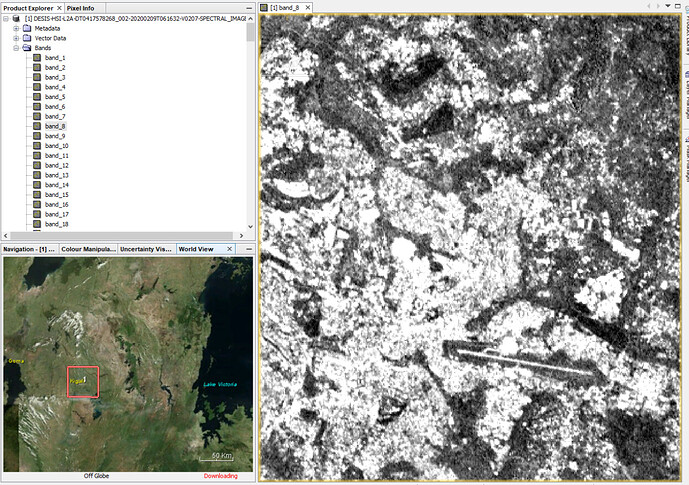 In case anyone wonders. I wrote a python script which replaces the WAVELENGTH tag in the dim file according to the wavelenghts stored in the hdr file of the tif file. 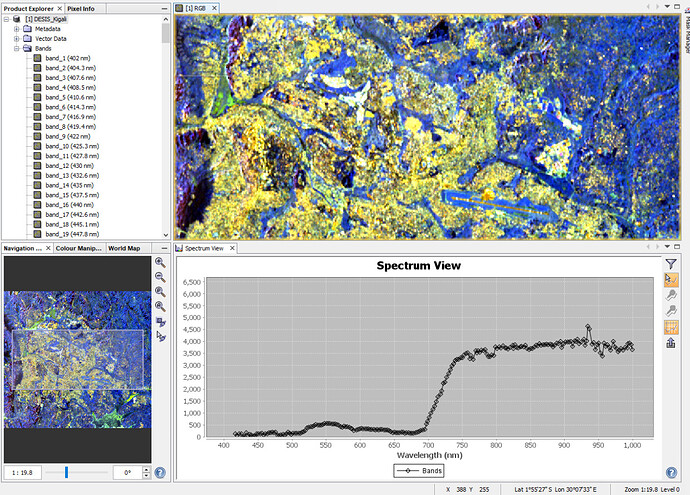 It took a while but I had a look at the data.
When opening the *.hdr file the tif file is considered as a binary file. As it would be a *.img file.
This stops the reader from opening the data.
With some effort this data could be supported.

I now wonder if there is a broader interest for this data and if we should put it on the development roadmap? Are more users interested in this data format?

I am, in fact. We downloaded a L2 DESIS image and only when I open the *SPECTRAL_IMAGE .tif file I can see something. Still the flags are not shown and the values need some factor. Andreas, did you do something else? Could I take a look to your python code?

I had the same case. So I converted it into BEAM DIMAP and then had a python script fix the missing wavelengths of each band in the *dim file. Probably the scling factor of 0.0001 could be applied as well so that the values are directly interpreted as reflectances between 0 and 1.
Probably not the most elegant way to do it but at least the wavelenghts are interpreted by SNAP.
I’ll gladly share the script later today when I’m at my other computer.

You have to enter the full path to the input .dim file and the script creates a second .dim file with included wavelenghts.

You have to rename/switch them afterwards so that the newly created one applies to the .data folder