Can anyone explain the steps to Import unwrapped result back into SNAP for terrain correction? I want to be able to view and manipulate a georeferenced unwrapped image in ArcMap ultimately.

have you run snaphu correctly?
First, you need an unwrapped product (one *.img and one *hdr image)?
Second, a reference image (interferogram before unwrapping) in DIMAP format must be opened in SNAP.

If both are present, you can run the SNAPHU import as described:

1-Read-Phase (this is the reference file, usually the one before the unwrapping) 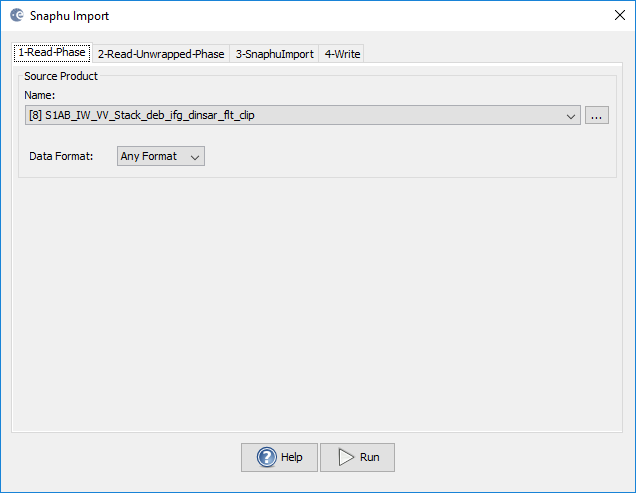 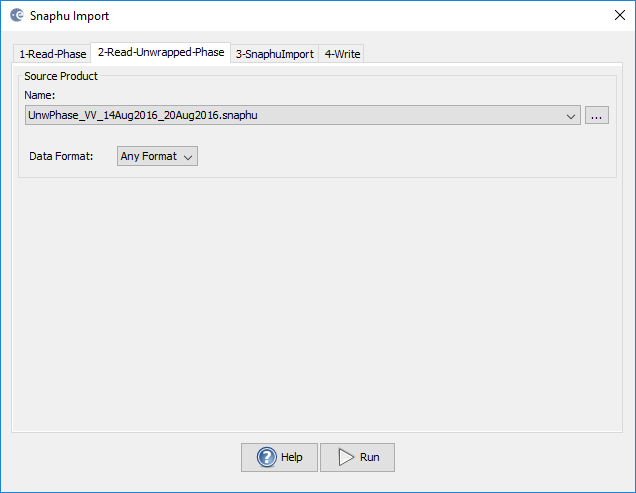 Yea, totally understand what you are saying, however, it’s not working. I have my interferogram and unwrapped image that was exported using snaphu. The snaphu import part is not working.

I have the correct file for the first tab:
1-Read-Phase (this is the reference file, usually the one before the unwrapping)

I also have the correct file for the second tab:
2-Read-Unwrapped-Phase (here you chose the hdr file of the unwrapped phase created by snaphu)

However, when I select the unwrapped phase hdr file I get an error that says: could not be read

I have no idea why this isn’t working, any help?

I don’t get any errors or anything. Here are my files below:

What do you think is going on?

Exporting and importing is not enough, you have to create the unwrapped phase before importing again. This is done by snaphu, an external program which runs by command line. Please have a look at my tutorial:

I followed all the steps just fine until this step: 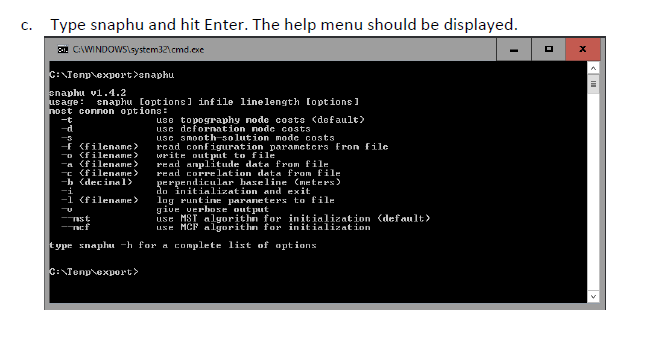 When I type snaphu and hit enter, this is what returns:
C:\Temp\export>snaphu

If I try to open the snaphu.exe application just by clicking on it, the screen flickers and it doesn’t open. Nothing happens.

Any idea what the issue is and how to resolve it?

You need to enter the full command as given in snaphu.conf
Double clicking won’t work as you cannot add arguments. That is why the window closes immediately.

Excuse me, I want to ask i have done a radiometric terrain flattening for my IW GRDH S-1a data. After said process, this dialog box came up. Will it affect my target product in anyway? What is the cause for java heap space?

Hello @ABraun thank you for your reply to my question. How much RAM is necessary to process IW GRDH Sentinel-1a data on SNAP? I have tried to google the laptop requirements but have not found it.

Terrain Flattening belongs to the modules which require the most capacities. Many modules perform sufficiently with 4 GB but 8 is surely better.

I have 4 GB of RAM in my laptop, i guess it’s not enough. Thanks for your answer @ABraun

you can make a subset before Terrain Flattening to reduce file size and processing time.

If I may ask, how do you make a subset before Terrain Flattening? @ABraun

@ABraun Thanks for replying. I’ll try it and see what happens

Yes, I understand that. Here is what it looks like. I have done exactly what the tutorial says. The unwrapping is not executing. The return is c:\temp\export 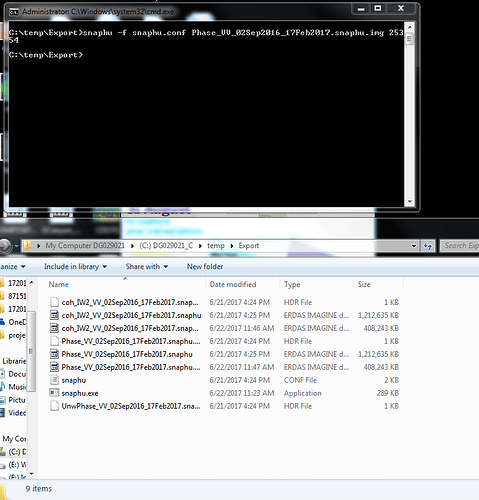 I have 16GB of RAM and 50GB of space. I have Cygwin64 installed and SNAP is all updated. Not sure what I am doing wrong?

it’s strange that snaphu is not started. Do you have anti virus software that prevents unknown exe files from running?