im using the released SNAP 2.0 64bit
thanks for the check

Was there a solution of this problem? I get the same effects after terrain correction in some orbits.

I think I have a similar problem, I am processing GRDH files with Calibration > Terrain-Flattening > Terrain Correction. When I compare the output of this processing to images processed using Sarscape in EVNI as well as Sentinel 2 imagery these images or off by about 8 pixels SW. Originally I was using an external DEM that was MSL and tried the process again with another external DEM that was ellipsoid. The processed images was still off by about 8 pixels and even matched up the MSL DEM. Can’t figure out why this is happening. The images processed with the 2 different DEMs should show some variation but there isn’t

Which version of the software are you using and what are the products involved?

What’s the file name so I could download it and process it?

Applying terrain correction with the default SRTM and then exporting to Google Earth, provides a perfect match with the dam, airport and roads. The problem here might be the external dem you are using. Does it already apply an Earth gravitational model? In the next release (hopefully tomorrow) you will be able to set this for your external DEM. 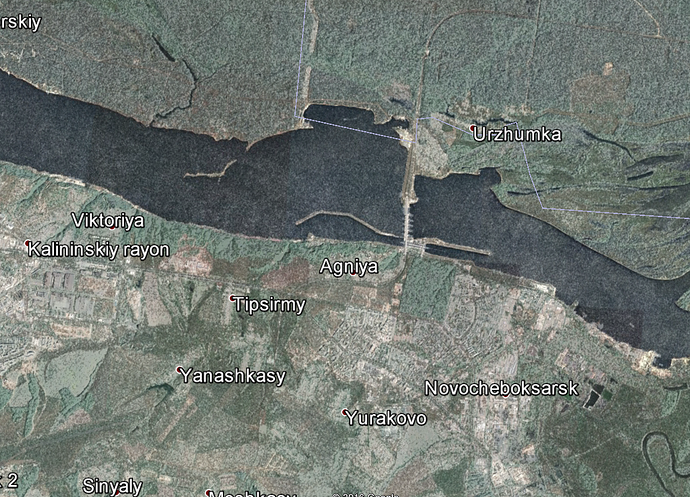 Ok thanks! One more question, how do I export it to Google Earth? When applying terrain correction, I’m not able to save output in KML format.