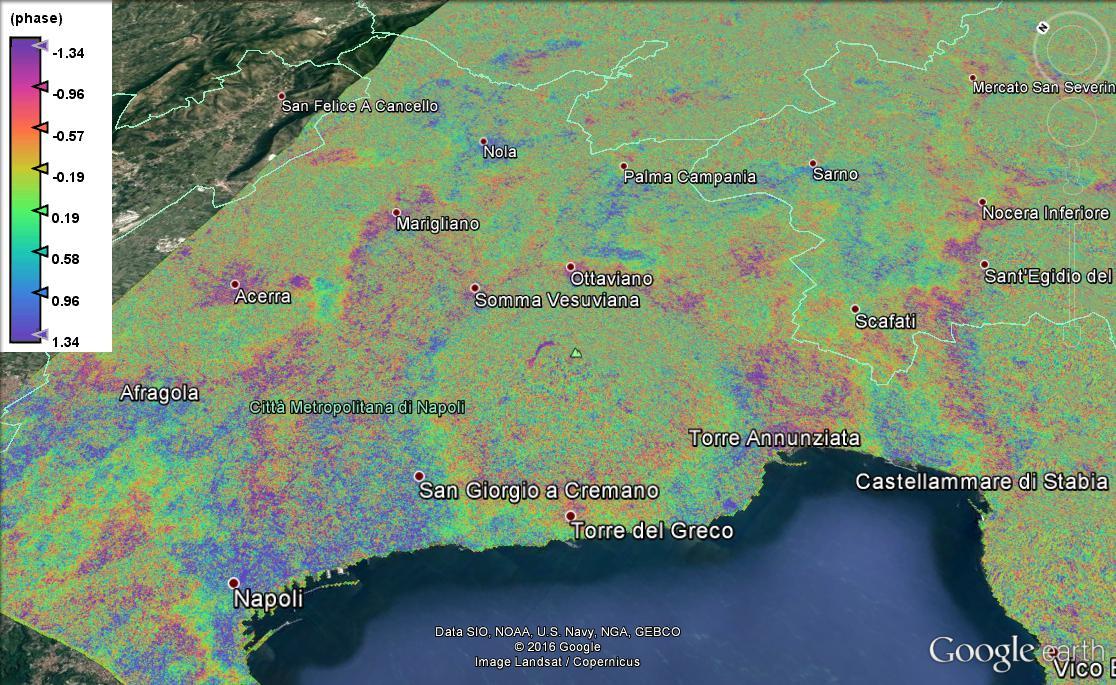 if you want to compare interferograms of different dates you will have to apply the topographic phase removal first.
The subsequent task, phase unwrapping, can not be done in SNAP. You’lll find informations about it here:

Does anyone can help me that after I have run Snaphu export, there are eight files, include UnwPhase_ifg_srp_VV_25Jul2015_18Aug2015.snaphu.hdr, but there is not .img file. ???

Andreas, when multilooking an interferogram, it’s best not to select any bands. In this case it will multilook i and q and recreate a new virtual phase band with the resulting i and q. If you select just the phase band then it multilooks the phase band but the histogram will be different and the colours will look weird.

thanks for pointing that out. Of course you’re right - as phase is only a virtual band its origins (i and q) should be the actual input for multi-looking. So selecting no band is the best option.

Happy New Year to all!
how you can get a feeling for an area of ​​your interest of subsistenza tectonics over time?, and how you can get an assessment of a volcanic area evaluating the paroxysm in time ??
thank you all.

you will find answers on most of your questions in here:

Dear Falah I saw the processing with the next steps: 1. Import the images 2. Co-registration: here I selected IW2 and the bursts 3 and 4 3.Create the interferogram 3. Made the deburst 4. Remove the topographical phase 5. Applied the Goldstein Phase Filtering 6. Unwrapping 7. Geocode As I am using ‘TOPS Interferometry Tutorial’, it does not have two last processes ( I mean I do not know how I must do 6.Unwrapping and 7.Geocode). Would you guide me? Cheers, Marjan

Hello friends .
In the attached photo after creating the file Interferometry you could kindly indicate how to measure it had moved ?? Thank you so much to all of you 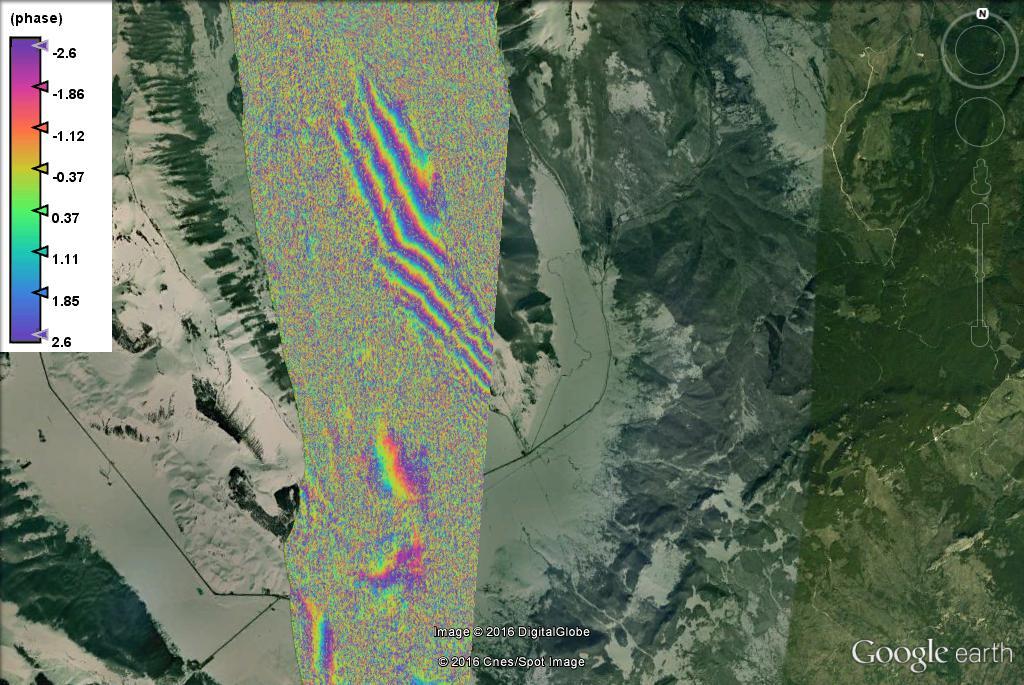 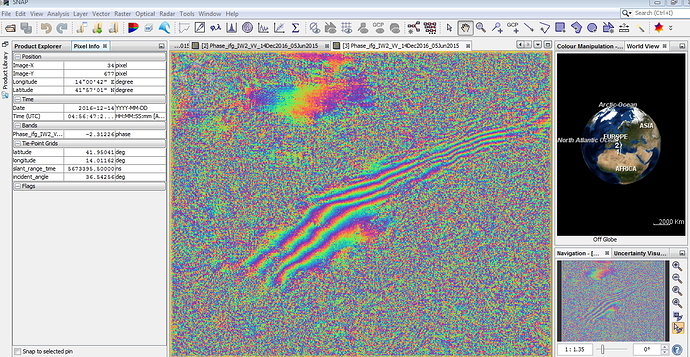 Here I was speaking of this as I can intepret the steps in cm ???

please have a look at the links to other topics I posted above where exactly is described what you are looking for.
There are also links to some tutorials which describe it even better.

Thanks for the advice, I try!
Another courtesy, where I can download previous years 2009 SLC IW Sentinell?

But you can use Envisat ASAR data (also C-band, 20 m resolution, data from 2002-2012) which is freely available for ESA users via the EOLi-SA catalogue.

Good evening to you all.
I would like to have a interrrogazone difference between two images of snow and avalanches. That file and that the proceedings should I do? File GRDH IW, or SLC? thank you

excuse me…
Good evening to you all.
I wish I had a query difference between two images of snow and avalanches. That file and that the proceedings should I do? File GRDH IW, or SLC? thank you

Good evening to you all.
I wish I had a query difference between two images of snow and avalanches. That file and that the proceedings should I do? File GRDH IW, or SLC? thank you

If you want process with phase information you should use SLC data (for InSAR applications like DInSAR and PSInSAR) otherwise you can use GRD data (for offset tracking).

Thank you for your response, I tried the data SLC -IW
But the result of landslides or avalanches of snow was observed knowing the place where took place, why? You might indicate the steps to follow?
Also in some processed me this frame appears file below … cmq is considered a movement observed by the satellite?
thank you all… 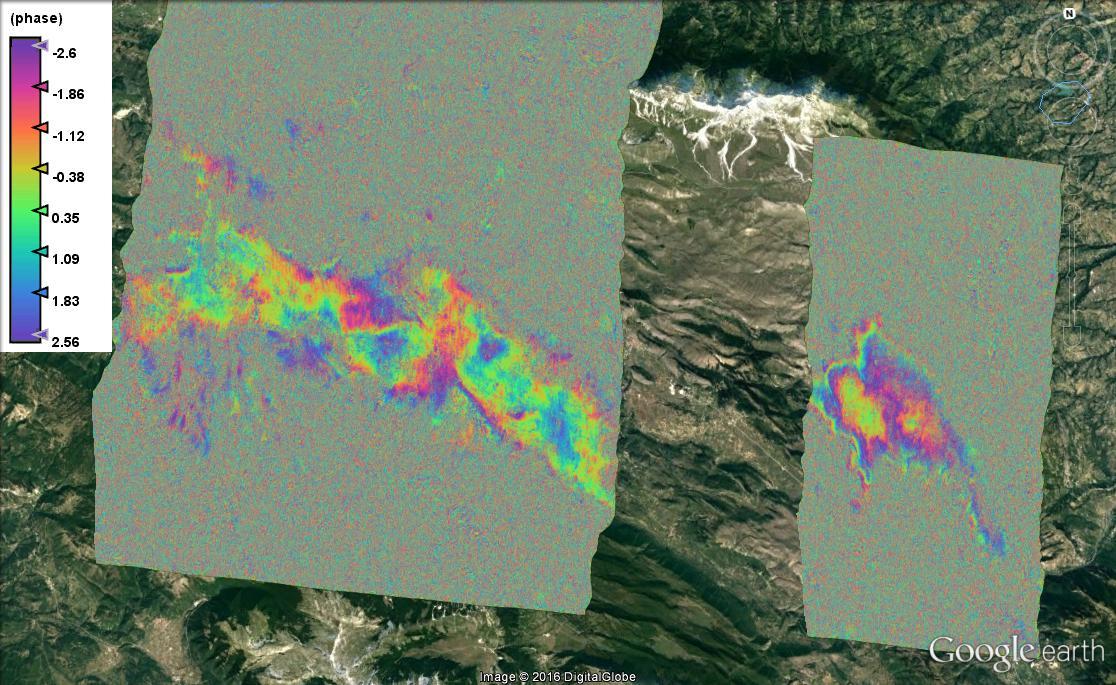 I applied a filter to files Goldestein