If you’re having memory problems, you could try a few thing.
In Tools -> Options -> S1TBX you can select to use the file cache which is slower but will use less memory.
In TOPS Split you can select the subswath and also limit the bursts to just your area of interest.
If you still cannot construct databuffer, run the processing one by one with the individual operators rather than all together in graph.

thank you . I just need to in order to observe a small max 40 square km area

you kindly guide me how can I run these your steps I should perform?

If you still cannot construct databuffer, run the processing one by one with the individual operators rather than all together in graph.

Iveci tells you to run manually the steps instead of using the graph builder (right ?) .

Then put both the images in snap. Go to radar => Sentinel TOPS => Top split . Split both images. Then radar => apply orbit file. Next, radar => coregistration => S1 tops coreg => back geocoding. All these steps manually.

Iveci, can you confirm if in the options into performance section she changes the system Xmx and in processing the cache size it can improve and maybe solve the memory problem ?

Good evening, and thank you for your commitment. I applied (hen Both put the images in a snap. Go to radar => Sentinel TOPS => Top split. Split Both images. Then radar => apply orbit files. Next, radar => coregistration => S1 tops coreg => back geocoding. All These steps manually.) and I saved the split stack files, now politely as I continue ?? thank you very much

Here, you have two options, the first one is
To reduce the number of bursts according to the location of your study area, As I mentioned before,

Yes, Exactly and also take a look as I mentioned in which bursts your area is exactly situated? Then you could select only these bursts

The other solution you could use graph builder but you need to divide the steps as following, 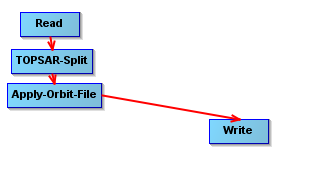 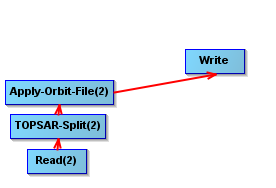 Hello Good evening, unfortunately get to write 3% and stops with this error placed in the picture … I pouoi help kindly? thank you 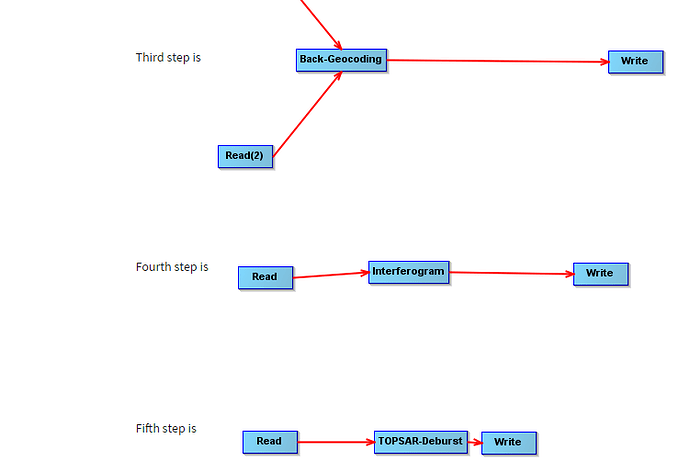 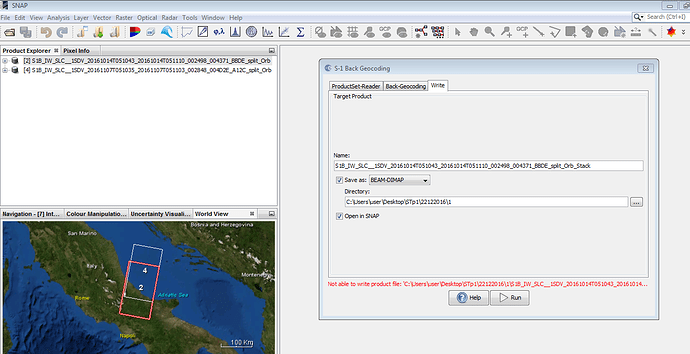 Could you change the destination path of saving your results products for instance in D: or if it is not enough try to use external drive, and how match space do you have in C: drive? Is it enough? Also if you could increase the virtual RAM?

Good morning.
To move to the interferogram training I had to turn off the computer and reboot. Now he is writing …
But I can increase the memory dedicated to Snap

Thank you all
I wish you all a Merry Christmas.

Good morning you could kindly tell me the steps to export to Google Earth maps obtained intereferogram ??
Thank you .

hello kindly could you tell me the steps to export to Google Earth maps obtained intereferogram ??
Thank you .

thank you.
I followed the path for exports but other View in Google Earth is opaque inaccessible. Just as Geo-Coding ENVI.
How can I do ?

the interferogram must be opened in your view for this step. 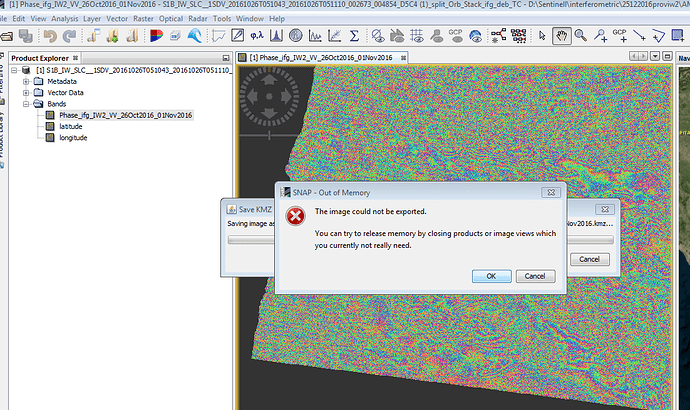 thanks, I get this error. It Can 'be that I need to restart your PC after you process large files?
Try to reboot and see …? 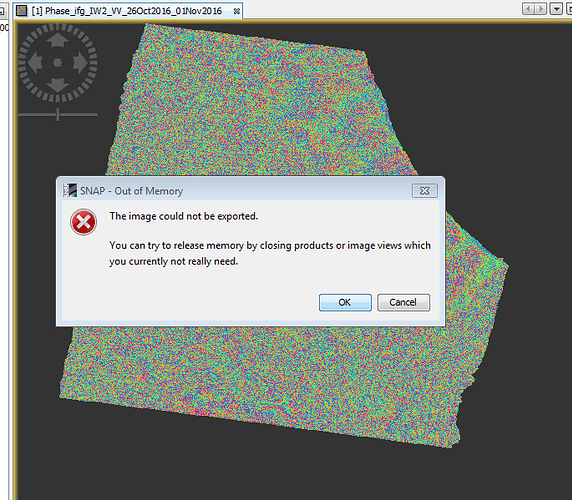 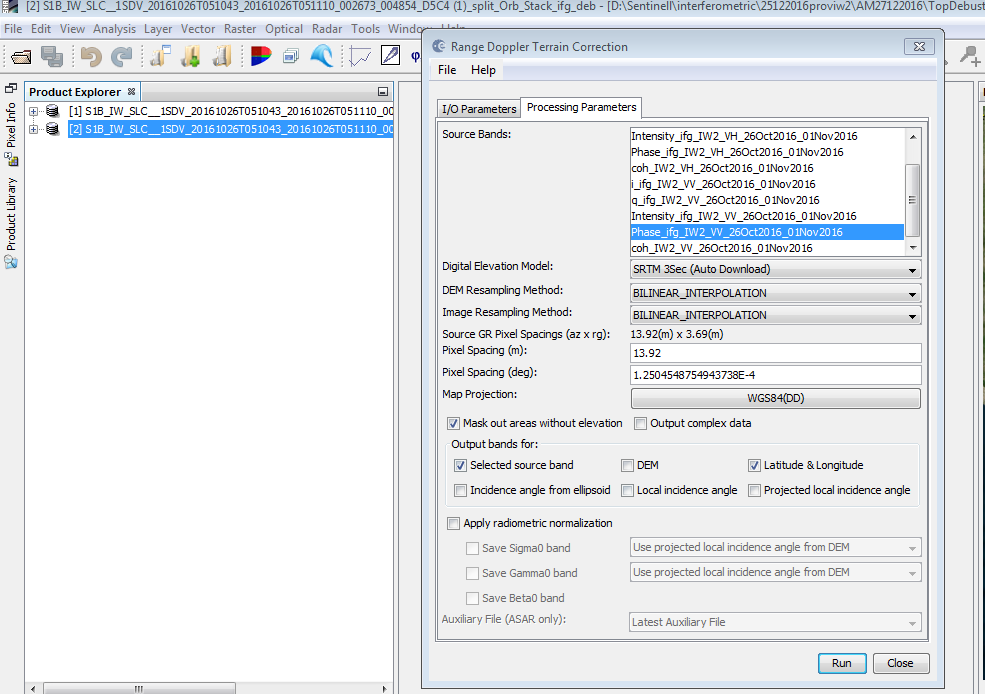 Menu > Radar > Geometric > Range Doppler Terrain Correction
Use your interferogram as input, leave the WGS84 projection based on lat/lon. OK ??