I have loaded a TanDEM-X InSAR dataset into SNAP 5.0. I then applied Radar->Interferometric->Products->Interferogram Formation, where I kept the default parameters besides setting Degree of “Flat Earth” polynomial to 1 in order to just remove a plane.

Then, I chose Radar->Interferometric->Products->Topographic Phase Removal, where I kept the Orbit Interpolation Degree at 3, Tile Extension at 100%, and chose SRTM 3Sec (Auto Download) as Digital Elevation Model. Unfortunately, this gives me a completely wrong result, adding deterministic phase components to the interferogram instead of removing remaining topography components.

Can somebody give me a hint what might have went wrong?

Some pictures to illustrate: 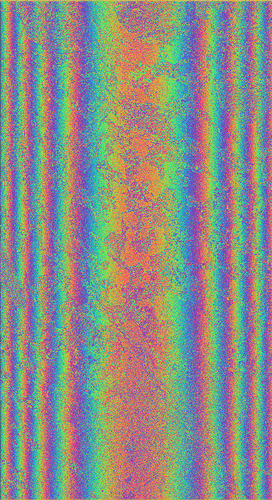 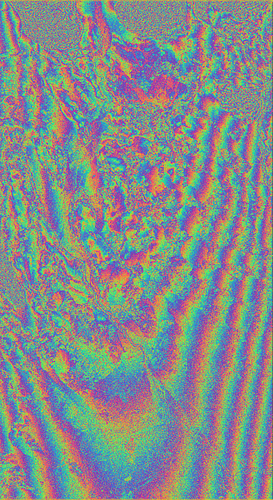 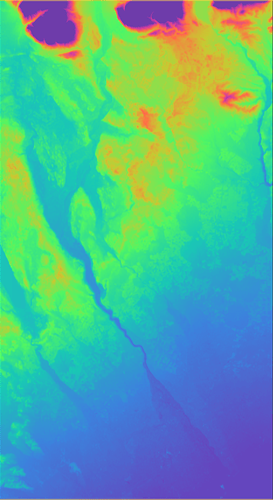 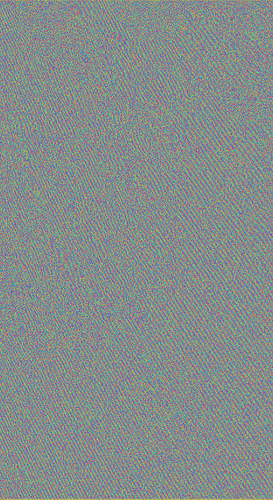 I think this has been fixed for 6.0, also for the beta-versions. We’re hoping to release 6.0 official in less than two weeks.

Dear @cfatras @annamaria @katherine @ABraun Sorry to bother you
I´m following your process How to prepare Sentinel-1 images stack for PSI/SBAS in SNAP 5 to try a Stamps processing. But I find topographic phase removal does not seem to work properly with separate pairs.Unfortunately, this gives me a completely wrong result, adding deterministic phase components to the interferogram instead of removing remaining topography components.
Some pictures to illustrate:
Before topo remove
上传中…
Topo phase
上传中…
After topo remove
上传中…
The parameter (I don’t know what’s the meaing of “Tile Extension”)
上传中…
上传中…
Please give me some advice. Thanks

Here are my screenshots
Before topo remove 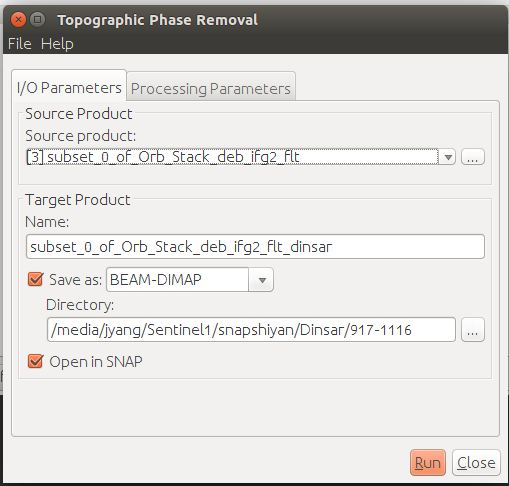 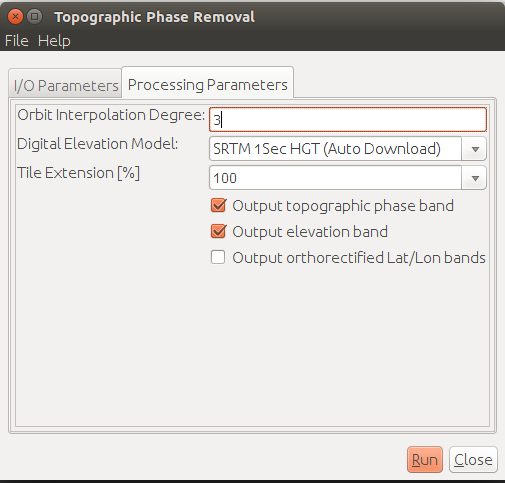 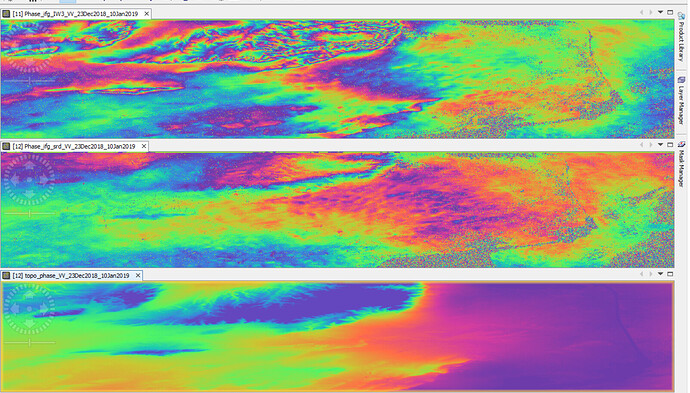 To m it looks quite fine. As you see in the bottom, the topographic phase is contributing little variance to the interferogram. So any pattern which is not related to the DEM stays in the data.

Which DEM was used here?

ok, this should be fine. What makes you think that the removal did not work in your example?

The fringes are similar between the two images in these particular region especially at the area inside the box, the fringes exist at the boundaries which is topographically very steep slopes. 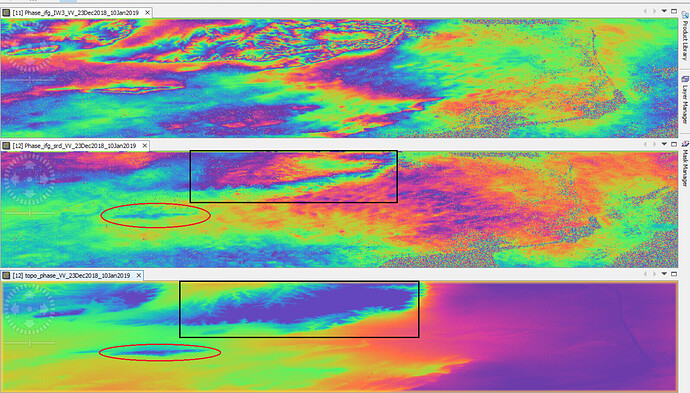 But I am not so sure whether this related to topography or not, because area inside the box is a tilted fault block which is bounded from all sides by steeply dipping normal faults.

Here’s the terrain-corrected phase_ifg. of how this particular are looks like on google earth pro 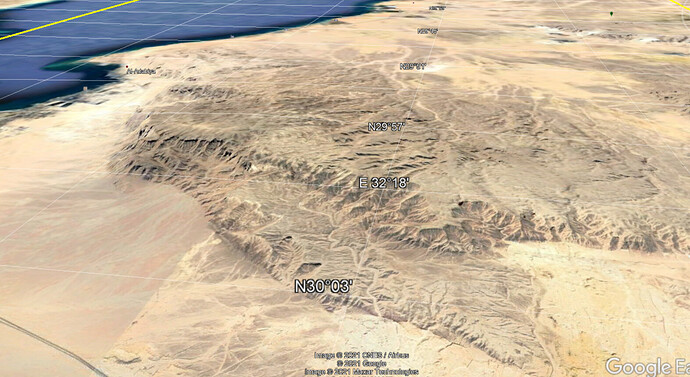 Residual topography in the phase does not automatically mean that topographic phase removal failed. In some situations the atmoaphere is highly stratified close the the ground which can cause a topography-related phase-signal. An example is a dense cloud-layer close to the ground that causes a phase-shift that depends on topography.

So the best course of action in this situation is to eliminate the atmospheric phase from the interferogram utilizing a permanent scatterer technique or by trying different image pairs, isn’t it?
I believe I should work on ERS datasets with least revisit interval if available, because sentinel 1 A and sentinel 1 B still didn’t achieve less than 12 day temporal baseline in my study area.

Yes PSI will minimise atmospheric effects. What is your application?

It is quite unlikely you will find ERS-data with shorter than 35-day temporal baseline.

What is your application?

In that case Sentinel-1 is the only existing free SAR data source. You should look into basic InSAR processing with SNAP and then into SBAS (Small-BAseline-Subset) for EQ deformations using the external tool PyRate:

SNAP9 will support PyRate-processing in a similar manner that is currently provided for StaMPS. @mcvittal has more details.

Insar Basic processing produces interferograms like I showed above so I was wondering if there’s a way that doesn’t require ERS introduction to enhance them and hopefully reduce the atmospheric and topographic phase. I can’t figure if there’s any deformations has been happening at all the past 6 years.

What if the area lies in the overlap between two images, will it be viable to create an interferogram from, since the temporal baseline is only three days. 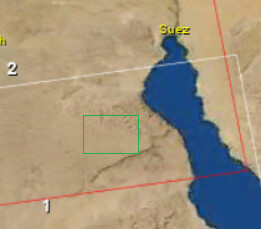 yes, if the relative orbit (track) is the same, you can combine it for interferometry. What sensor is it?

then 3 days are not possible. The shortest temporal baseline of an orbit for Sentinel-1 data are 6 days.

For InSAR you can only combine images from the same relative orbit (track).