All users of Sentinel2 imagery need to use sen2cor to process it from level L1C to L2A. Not only there are several problems with sen2cor installation but apparently there are also several bugs.

@ChristianSeverin has brilliantly shown there’s a bug in the L2A_Tables.py and he offered a solution. Since I’m not familiar with python, I copied the file version as kindly uploaded in this forum by @riyaadh91. After that I did the following tests:

As explained by ChristianSeverin I am using the command line to execute sen2cor. This is faster, easy and allows to follow all the process.

I have found the following:

The following image shows a sample of this phenomenon that happens with each granule.

However I could get processed images of all selected granules and also of full image. However, when I produced RGBs in SNAP, some of the processed tiles have different colours with seams between them whereas the L1C does not have any seams.

The following images show the situation before and after processing: 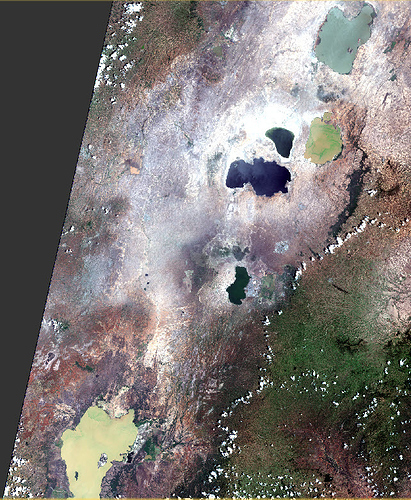 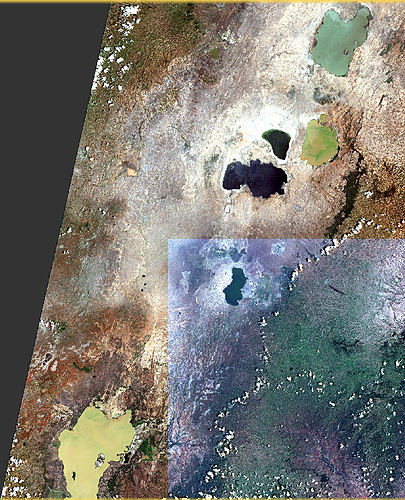 Kind regards to all.

Sorry, @Ghanisen, all I did with L2A_Tables.py was adding those few lines to fix the copy operations …

Could you kindly upload it in the forum because that would avoid dangerous code manipulations to people like me who are unfamiliar with python?

@Ghanisen, it seems that the broken copy_file() method call was removed from the L2A_Tables.py file in the GitHub repository as part of a major rewrite somewhen in March.

Correction: an (experimental?) download for version 2.2.0 can be found in folder test_new_setup_win! Yay!
So you could either fix the old L2A_Tables.py, or download the 2.2.0 beta.

Could you install the new sen2cor? I have syntax errors while executing ‘set_env’ as specified in their readme file:

Do you have an idea about this?

Concerning these off-color tile artefacts: according to Bringfried Pflug (bdpg), they are due to the fact that “the processing baseline of Sen2Cor is procesing L1C products tile by tile, with each tile processed independent from the others. Each tile is different and gives different aerosol optical thickness. This results in differences in the final BOA-product”.

Thanks to you @ChristianSeverin and to @bdpg for this information.

Did you manage to install sen2cor 2.2?

Did you manage to install sen2cor 2.2?

I have first downloaded and unzipped the file sen2cor-2.2.0.zip using your link. Then I followed their instructions to set the environment variables; it didn’t work as some variables (e.g. for GDAL) were not set.

I then removed manually the varibales that were added, copied the unzipped file in the root directory of my C: drive and repeated the set_env execution. This time around it worked perfectly and all variables were set properly.

I then processed 4 contiguous L1C granules pertaining to the same image. There were absolutely no errors mentioned during execution of the L2A_Process and the resulting L2A products were OK but presented the same color differences between some tiles due the same reasons @bdpg has mentioned.

I am now trying to see if I can do the color balancing in OTB-Monteverdi 3.0.1 and, if it doesn’t work, I’ll try with IDRISI TerrSet. I’ll let you know the results.