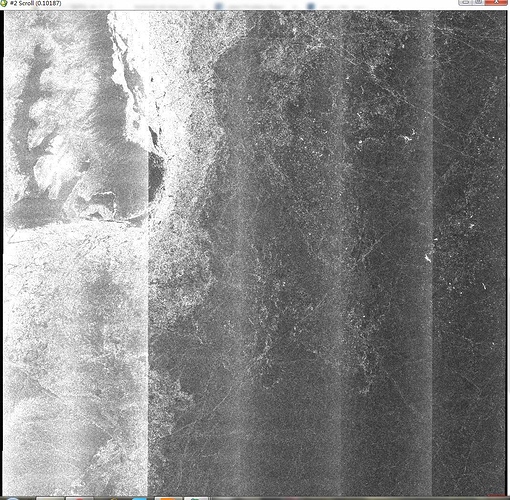 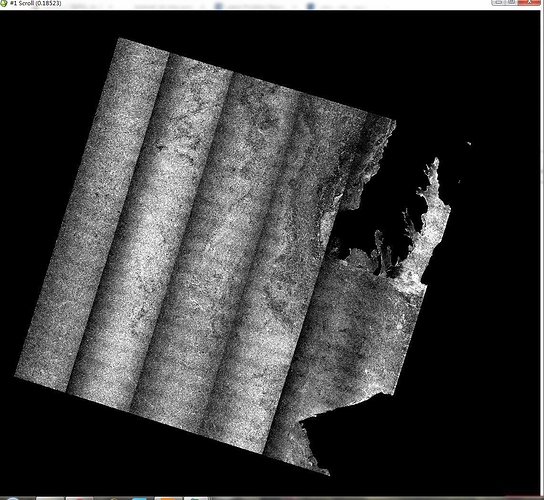 Above the two image are the same image which hare identity image downloaded from Copernicus Data Hub and propressed into dB and reprojection,the strips (also can be called banding effects) between different adjacent sub-swath are obvious.So I want to reduce the effect.Do you have any good idea?

Thanks for your advice in advance.

I solve the problem by using S-1 Thermal Noise Removal,which is introduced by @lveci before in another post.

However,I want to know the real reason for generating the vertical stripes,I think this is more important.DO you know the formation mechanism?

Using the thermal noise removal will reduce the effect between subswaths. However, this works best over land. Over sea you may still see residuals.

Yes,yes.I have tried it,there has some residuals over sea,but it is more acceptable than not do this.
Thank you.