I have to do the ortoretification in my Alos 2 Level 1.1 (slc fullpol) images. I know that SNAP is working well for ALOS 1. I am following the tutorial, without apply Alos Deskewing . I also know that the terrain correction works really well in Sentinel 1 images but for Alos 2 it seems that it does not work. See the images bellow. The regions close to the river in those images have low altitude and some topographic variation. You can see clearly the low altitude in Sentinel 1(first picture bellow) but in the Alos 2 (second image bellow) images the low altitudes look like small hills. In this Alos 2 images I applied Range Doppler terrain correction and I also tested Sar simulation terrain correction, and they do not work. The third picture is the incidence angle image derivate from Terrain Correction for ALOS 2.

I read in this forum that the terrain correction is not working for Alos 2 level 1.5, in SNAP. So, I would like to know if someone could confirm if it is not working for the level 1.1 ALOS2 as well or if you guys can help me with this issue. Could you suggest me some a way in SNAP or indicate another software where I could use the final products that I generated in SNAP (polarimetric images and sigma 0 images) to do the terrain correction of those?

Many thanks in advance 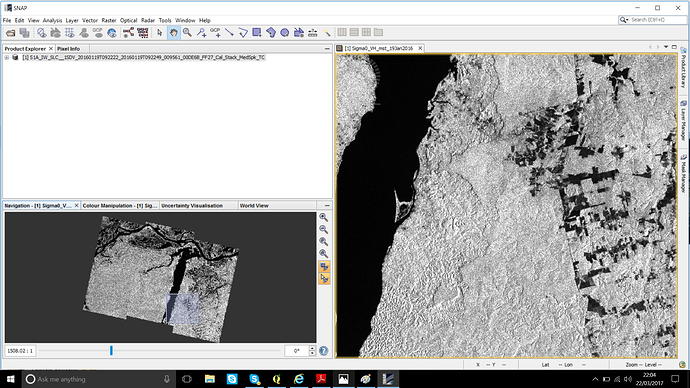 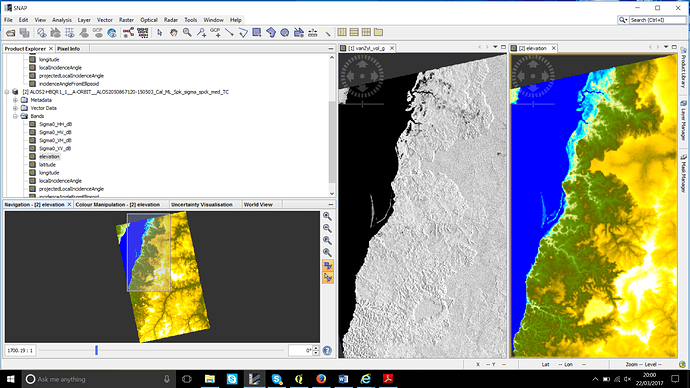 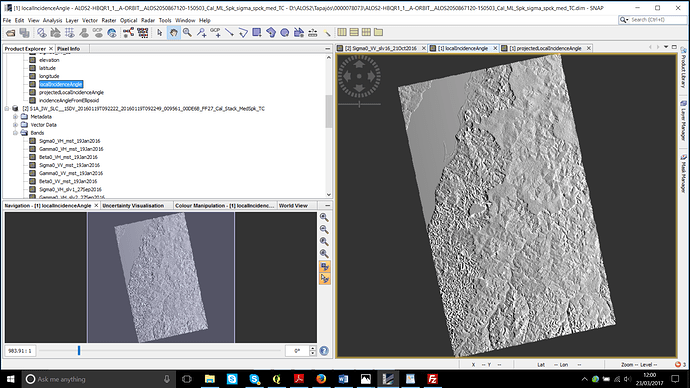 I am explaining a little better my doubt in the post bellow.

Yes the geocodings is matching well between alos 1 and sentinel 1 (see the pictures bellow ). The problem is that the small rivers, and the escarpments in Alos 2 look like small hills ( first picture second image) instead of small rivers, and the escarpments as you can see in the digital elevation model ( first picture third image) and also sentinel 1 (first picture first image). Do you think that it could be related to the incidence angle or something else? or perhaps I am misinterpreting something in the image? If it is something with the incidence angle, do you think that it can be fixed somehow?

Thank you for your help 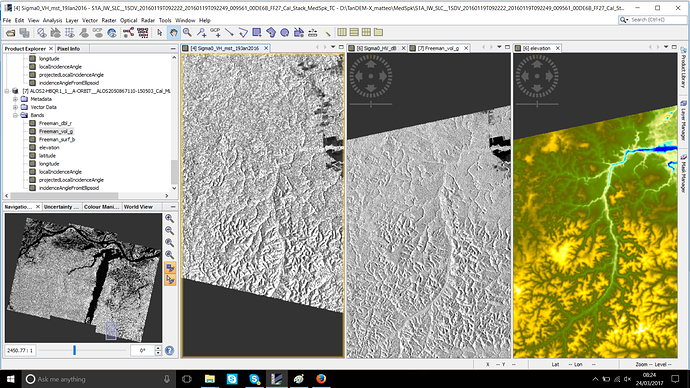 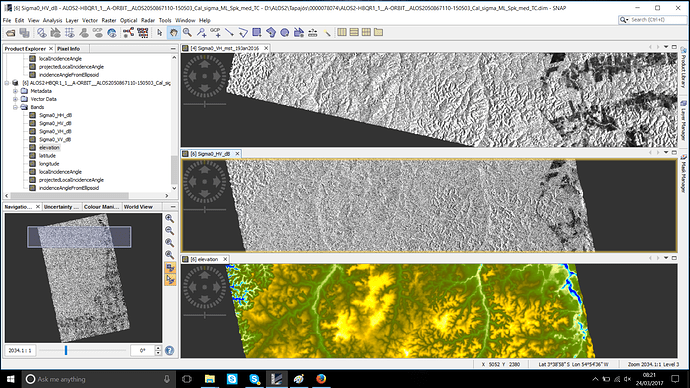