I would like to process sentinel 1A slc data in Batch processing:

when files are loaded to Graph in batch processing, I am facing error: indicating “NodeId: Read[2], File parameter not found” 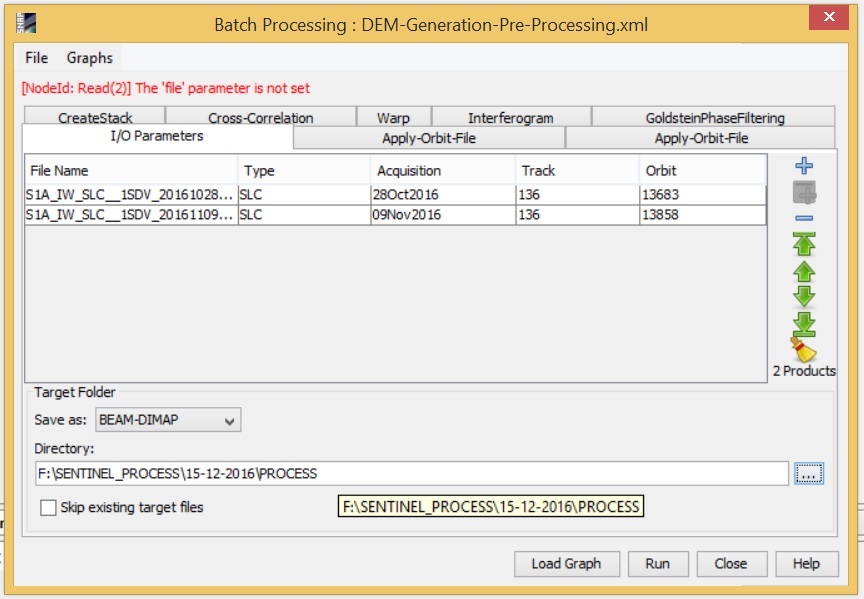 could some one let me know the solution…

I once had similar problems which occured when I changed an already existing graph file.

I investigted this some more: The problem re-occurs every time you insert a new module into an existing graph and place it between two connected modules, and remove the old link respectively. This somehow adds the .1 in the source product tag in the XML file which makes the graph incomplete.

Source files are set as shown in the image. Could you let me know in detail for spource of error