I’m using the C2RCC processor to estimate chl a levels and turbidity in a catchment area. Both lakes in this system are case 2 waters, and are seasonally affected by relatively minor algal blooms. One of the lakes particularly ‘suffers’ from high tannin concentration. I want to use C2RCC to pick up higher chl a concentration later in the season, but unfortunately the algorithm creates unexpected results for the lake with the higher tannin content. When chl a concentration rises, C2RCC estimates higher TSM instead of higher chl a (see graphs). This does not occur in in the other lake.

Could it be that because of high tannin run off in the lake, higher chl a levels are interpreted as TSM?

Do you have an explanation for this and how can I remedy this? 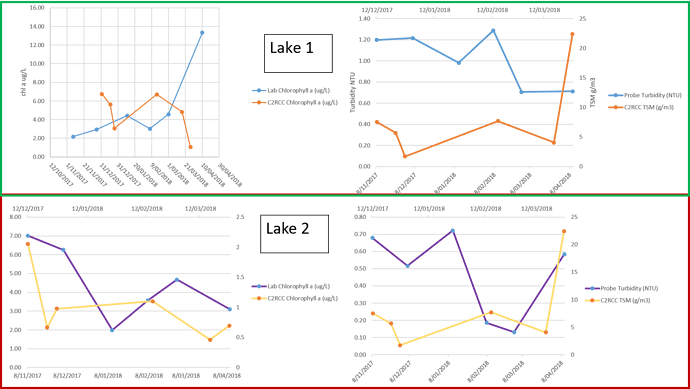