During coherence processing I’ve come across a strange issue where the coherence has a noticeable step between 2 sub-swaths of the same image (see screenshots below) which occurs in both the VV and VH polarisations. 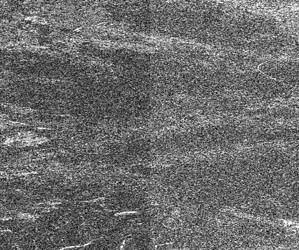 The processing chain used to produce this image (large graph for illustrative purposes, I’ve been processing in smaller steps for efficiency), with TOPSSplit done separately in advance: 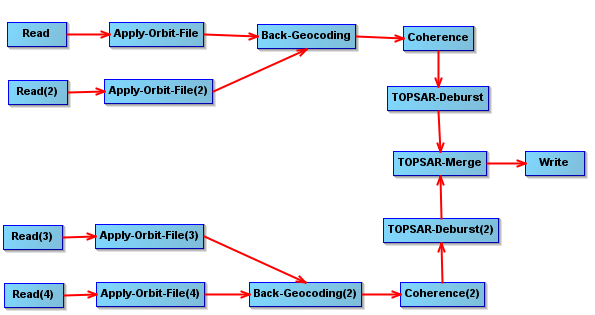 Removing the flat-earth phase correction during coherence estimation as suggested in another post, does not fix this issue. Any suggestions would be very helpful!

in case your data consists of several bursts, I recommend applying Enhanced Spectral Diversity after the BackGeocoding. Can’t tell if this causes the differences between the sub-swaths, but at least you will get better coregistration in general.

Thanks for your reply, unfortunately applying ESD doesn’t fix the issue, there is still a step in coherence between the sub-swaths

@estebanaguilera do you have an idea what could cause these differences?

Hmm thermal noise correction is a scalar correction - how could it improve coherence?

@mengdahl, indeed, if the correction applies a (spatially) smooth scaling, it shouldn’t have any noticeable effect.

I can try to reproduce the problem. @cmoore_ne would you mind sharing the product names and graph file (xml)? Feel free to anonymize the paths.

Thanks all for giving this your attention! @estebanaguilera, product names & details below:

I checked the xml file and I can see that different parameters were used to compute the coherence:

Could you try using the same values?

That’s fixed it, thank you! I was just using the default values for square pixel, and didn’t check that it was giving different window sizes…