Please what exactly is the “output elevation band” from topophase removal all about and how different is it from elevation expected from “phase to elevation” after snaphu unwrapping?

Output elevation band saves the external DEM in the product.

Ok thank you. I was actually having challenge with getting a true DEM after unwrapping but I have finally over come that and got the DEM as can be seen attached.

However, another challenge now is I notice my generated DEM resolution is too poor (85m), which I believe there is something I need to do to get a higher resolution of say 15m or less. Will really appreciate if anyone can help. 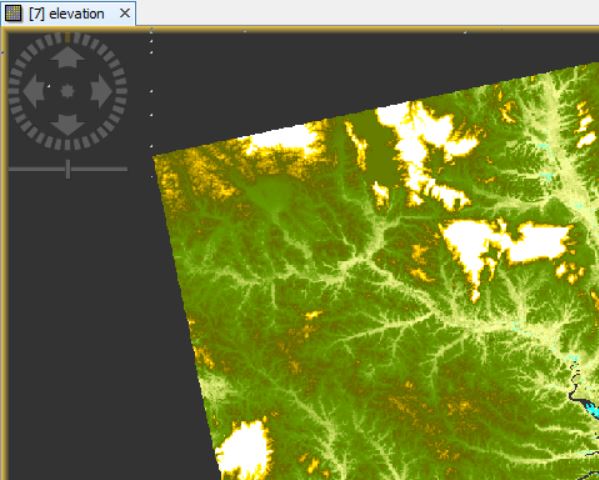 If you create a DEM from InSAR and select “output DEM" in the Terrain Correction step, you get the DEM which has been used for terrain correction (SRTM 3Sec if you don’t select a different one in the operator). It is named “elevation” in the output product, but this is not the InSAR DEM.
The second band in your product (often “elevation_VV” or something similar) represents the heights from the phase to elevation product. It has the spatial resolution of the input data.

Please see this tutorial: DEM generation with Sentinel-1 - Workflow and challenges on page 25.
The InSAR DEM usually has more errors.

Sir, I have gone through your paper and the tutorial but I discovered I got an output elevation_vv by checking the “output elevation band” as seen on this image 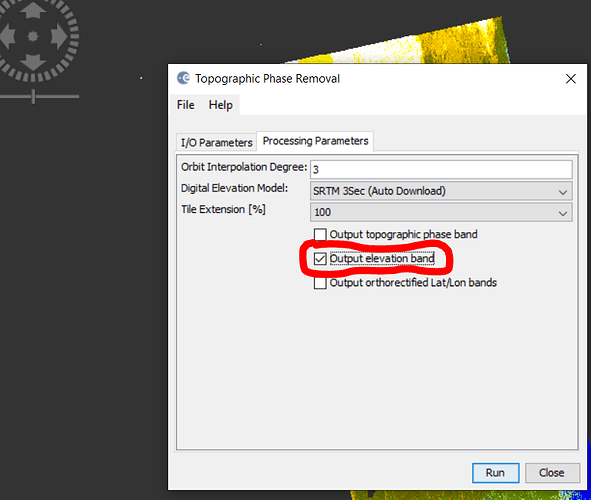 This output has nothing to do with your InSAR DEM. It is a side product of steps which need an external reference DEM. Your InSAR DEM is what is created from the phase to elevation operator.

You must not apply topographic phase removal for DEM generation, because it removes the information you absolutely need from your interferogram, namely the phase variations caused by topography. This step is only required for measurement of displacement (DInSAR).
I have seen studies which use external DEMs and proclaimed these as their results, but they are making a logical mistake.

You have to ask yourself: If the reference DEM is of better quality why do you want to create your own?

The only step that makes sense is to select the reference DEM to be included in the output product is Range Doppler Terrain Correction.
You will get two products

If both are in the terrain corrected output product you can compare how close in terms of absolute heights your InSAR DEM comes to globally available data.
Often, the InSAR DEM is of higher spatial resolution but of lower quality because the time difference between the acquisition both radar images is too large and leads to decorrelation of the phase.

I explain all these aspects including systematic comparisons in this review paper: Braun (2021): Retrieval of digital elevation models from Sentinel-1 radar data – open applications, techniques, and limitations