I am trying to understand what caused some of the fringes in my interferogram to be shifted / detached. It also looks as if lines are running through the interferogram (the noise in the upper part is caused by the ocean): 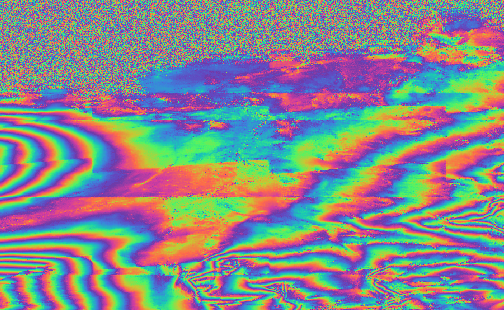 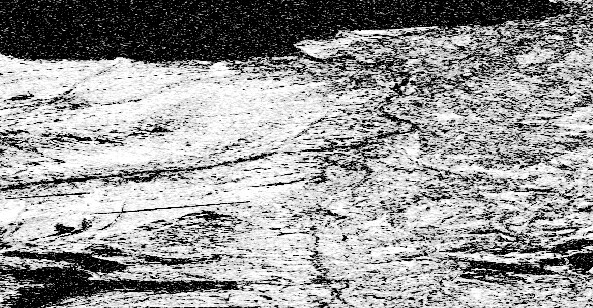 But the displacement displays of course the same pattern as the interferogram: 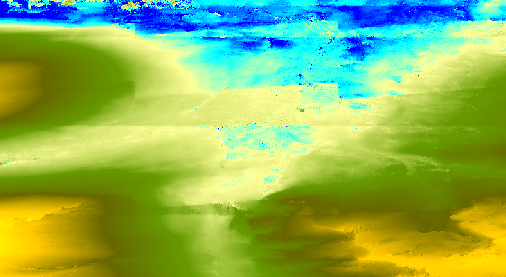 Any ideas on the cause of this pattern?
I appreciate any feedback

are these lines present after interferogram generation already or were they introduced by a later step?

They are visible already after the interferogram generation. I used the default values and for back-geocoding and topographic phase removal an external DEM, as the study area is in NE-Greenland.
The aim is to derive the ground subsidence.

can you please use the ACE30 DEM for a test to see if the external DEM is the problem?

As an alternative you can simply disable the topographic phase removal and see if the patterns persist.

Thanks for the hint with the DEM! Using the ACE30 the breaks in the interferogram were strongly reduced.
There are still some errors around the mountains in the study area: 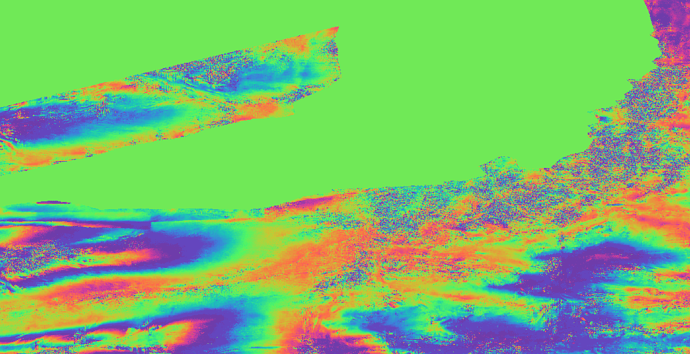 When disabling the topographic phase removal the pattern around the mountain peaks is gone. 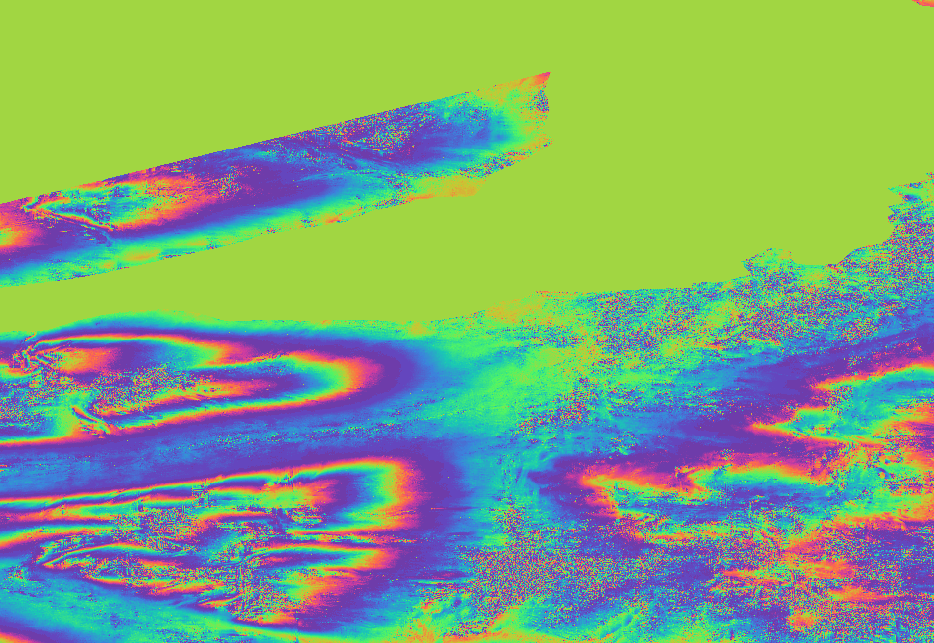 Any ideas on how to remove the errors around the mountain peaks?
Thank you for your help!

I can’t think of a reason. It is obviously caused by the DEM, but it does not make sense that higher quality DEMs have stronger artefacts. Are these extreme landforms where it happens?
Maybe it’s worth testing the AW3D30 as an external DEM: https://www.eorc.jaxa.jp/ALOS/en/aw3d30/index.htm