I think I found a problem (and a possible solution) with the ESD operator.

As I have already shown in this forum (see here) I have been getting strange artifacts correlated with the bursts’ borders in my interferograms. 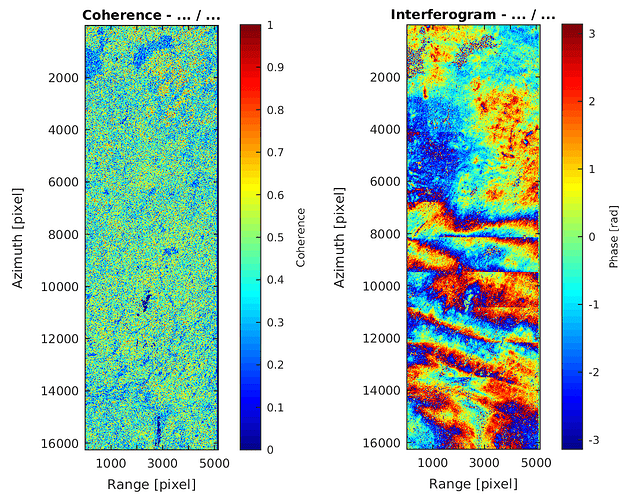 By searching on the forum for similar issues I found a topic where was presented a similar problem (see here). A interferogram with strange artifacts related with the bursts’ borders. I asked the name of the used products to repeat the processing and I got a similar strange result: 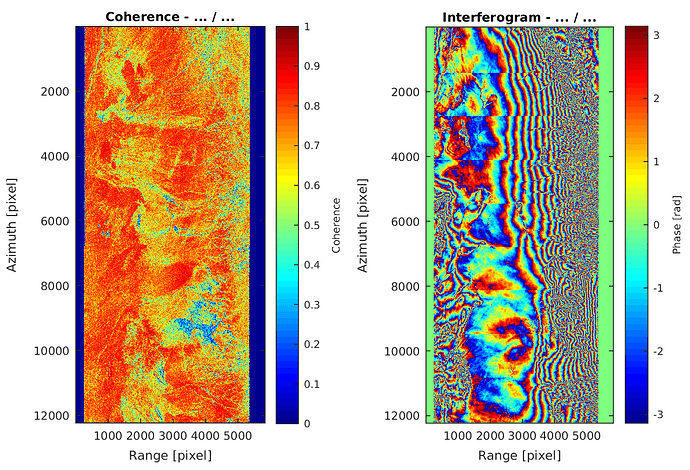 From the literature I learned that ESD should overcome this problem so I changed my processing chain by adding the ESD operator after de S1 TOPS Coregistration and I repeated the processing for both data sets and I got the following results: 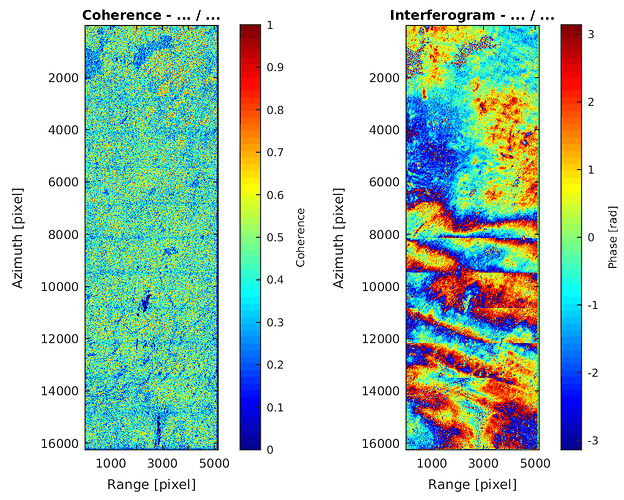 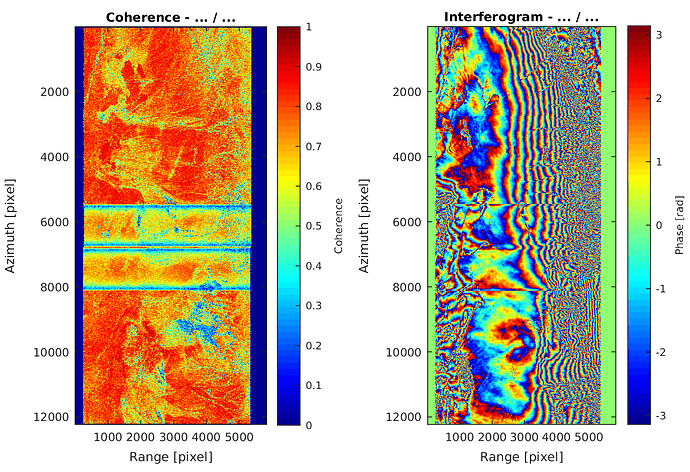 These results present a clear degradation of coherence.
I noticed that these new strange patterns in coherence were correlated with the deramp demod phase. Therefore I decided to study the source code in order to find out why this was happening. In my study I noticed the ESD operator was using the deramp computed in the previous operator (back-geocoding). So I changed that by computing a new deramp demod phase before the ESD operator perform azimuth shift.

When applied to the data I got the following results: 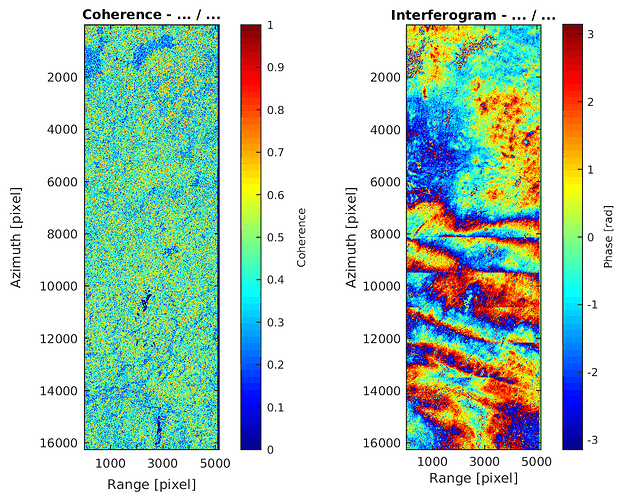 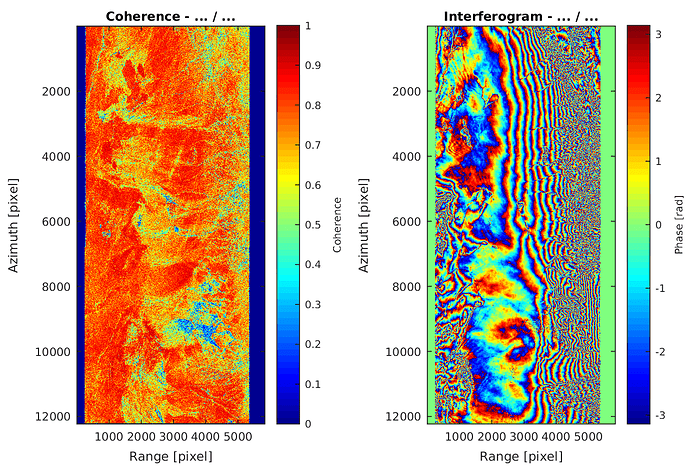 As you can see I solved the problem with the phase decorrelation caused by ESD operator.
And the azimuth borders pattern is solved for the second data set.

Great thanks. @junlu is currently on vacation. He’ll look into this as soon as he is back.

I have found similar problems with the burst border edges using s1tbx. I coregistered two (merged) images, processed by IPF 002.71:

Although the phase information looks good, the coherence shows decorrelation at the burst edges: 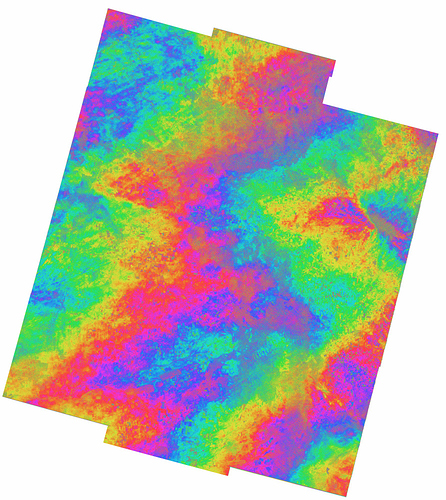 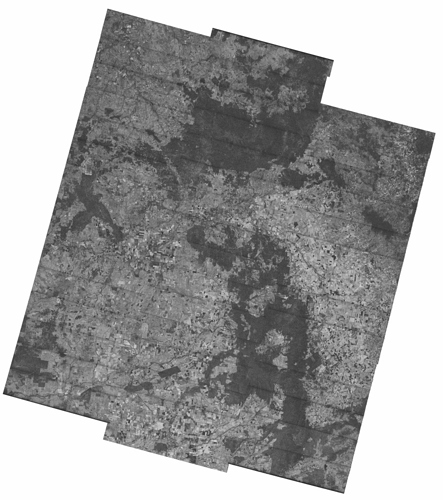 Are these issues also related to the deramping function?

Have you used the ESD operator after the coregistration?

Yes we used the ESD operator after back-geocoding.

Then I think your problem is the same I have described above.

I think they are working on this issue, for they asked me more info about it.

@lveci, Have you any news on this?