I’ve been trying to process a bunch of Sentinel2 images (from L1C to L2A) using the L2AProcess functionality in the Command Prompt application, but I am not sure if the process was done right. I entered the text as follows: 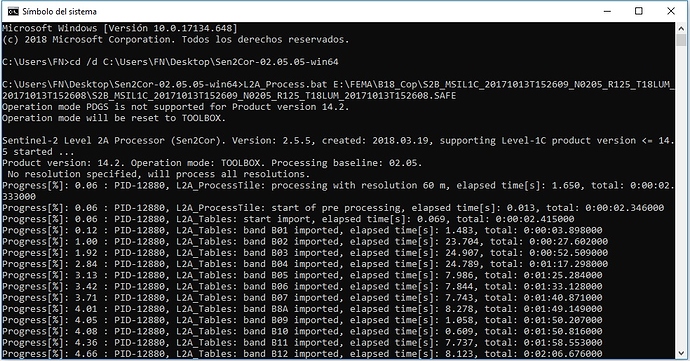 It started alright, but then at the end it appeared some errors: 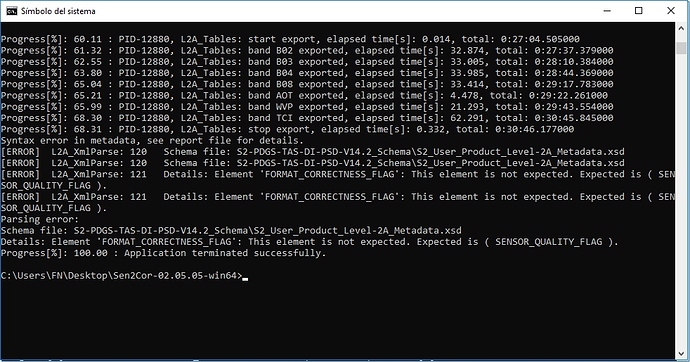 Although it reached the 100% of progress and showed that the process was successful, I am hesitant to use the image because the progress percentage went from 68.31 to 100.00 % abruptally (like it ended the completed the process the best it could but not as it normally does).

Does someone know why this happens or if it’s safe to use the image regardless of the errors showed?