I am trying to process ERS data from 1995 to create an interferogram. However, the coregistration does not seem to be working correctly. Furthermore the TopoPhaseRemoval won’t work (Error: Null).
If someone had managed to process some ERS products with SNAP, please help !

Probably this is related to this one:

Dear forum, I am trying to perform a crossINSAR workflow between ERS-2 and ENVISAT to exploit the large baseline between the two images and the 30 minutes acquisition difference in order to create a DEM. I performed correctly the orbits application, the cross INSAR resampling (I tried ERS to ASAR and viceversa), then the coregistration and everithing run fine. But when I tried to compute the interferogram then the processing does not go on and I received any error message. My version of SNA…

However, the coregistration does not seem to be working correctly

can you describe this a bit more? Maybe with screenshots.
I don’t think it is related to the cross interferogram-issue, but coregistering often produces shifted or half-empty results.

This certainly should work, as it did in the days of NEST. Perhaps the scenes you have are difficult to coregister - try tweaking the coregistration parameters.

It is complete but the interferogram looks like this : 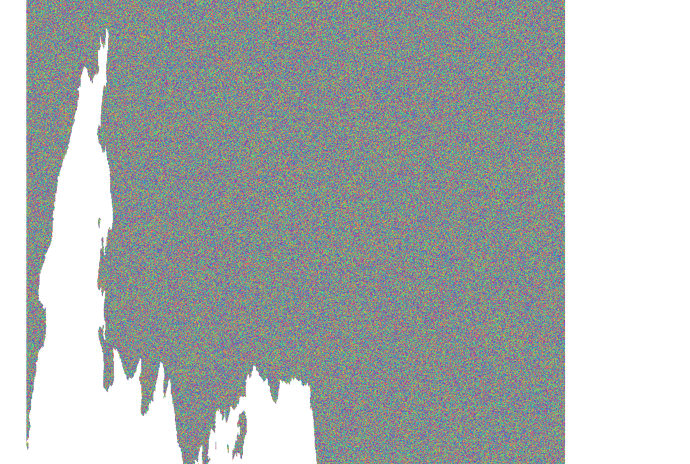 I tested the different coregistrations (DEM-assisted and normal) and inside the coregistration I have tested with and without the apply fine registration for SLCs but I obtained the same. For the other parameters do you have some suggestions ?

What are the dates of your images?

Here are some tutorials:

I have tested with another pair, I obtain this. How can I improve it ? 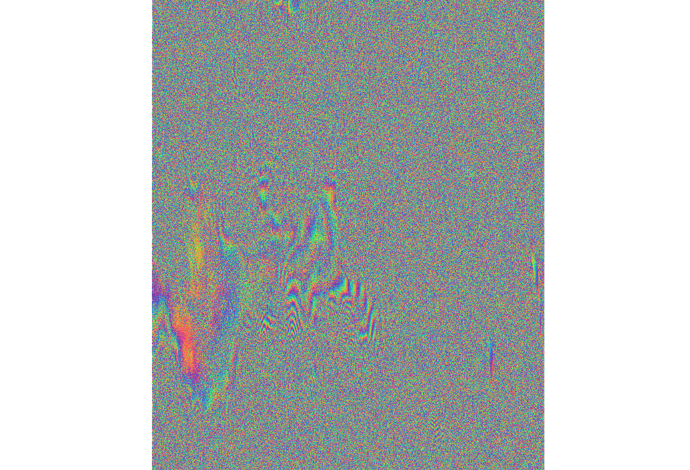 I guess the reason is either better coregistration or less decorrelation.

What can I modify ?

Use the shortest possible repeat-cycle and images from a dry period so the situation is more stable. If there’s any ERS-1/2 Tandem data with 1-day temporal baseline that would have much higher coherence than the standard 35-days for ERS.

Hello to all,
I’m experiencing a similar issue,
I’m studying the 2001 Buhji earthquake and I want to generate DEM from ERS data.
I fail in the “standard” coregistration processing. In particular the slave image is always empty (I followed the NEST tutorial downlodable in this link: https://earth.esa.int/web/nest/news/-/article/dem-generation-with-nest). Here a screen of the empty image:

image1764×806 206 KB
To solve this problem I tried the DEM assisted coregistration and then the interferogram formation but the obtained coherence is always to small!
The processing chain I followed is:
ABraun July 15, 2020, 9:19am #15

The perpendicular baseline of 2508 m seems strange. Maybe something went wrong during the application of orbit files (similarly reported here).
Can you please test the InSAR stack overview also for the two input products before application of the orbit files?

The tutorial is rather old. Maybe you want to compare these two as well.

Same bperp even not applying the orbit correction 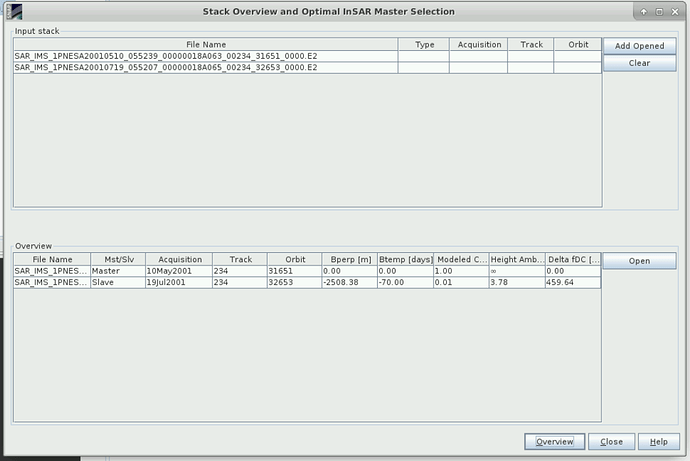 Is your data located near the international dateline?

If the images are from the same track they should not have such a large perpendicular baseline.

Nope… the images are from the UTC +5:30 hours (Gujarat NW India).
I will try with another couple of images but few month younger…

yes, please check if all pairs have these odd baselines or if it is maybe one faulty metadataset which causes this large value.
Still, if both images are acquired from the same track, coregistration should be possible. Have you tried DEM-based coregistration with cross-correlation?

Your second image is after ERS-2 went gyro-less and orbit control became worse than before, explaining the large baseline and close to 500Hz difference in doppler. Try to find a more compatible pair.