I would like to create maps which contains created product and some shapefiles (for example rivers) using Python script.
It would be nice to have such things as north arrow, scale or coordinates, but if it will be not possible, I will try to handle it.

As I can see there’s an option within the interface which allows to export view to image: 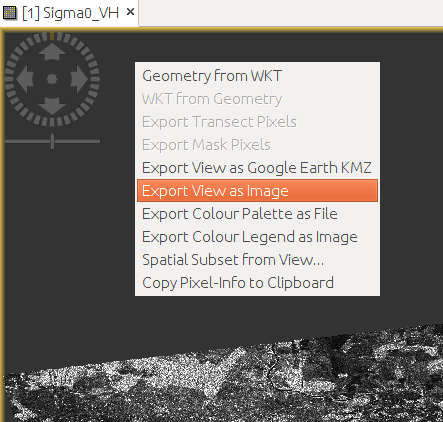 And even in different thread @antonio19812 provided some example of Python code for saving image (http://forum.step.esa.int/t/create-and-save-rgb-images-from-3-bands)

However, as I can see I have an option of importing vector data in shapefile format blocked: 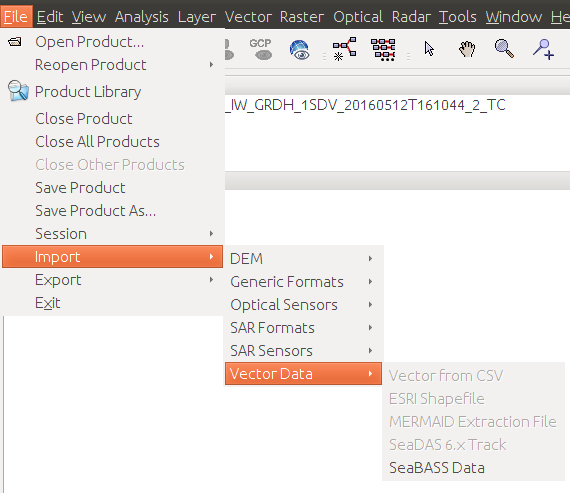 Since that, I wonder if it will be even possible to create such map.

For doing this there is not jet a good API.
But we will consider this for the further development.

Probably this thread will help you:

Hello all, I use the following java method to write a quicklook of a RS2 product. I would now like to overlay vector polygon outlines to this image. Do you have any suggestion as to how I could proceed ? SDB public static void quicklookRGB(Product product, File rgbFile, String redBandName, String greenBandName, String blueBandName) throws IOException{ Band[] bands = new Band[3]; bands[0] = product.getBand(redBandName); bands[1] = product.getBand(greenBandName); bands[2…

It’s about Java but probably you can also use the information for Python.

With the org.esa.s1tbx.dat.layers.maptools.MapToolsLayer you can add a layer which can display a North Arrow

@marpet Thank you for response. Since you told me that there’s no good API for displaying maps,
I wrote a small function in Python which calls GDAL:

changed 1 files with 46 additions and 1 deletions.

It works for small files (for example SMOS L3) - I am able to save map as an .png image.
However, there are some some crucial limitations (maybe you could suggest solution).