I use the following expression for LOS displacement. 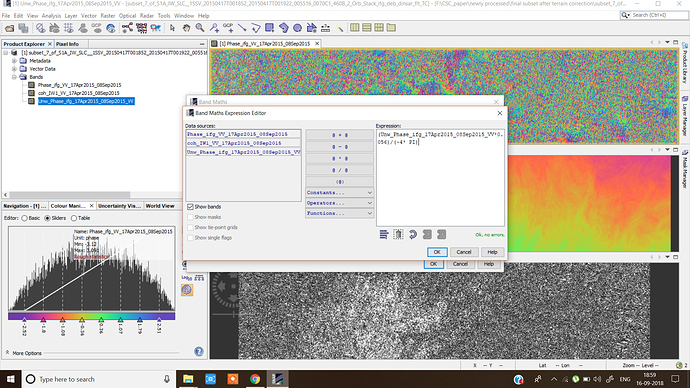 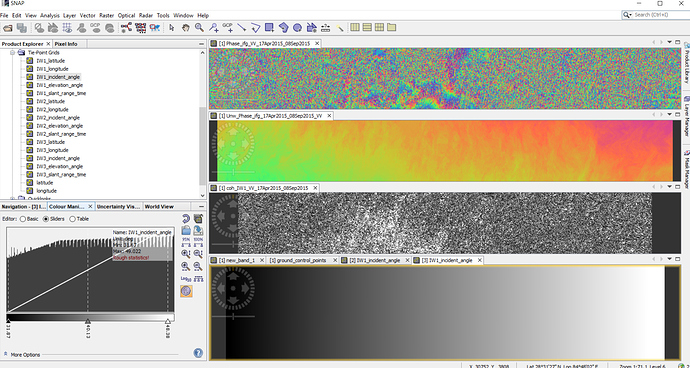 use the incident_angle band in the band maths instead a tie-point-grid so you have an exact value per pixel.

but i could’t found my incidence angle data source … 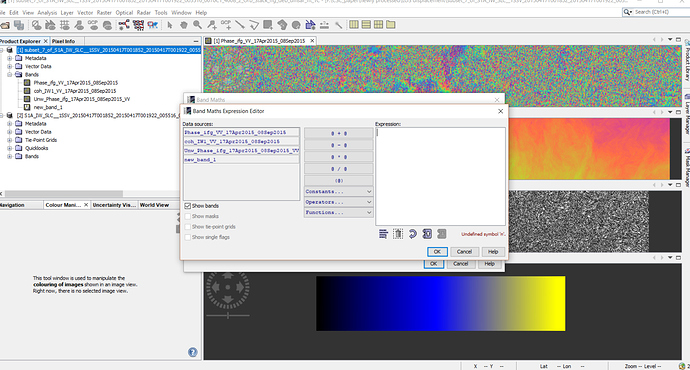 did you process all data as BEAM DIMAP format? These tie-point grids are part of every radar data which is loaded into SNAP.
Have a look if it is present before unwrapping.

if you correcly import your unwrapped phase, the metadata (including the incident angle band) is copied into the imported product.
Have a look at this tutorial which shows all included steps (the unwrapping comes at 42:40) 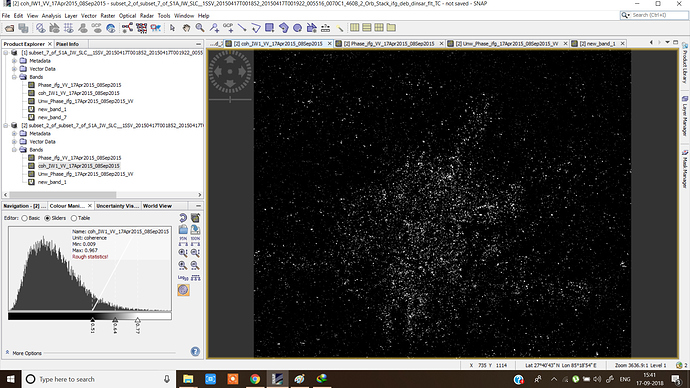 in a completely unkown area … whrere you have’t any knowledge about the areas of zero subsidence … i can take the pixels whose coherence value near 1 as the areas where i supposed asume there is no change.

there can also be enormous change with full coherence at the same time. I would then rather go for the pattern of the displacement as well and select a point which is outside the area where the displacement rapidly changes.

InSAR measurements are relative - if there’s no “stable area” one can still detect relative differences between the movement of scatterers (one area moving faster than the other).

yes, but many S1 image pairs produce pseudo “displacements” which are just ramps caused by the (often really small) perpendicular baselines or improper orbit handling. In such cases, speaking of relative displacements would be a bit misleading.

I’d say it depends on the size of the patterns. If there are local fringes or peaks/holes, it is more likely to be a real displacement thant an overall trend superimposing the whole image.
Only massive earthquakes cause displacements at the scale of a Sentinel-1 footprint. One should not generally trust any calculation without thinking about plausibility.

finally, I created a vertical displacement map by taking the local incidence angle … looks like its ok for me … 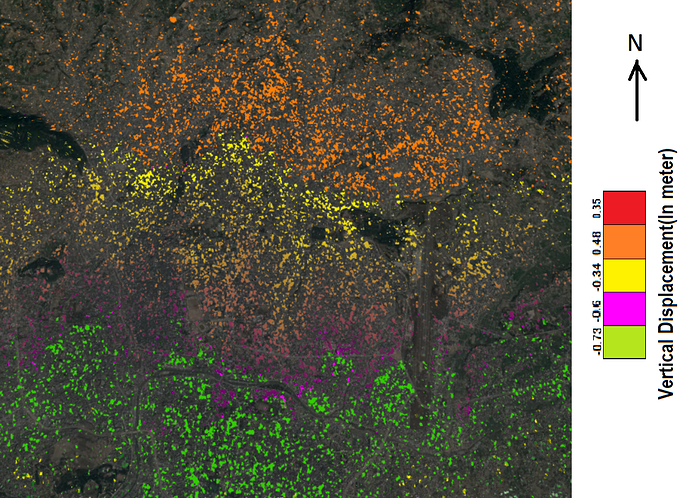 finally, I created a vertical displacement map by taking the local incidence angle … looks like its ok for me …

I can’t tell if this result is reasonable because I don’t know the study area or the processes to be expected here.
Do you think it makes sense that the lower part of your study area sank while the upper part uplifted? The fact that the displacement follows exactly the north-south direction is a bit suspicious. One problem is that unwrapping was performed for the whole image while only a few parts are of high coherence. If the high coherence areas are not spatially connected, unwrapping creates just a linear ramp which doesn’t really describe the actual displacement.
How does the unwrapped interferogram look like?

What did you use for snaphu? DEFO, TOPO, SMOOTH?
What caused the displacement in your study area? 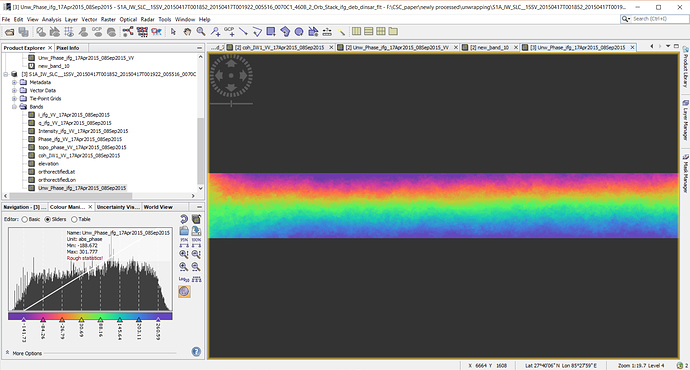 to me, personally, it looks wrong because it exactly follows th range direction and unwrapping simply formed a surface ranging from top to bottom. There is not much influence of the areas with actual high coherence in the displacement because they are not connected.
Maybe you can try with an image pair of different orbit (ascending or descending) to check if it produces the same pattern.

Have you considered Persistent Scatterer InSAR instead? About the STaMPS category
I think this might be more suitable.

My snaphu unwrapping result is like the one below, above is the result before unwrapping. Seems like my output is wrong. Please help me. 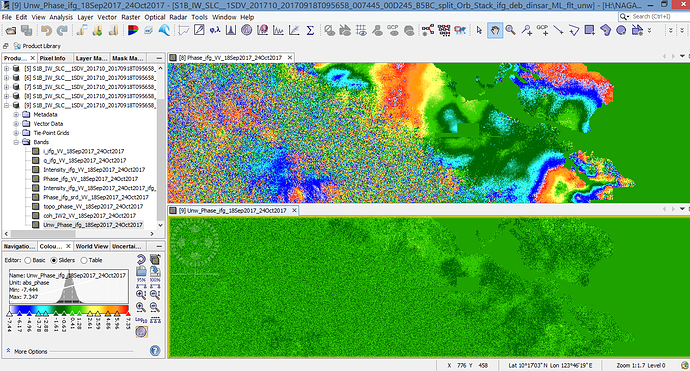 your interferogram is too noisy, this leads to unwrapping errors. The green color can be adjusted in the Color Manipulation tab.