Exporting Sentinel 2a Image to GeoTiff/BigTiff

Hello,
I am trying to export a Sentinel 2a to a GeoTiff/BigTiff Image.
I load the .xml with all bands and resample it to 10m.
I then go to File -> Export -> GeoTiff/BigTiff and create a spatial subset/band subset which leaves me with an estimated size of 400mb.
I then click on export. The dialog stays at “writing band 2…” 0% for ages. No progress what so ever.
I then tried to export to only GeoTiff which “worked”. The dialog progressed and I got a .tiff file. However, when I tried to open the file in QGIS, its all black… There are no values written to the .tiff file, although its ~80mb big.
I also tried to export as netcdf but that is not working at all… There is a grey box appearing with no status/progress bar what so ever after clicking on “export”.

This indicates probably that you don’t have enough memory. How is your computer equipped with RAM?
For me it stayed also for a while (~8 minutes) at 0% and then progressed pretty well. So it took roughly 15 minutes to write the subset of size 5100x4400 (~4GB).
I agree there is room or improvement. maybe in reading the S2 data or how the resampling is done.
But more of a concern to me is that at the end the product had artefacts: 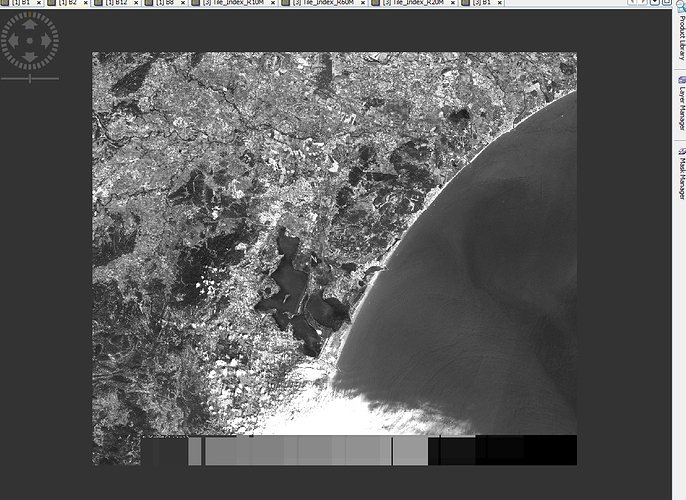 What is taking the time - compression?

I wrote the data without compression. Maybe on the reading side the compression slows down the process. This needs to be investigated further.

Please see also my question is this thread, I don’t understand why writing very large GeoTIFFs is taking so long:

Thanks for the replies - the geotiff was not created through a graph - this was a series of three sentinel GRD tiles that i had first corrected and then used the level slice assembly to combine into a single dim. It is approximately 12GB. At this stage I tried to export as a Geotiff using the user interface. File - Export - Geotiff. >> or maybe i used Geotiff/Big Tiff - sorry I cannot remember. I know you can right click on the screen to and export view as image as well as Geotiff.

Hello,
thanks for your answer. I have a MacBook from 2012 with 4GB RAM. That should be enough?!
I got it written out (although the progress bar did not indicate anything). All of a sudden the progress bar was gone and the file was on my harddisc.
I tried writing netCDF4. The window, where the progress bar should be, is only a grey window with nothing in it. Only grey. I left i while and after a while it closed and I have a .nc file written out.
However, when I try to open the .tif in QGIS I get this: 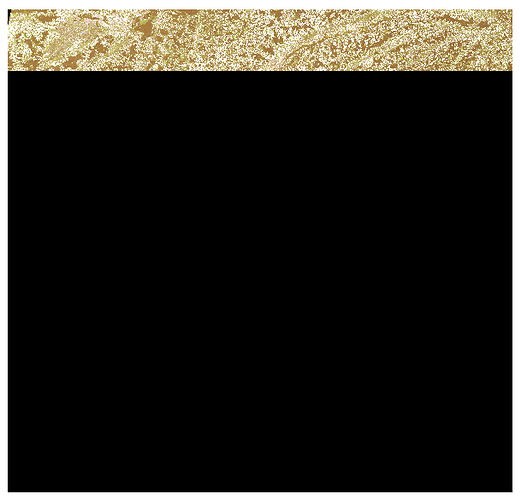 4 GB of RAM is really at the lower edge. Recommended is 8GB but, as always, more is better.

Maybe you can do the export in two steps. Try to save the subset first in BEAM-DIMAP.
Afterwards (maybe close and reopen) you can try to convert this one to GeoTIFF.
Maybe this works better.
Additionally you are able to open the resulting *.img files in QGIS. You can find them in the *.data folder.