Graph files not working in SNAP 2.0

All my SNAP xml-files that used to work in the beta version (or in NEST), do not work in SNAP 2.0. These files are found here: 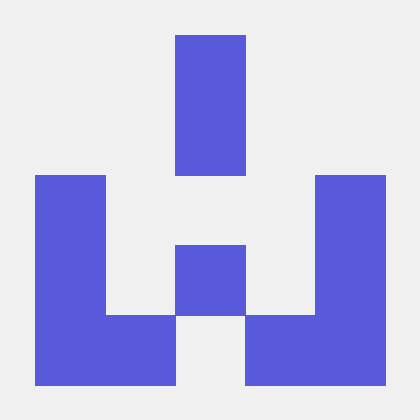 Using command line I get this message, even if the xml file does Terrain Correction:

Error: SAR products should be terrain corrected or ellipsoid corrected

Is there any major changes in the xml-file definitions now in SNAP? Creating a new graph in SNAP 2.0 and comparing, I cannot see any differences just now …

I have the suspicion that SNAP now since 2.0 forces the user to use Ellipsoid Correction or Terrain Correction as the very first step? Before doing calbration, speckle etc … ? Is this correct?

There has been some error reported with external DEM last week, try to use the auto DEM if it can handle it.

I took the liberty and made it readable for SNAP (There were some missing specs). I cannot speak for the DEM error though. Additionally I added the write with a parameter similar to the “read” parameter you can change the format and specify the path

My advise is to perform the Ellipsoid Correction instead, until the issue is resolved. (Particularly if you are interested in monitoring iceberg sea regions).

So the xml files are not backwards compatible?

But using your file gpt stops with the message “Error: SAR products should be terrain corrected or ellipsoid corrected” even though Terrain Correction is used.

Just playing around in the graph builder it seems that gpt wants Terrain Correction or Ellispoid Correction as very first step – is that so? The same error message if Ellipsoid Correction is not used as first step.

I need Terrain Correction for land areas though …

Fair enough, have you tried using some of the native DEM instead of using an outside DEM?

Fair enough, have you tried using some of the native DEM instead of using an outside DEM?

But are you saying that SNAP is meant to be used that Terrain Correction or Ellipsoid Correction has to be the very first step? This was not such in the beta version of SNAP. This error appears for all DEMs if for example calibration or anything else is chosen before Terrain Correction.

I get a very strange behaviour using the user interface. Choosing the external DEM I get a graph error. But if I then choose an internal DEM, it processes the Terrain Correction with the previously selected external DEM anyway even though this is not chosen anymore for this particular run. A freshly build graph, Terrain Correction only, no saved xml-file.

The really strange thing is that all this things worked in the beta version just fine, but not anymore in the SNAP 2.0 version …

PS: I see that I can do that steps Calibration > Speckle > Terrain Correction as separate steps in the SNAP user interface. But setting this up in graph builder or in gpt gives me an error … In gpt as mentioned the message “Error: SAR products should be terrain corrected or ellipsoid corrected”

I just reinstalled the beta-version since my production line needs to be working again. Also all my xml files as in the first report are readable in SNAP 2.0beta … None of the above errors exist in the beta version – was there such a major change from beta to final?

Is there any update on this? My processing chain is standing still, trying to work around it with an old installation, but that is not ideal …

the one who can give you a qualified answer regarding this is currently on holiday. I think @lveci will be back next week.

I want to ask again about an update on this … my really needed processing line is standing still since Terrain Correction is not working anymore (I have it kind of working with the beta 2.0 version … )

I never got an answer to this above … any help or advice?

Why cannot you recreate the graphs from scratch in 2.0? Some details might be different but since all of the steps you need should work in SNAP2.0 making a new graph should not be a problem.

Also, if the toolbox is acting strange one possibility is that the previous version was not properly uninstalled before installing the new version.

For one, these graphs work fine in a previous Snap 2.0 version and only fail after update of some modules

Secondly I get this error also with recreated graphs. So there is some error here and it has not to do with the graphs. it may be connected to some other Terrain Corrction issues reportd here, but this I cannot judge in detail …

What is in your graphs? Generally the first things to do are orbits and calibration, then terrain correction with ellipsoid or DEMs…

I follow the processing chain calibrate>speckle>terraincorrect>lindB as even done in your tutorial. Doing these steps in the SNAP Gui it works, but using gpt command line it fails and gives the message “Sar images should be terrain corrected or ellipsoid corrected” – even though my graph does that …

As mentioned, I reinstalled an earlier version of SnAp 2.0 and there it works all fine. Only when I update modules, this error appears. It may or may not be connected to the external DEM error others reported

Ok, does it work in a single graph inside the GUI?

You should try with a clean install of 2.0 first without updating the modules and then with the updates. Thank you for your report.

In another thread Luis Veci reported that the external DEM issue will be fixed, but is this fix already implemented and downloadable as new module? I do have some operational processing chains and do not want to re-install unless I know this external DEM error fix is available.
As mentioned, just now I run an early version of 2.0 without updates and that still works fine …

I’m not sure if your particular issue with DEMs has been solved, perhaps @lveci can comment…

Max, the map reprojection operator now throws an error message if you try to apply it to a SAR product. You should be using Range Doppler terrain correction or ellipsoid correction. Generally we don’t want novice users simply applying a map projection and thinking the positions are correct for the SAR image.
However, if it is more convenient for you in your processing chain for polar or sea ice scenes then maybe I could add a property to allow you to override this.
Also, in the upcoming version 3 the lineardB operator has been renamed to linearToFromdB because it now does the operator both ways. You’ll just need to change the operator name in the graph when you update the software.

thanks for those comments, I will redo my graphs and also apply Ellipsoid correction – but in fact using reprojection gave perfect fit with coast line or known location, you say that should not really work?

Please note that the mentioned error message also appeared when my graph file did have Terrain Correction. Can this have to do with the external DEM error mentioned in another thread, even though I seemed tonget this with all DEMs?

Is this external DEM error fixed and installed if I now reinstall?