Hi
I am having a bit of a problem post calibration with a S1 SLC scene processing chain.

The first graph takes one SLC dual pol scene, calibrates it and writes the complex output.
Due to memory limitations I am dividing VV and VH processing separately.

Graph one works fine for both VV and VH output. Data load in SNAP GUI, no problems.
Graph two works fine for VV, but I receive the following error for the VH channel:

There are no discernible differences between the two outputs from the first graph, and the SNAP tool (i.e. without using the graph builder) version of TOPSAR-split reads the VH calibrated output easily. It is just the gpt that fails to read it, even within the GUI if the scene is loaded (see below).
No problems for VV: 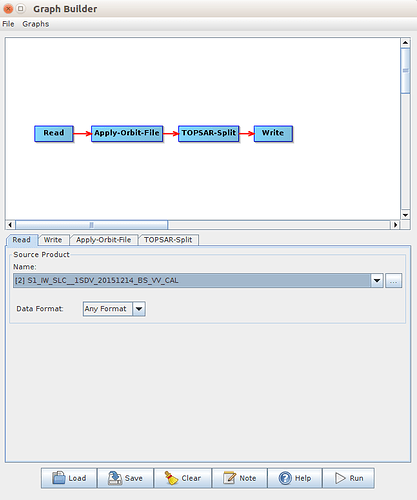 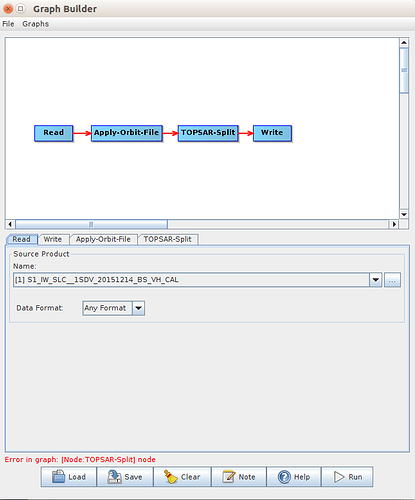 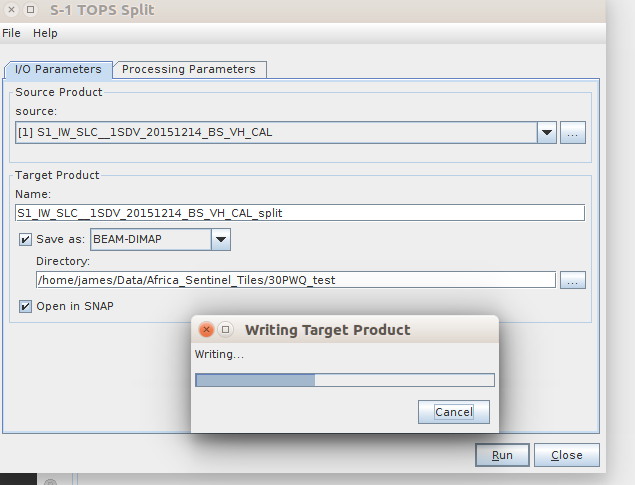 I have looked at the metadata, and the only difference I can see is a slightly different order in the bands (see below) - the VH lists them in the order IW2;IW3;IW1, whereas VV shows IW2;IW1;IW3. I have no idea whether that makes the slightest difference. 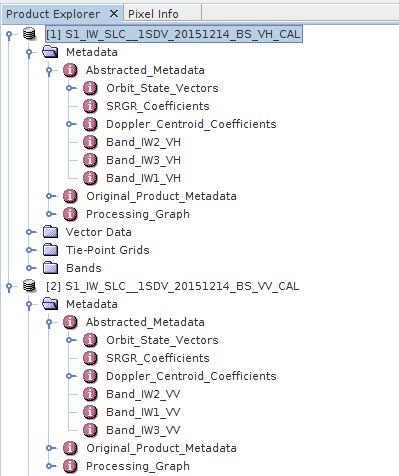 Thanks in advance for any advice. As a side note, the process works fine without the calibration step - also the graph examples are just to show that it is the TOPSAR-split node that is failing, although I suspect it is fundamentally a problem with band reading by the gpt - or band writing in the previous step.
This was done with SNAP version 3.0, S1TBX 3.0.3