Help with sen2cor and SNAP 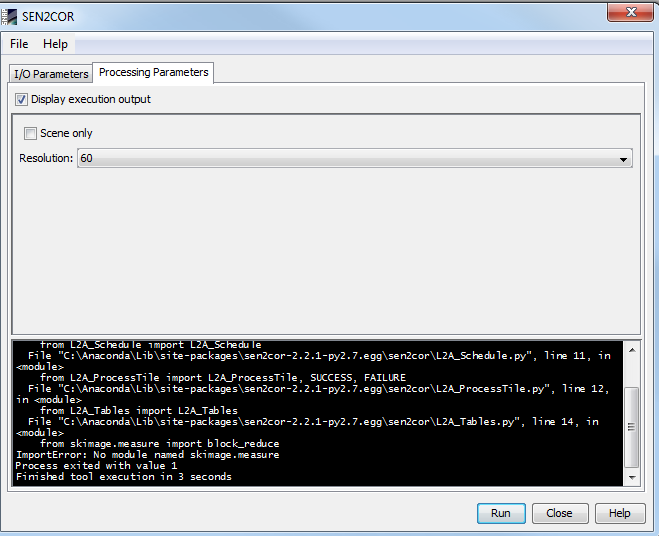 I appreciate any help on how to solve this issue.

ASK for detailed steps of atmospheric correction by sen2cor tool or the snap
kraftek October 21, 2016, 7:09am #2

I also have encountered the same error.
What I did to make Sen2Cor work (on Windows):

It seems that, starting with a certain Anaconda version, if you perform the update commands, Sen2Cor will not be able to downgrade some dependencies. 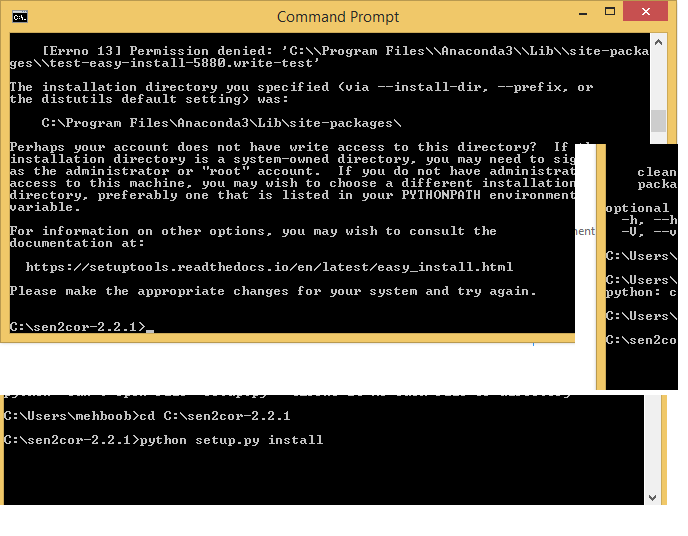 Would somebody please help with this one?

I was able to follow the steps you provide, but when I run it, I get the following message.

Anybody knows how to solve this? Thanks

@Mehboobalam: This indicates limited writing authorization. You need to open your command line with administrator rights as stated by kraftek.

@Tony Can you please post a screenshot of the parameters of sen2cor? You find them under Tools > Manage external tools > sen2cor > edit 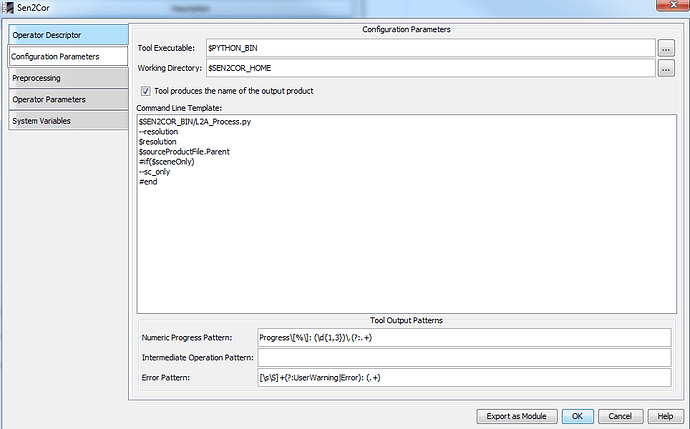 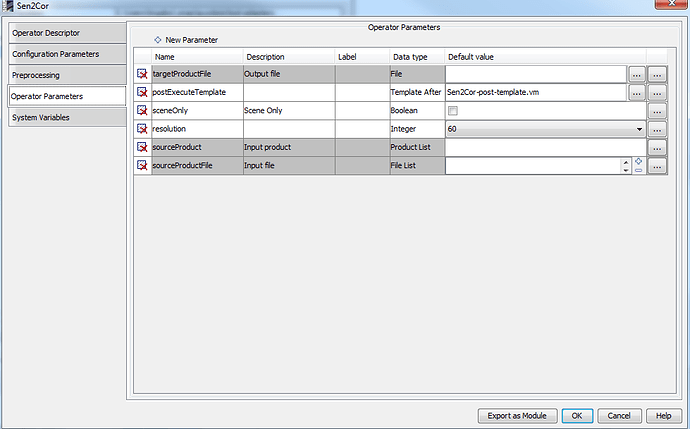 Try to replace the PYTHON_BIN variable (python.exe) with the full path to the executable: C:\Anaconda\python.exe

This helped in many cases when the process was not executed correctly. 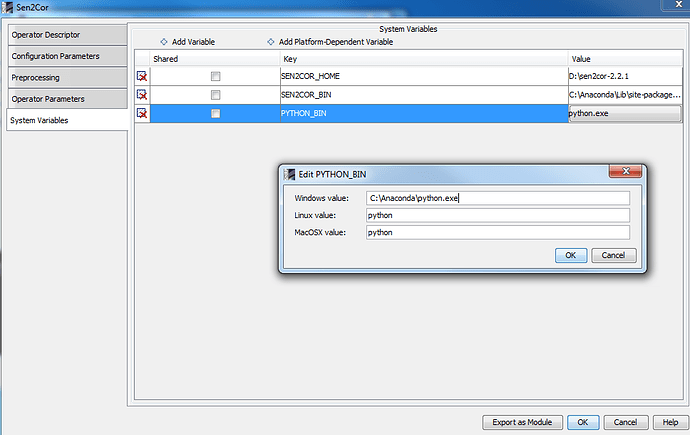 is your installation directory really D:\sen2cor-2.2.1?

I have it two locations. one in D:\ and another one in the downloads folder.

This picture shows the path that I specified during the installation.

how did you install it?
It is actually under C:\Anaconda\Lib\site-packages\sen2cor-2.2.1-py2.7.egg\sen2cor

Could be that it cannot be found because of this.

What happens when you type L2A_Process in your command line?

This is what I get as result: 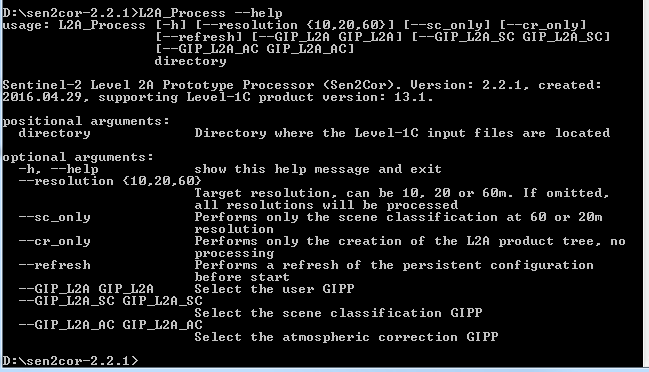 that looks fine.
Can you run the tool from the command line?

Just open your command line in the folder where the folder with your S2 data (.safe) is located and type
L2A_Process --resolution 60 nameofthefolder

Hey again,
here is where I have the sentinel data. what folder should I put on that command?

here is where I have the sentinel data. what folder should I put on that command?

the one which would be one level above. It is created when you extract the data.
But the original path S2A_OPER…safe is needed.

Thanks Braun. I went through that pdf.
where do should I specify the path in this picture? (C:\Program Files\Anaconda2\Lib\site-packages\sen2cor-2.2.1-py2.7.egg\sen2cor). 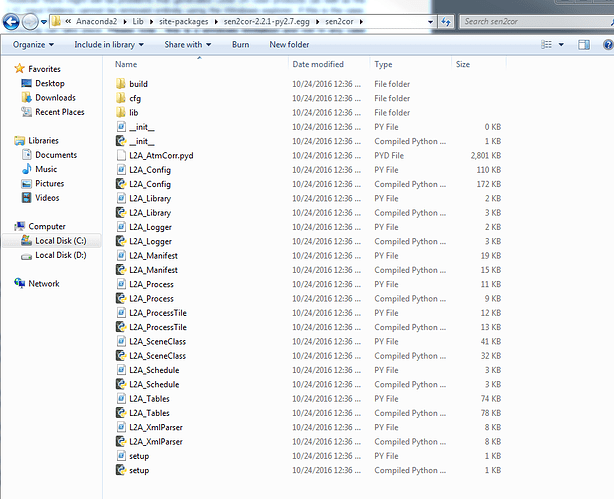 Could you possibly, explain what this is doing: It is a screenshot from page 40 of the pdf. 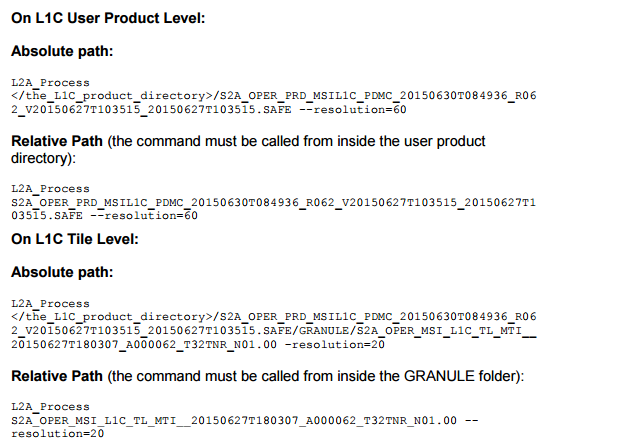