I processed my level 1 OLCI Image with POLYMER and then I tried to give a land overlay to this Image, but for some reason, the orientation of the POLYMER processed and land overlay map are not matching. 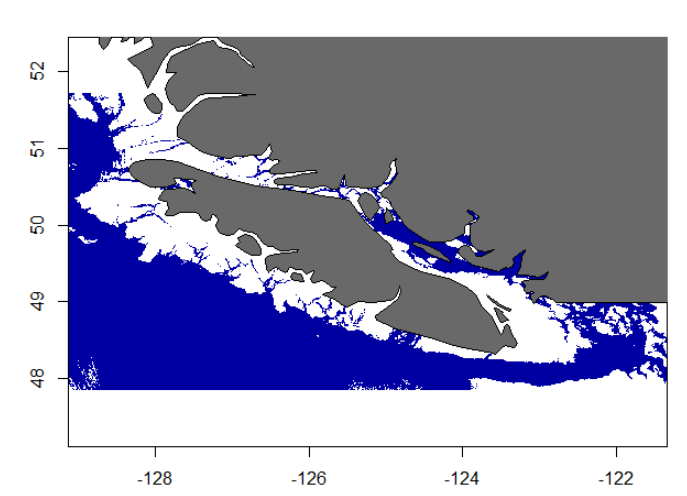 . I tried the same after giving CRS projection, then also the result is the same. What is the reason for this? I did this in R not in SNAP. I tried to use the reprojection operator in SNAP and there also got some error 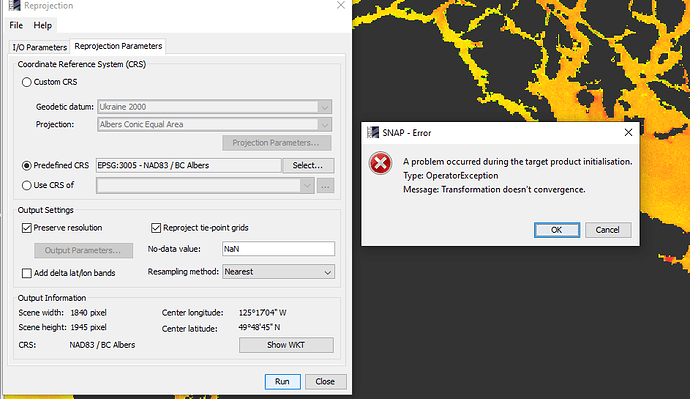 I note that the Level 1 OLCI image is unprotected and Is this something related to failure in reprojecting the POLYMER processed OLCI image properly?

If someone can give a solution. Much appreciate

Strange. Maybe the data is somehow corrupted?
Have your tried to reproject to WGS84?

Also I see that you are still using SNAP 7. Would be good if you update to SNAP 8. SNAP Download – STEP (esa.int)

Thanks for the quick reply. Yes, I downloaded the latest version of SNAP, then I again tried the reprojection and this time the reprojection worked. I opened this reprojected image in R and tried to overlay the same land map, but doesn’t worked, both having a different orientation.

It looked like the POLYMER processed image has a much width compared to the land map. I don’t know if the image is corrupted, but I checked this with another image and the same result.

Then, I tried the same with the Weekly binned composite image. This weekly binning was done using the GPT tool using the script. But here it looks like a good match between the weekly binned Chla and the Map overlay 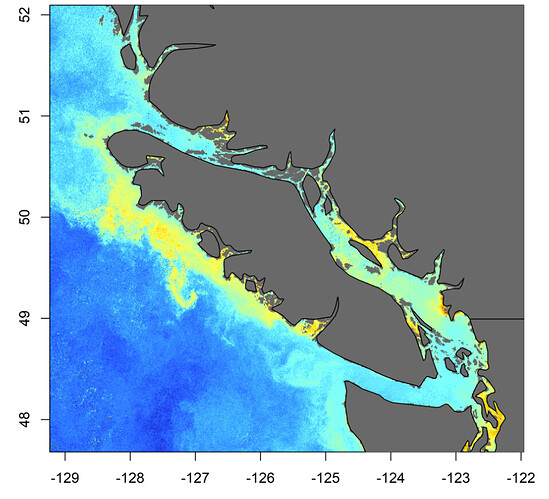 So the orientation problem is with the Level 2 POLYMER processed daily image.

Maybe you can contact Hygeos regarding this issue?
HYGEOS - polymer