Try to apply this

I have run mt_prep_gamma inside my “export” folder, so I don’t know why I still get this strange error…

I have solved this problem!
Thanks @FeiLiu give me some important hints!
It was due to the version of StaMPS_v3.2.1, when I changed to StaMPS_v3.3b1, everything is fine!
Now I could move to the next step! 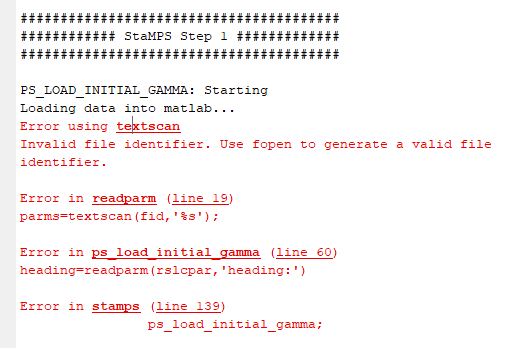 i have problem with ps_load_initial_gamma
Please help me, give some hints. Thank you

Dear, bayzidul.
If you do not find it difficult to describe all the steps that you have taken to obtain such a result.
All the best.

Hi @Alex_P, here the steps I had followed,

I hope this will help
Cheers

I have a question, after of I generated all stacks (TOPS Split, Apply Orbit File and Backgeocoding) I have that make deburts for each pairs of this set???
and after, I have to make all ifg (ifg, deburst, topographic phase removal)???

I have 22 images and 21 pairs with same master image! After, I have to prepare the final stack with STACK AVERAGING??? is same for ifg stack final???

Are two set data? a stack averaging AND stack ifg??? this step I don’t understand

I don’t think stack averaging is needed in general, especially not for PSI.
But having interferograms of all image pairs (AB, AC, AD,…) in one product is the aim.

After of to check the steps @falahfakhri tutorial’s and @bayzidul again, I go to make the following:

If you are interested in time series, stack averaging doesn’t make sense to me. By doing this, you would reduce the temporal information of all images to one product which cannot be used in StaMPS anymore.
If you want to build a DEM from various image pairs that would be an option but then PSI is not the best technique to achieve this.

Hi @ABraun thanks for your reply

I want to generate a displacement map on an area in specific, we want to know crustal deformation of this, we want not DEM and yes, I want to work with time series, so, I don’t make stack averaging, only I create a stack???

I am beginner, how can I calculate PS of S1 using ESA NEXT or ENVI?

This is a very good start: How to prepare Sentinel-1 images stack for PSI/SBAS in SNAP 5

Hi Dear Andreas, what is wrong ??? The stack is not with pairs??? 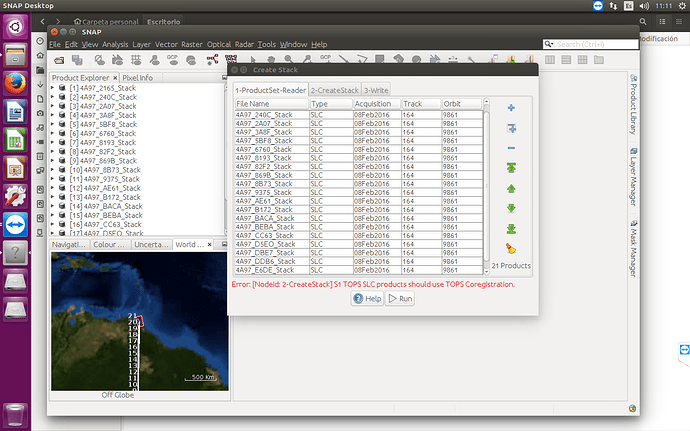 @gabrielaquintana77 I haven’t tried it but this seems more reasonable.

NOTE: In case of several Stacks export each Stack and then copy results to the directories (/diff0 and /rslc), no need to copy for (/geo, /dem).

Hi @gabrielaquintana77, I think @ABraun is right and I had also avoided Stack Averaging.

I had problems with the reapeted use of graphs in Snap for create stack for time series. I don’t know if someone else have dat the same problem.
Please, take a look.

Dear all, I had problems with the reapeted use of graphs in Snap. I have built a graph (actually a series of graphs, but I have the same problem for all graphs, so for simplicity, I will only talk about one) to prepare a stack for time series with StaMPS. The processing of this graph has proceeded without problems and the results were correct, so I managed to process the time series without problems and also I got reasonable results. In my test, I needed to process the same stack, but wi…

Hi @ABraun, I have followed the suggestion of @bayzidul. But when I export it , it gives an error 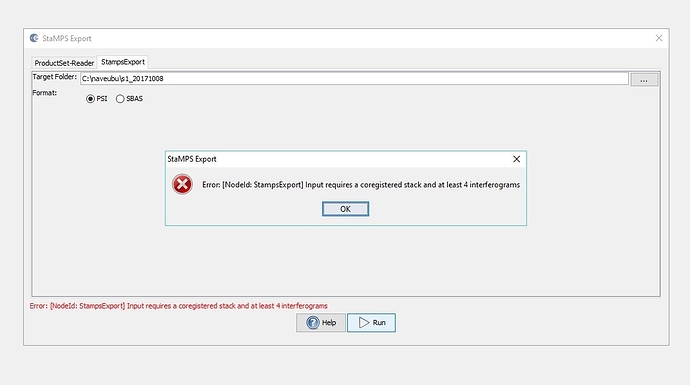 I even tried the sequence master_Stack_ifg_dinsar and master_Stack ifg¬dinsar_Deb. But the result are the same. 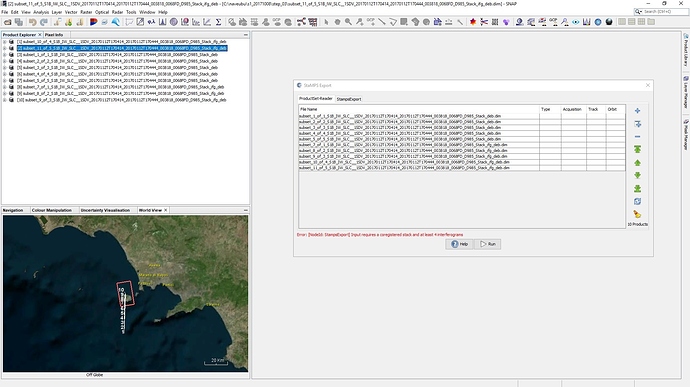 Can you help me?
Filippo

From you screenshots I saw that you created a subset. At which step was this done and why didn’t you use the TOPS Split function to reduce the image size?