Image with a resolution of 20x20 m

In this mode there is a error. 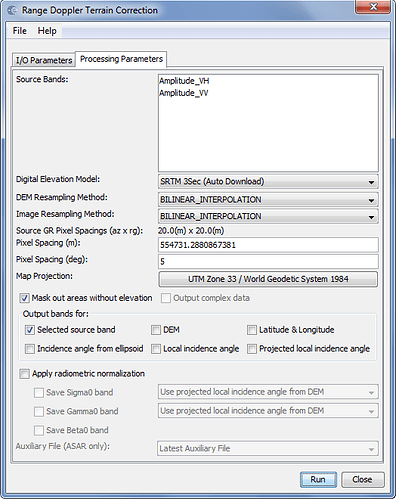 Thank you so much

About the error: You need to enter the number 5 in the “Pixel spacing (m)” not in the field for degrees.

Looks like you’ve chosen pixel spacing of 554731 metres, which is obviously incorrect.

Yes, I was wrong because pixel spacing represents how much area each pixel covers, while resolution indicates the smallest object you could pick out in an image.

My problem is that I don’t understand how to obtain resolution of 5-10 m.

I don’t use the multilook but imposed the value directly as in the screenshot, now is it right? 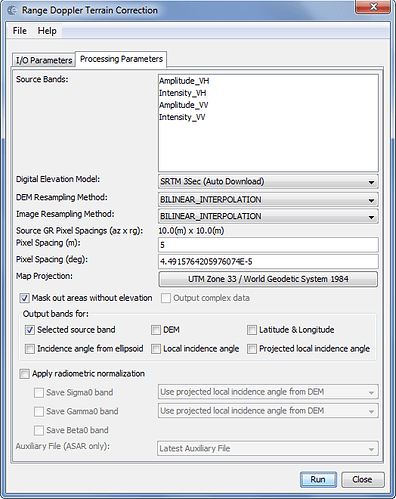 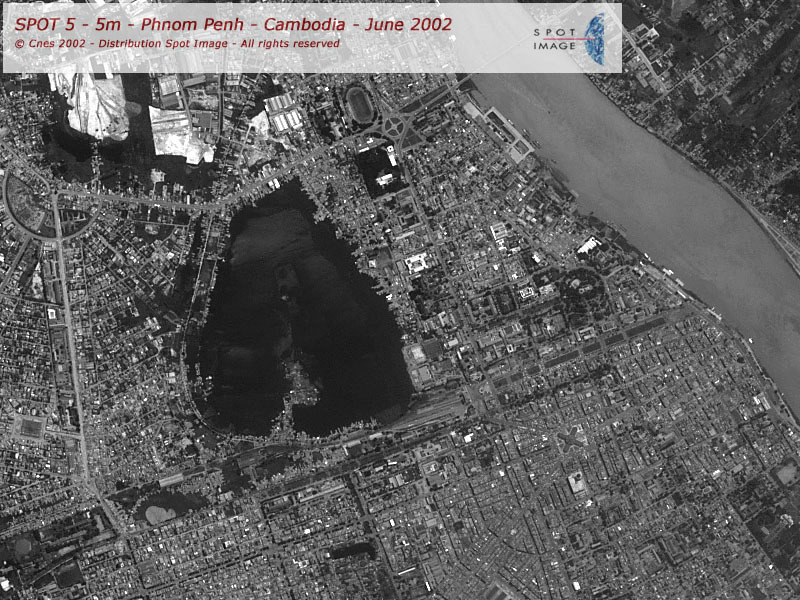 Yes, because pixel spacing represents how much area each pixel covers, while resolution indicates the smallest object you could pick out in an image.

My problem is that I don’t understand how to obtain resolution of 5-10 m.

Short answer: you cannot. The resolution of the data is what it is (depends on sensor properties) and changing the pixel size cannot improve it. You can set the pixel size to 1m if you want to, but that does not increase the resolution to that level.

Please, could you explain to me how to get photos from the Sentinel-1’s GRD product?

Multilooking reduces both the resolution and pixel-size. Do terrain correction to the map projection of your liking and select a pixel-spacing of 10m (for example) and see if that works for you.

Which map projecton is correct? I don’t know the differences.

Thank you very much. 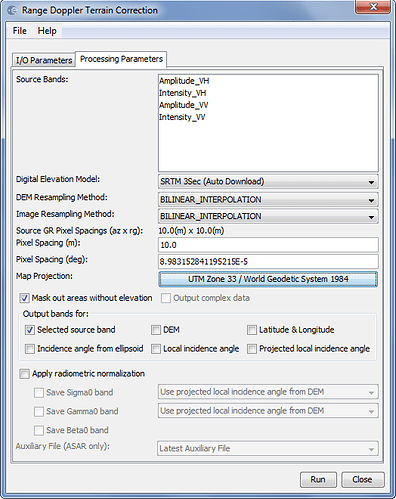 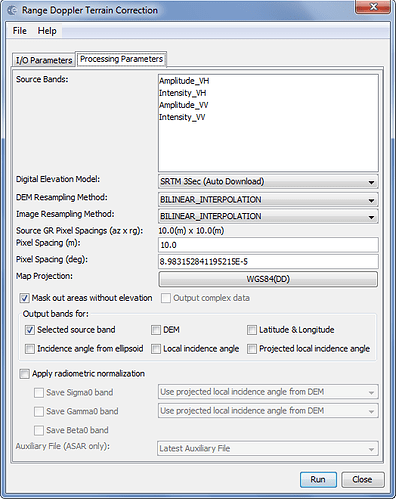 both are correct. One is based on degrees, the other on meters.

Excuse me for my many questions, I’m learning thanks to you.

I took this photo 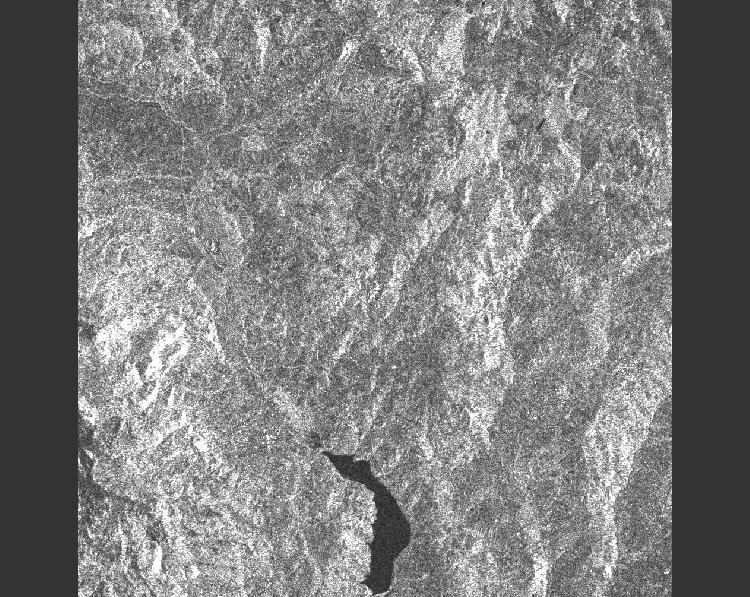 with two steps in the screenshoots: 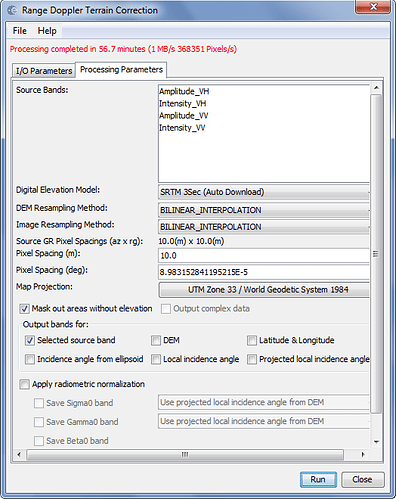 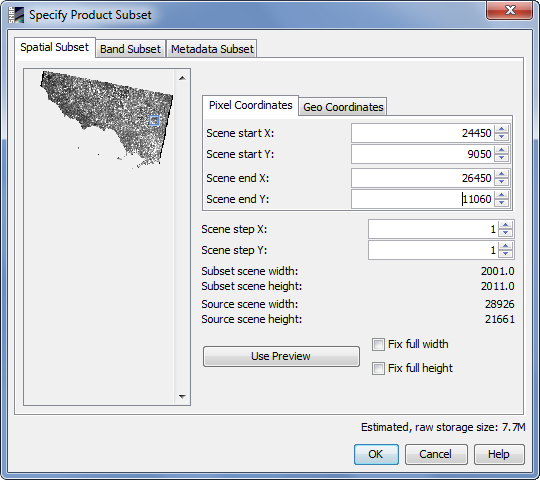 What is exactly the resolution of my image?

Hi everyone, I have been studyng the SAR geometry adquisition and understanding many important concepts. Of all Ive studied I ve seen that it is not the same talking about resolution and talking about pixel spacing. In a very interesting document from Marcus Engdhal @mengdahl "Multitemporal InSAR in land-cover and vegetation mapping"... it is well explained that: [image] So this is understandable OK, but… studyng SAR geometry, it is said that slant range resolution is a constant value while …

I have some Tandem-x images that they have different dimensions. You can see the dimension of one of them in below:
dimension: 9659*6081 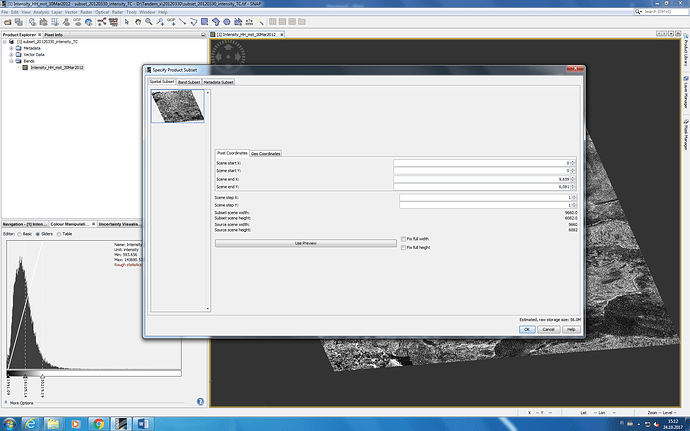 you can do this easier by coregistration of all images. If you select a master image, its resolution and extent is used for all salve images. You can define the resampling technique and what should be done with areas which aren’t covered by all images (minimum extent, master extent, maximum extent).

Thanks for the help @ABraun
I have some more questions, please look at them:

You can see my steps in below: 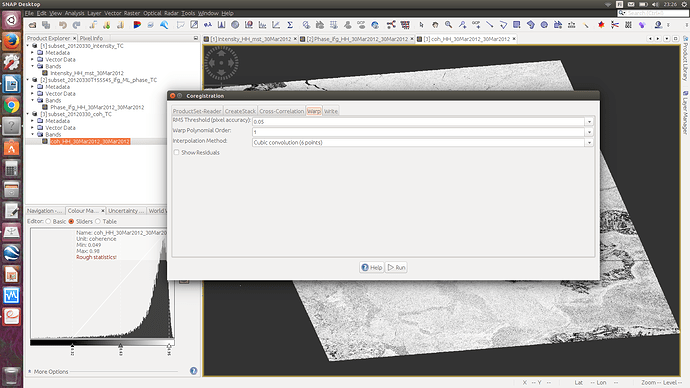 Another important thing;
5. How can I see what is the resolution of my original data? As I mentioned that before when I went to re-sampling part, the resolution part was zero. Why?

yes, the value in “Mean GR Square Pixel” should change according to your entered value. I’d try 2 Range looks at first.

You can then, in the RD Terrain Correction module define the final resolution (resampled).

I have one question regarding this answer that you (@ABraun ) gave. Sorry if I misunderstand.
As I look at SNAP software, there are several ways for changing resolution;

Each of these steps changes the resolution but they still perform different tasks:

It totally depends on what you want to do with your data. There is no “standard” way of perparing SAR data for analyses. Sometimes multi-looking simply helps to see the image undistorted.

I know this topic is closed for over 2 years now, but I need to ask you this:

When I give the pixel size of 30 m in RD terrain correction for my SAR image, spatial resolution is set to 30 m. However, when I subset (Clip) my image in Arcmap according to the shapefile, if I want to make the same rows and columns as my Landsat image (Subset from same shapefile), pixel size changes to 30.5 and 30.9. Pixel size of Landsat is 30 m. Can someone please tell me why this happens and how can I prevent it?

Thank you for help!

I’d say this depends on how ArcMap treats pixels which partly lie outside the shapefile. You can check in the processing environments if you find some setting which indicate that resampling is involved.

If you want to adjust Sentinel-1 and Landsat-8 to have the same pixel sizes and numbers, you can use the collocation tool with the one of smaller coverage as the master and the other as the slave.

Thank you for help!

Just letting you and everyone know that re-sampling twice worked.